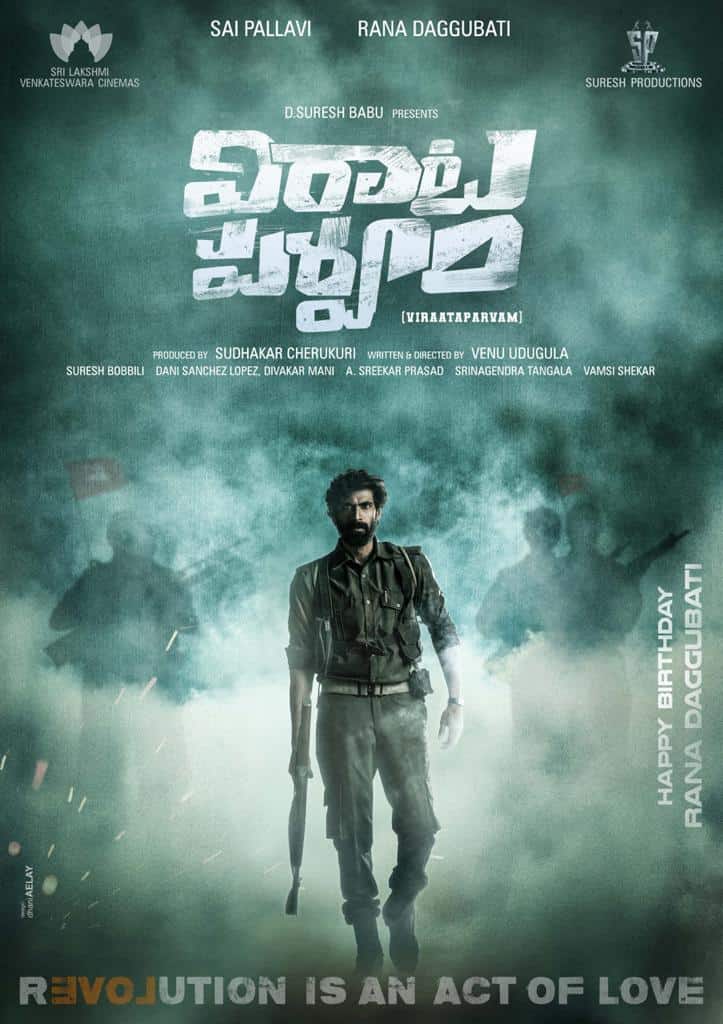 Rana Daggubati’s fierce and ferocious look as Ravi Anna from Viraata Parvam is out. Commemorating Rana’s birthday, the makers have unveiled the first look of Rana from the film. Sporting uniform and holding a gun, Rana looked a rebellion. He plays a revolutionary fighter Ravi Anna in the film. The first look poster reads caption, “Revolution is an act of love.”

Earlier, the makers had unveiled a pre-look poster of Rana where his face is covered with a scarf. Meanwhile, the makers are going to release a glimpse of Rana from Viraata Parvam today at about 11 AM.

Viraata Parvam revolves around naxalites. Sai Pallavi has an equal-importance role in the film. The film also has Nandita Das in a key role. Whereas Priyamani plays the role of Comrade Bharatakka. The film is said to have five strong women characters. Venu Udugula earlier directed Needi Naadi Oke Katha.