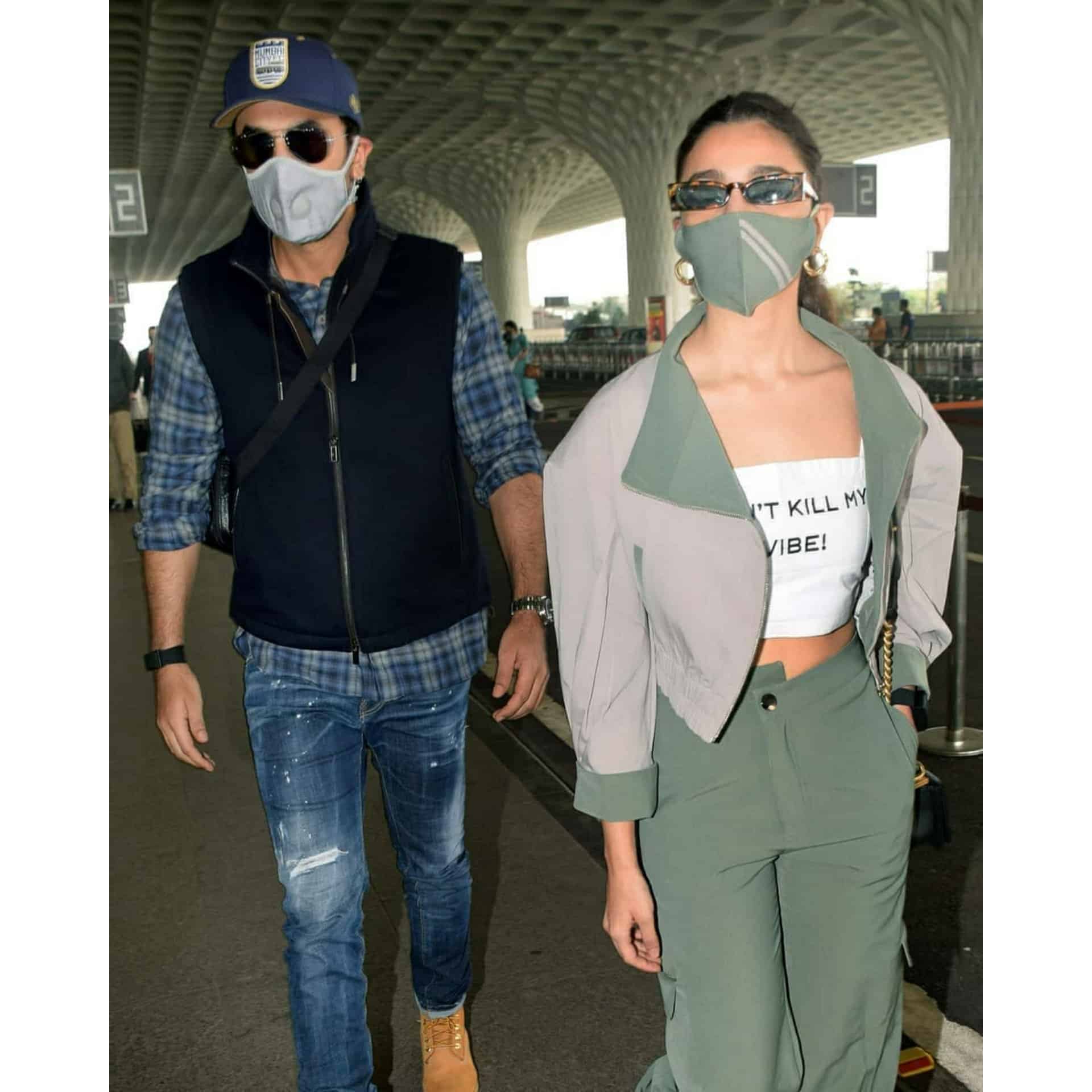 Spotted at the Mumbai Airport leaving for Goa were the power-couple Ranbir Kapoor and Alia Bhatt. The duo are ready to take a break from their hectic work schedules and are planning to get-away for a while.

Both of them were dressed in casuals, while Alia sported a crop-tee which says, “Don’t kill my vibe”, Ranbir was looking handsome in his half jacket and checked shirt.

On the work front, Ranbir Kapoor is gearing up for YRF’s Shamshera. Ranbir Kapoor and Alia Bhatt starrer Brahmastra. Brahmastra is a trilogy that took over six years just to pen down. The movie was supposed to be released on the 4th of December. However, due to the pandemic it was further delayed. Amitabh Bachan, Nagarjuna and Dimple Kapadia are amongst the other stars of the movie.

Meanwhile, Alia Bhatt is shooting for Sanjay Leela Bhansali’s film, Gangubai Kathaiwadi. She also wrapped her work with RRR for now and will be resuming the sets from 18th under the direction of S.S. Rajamouli in Hyderabad. After such work we all do agree, that this power couple does deserve a get-away!