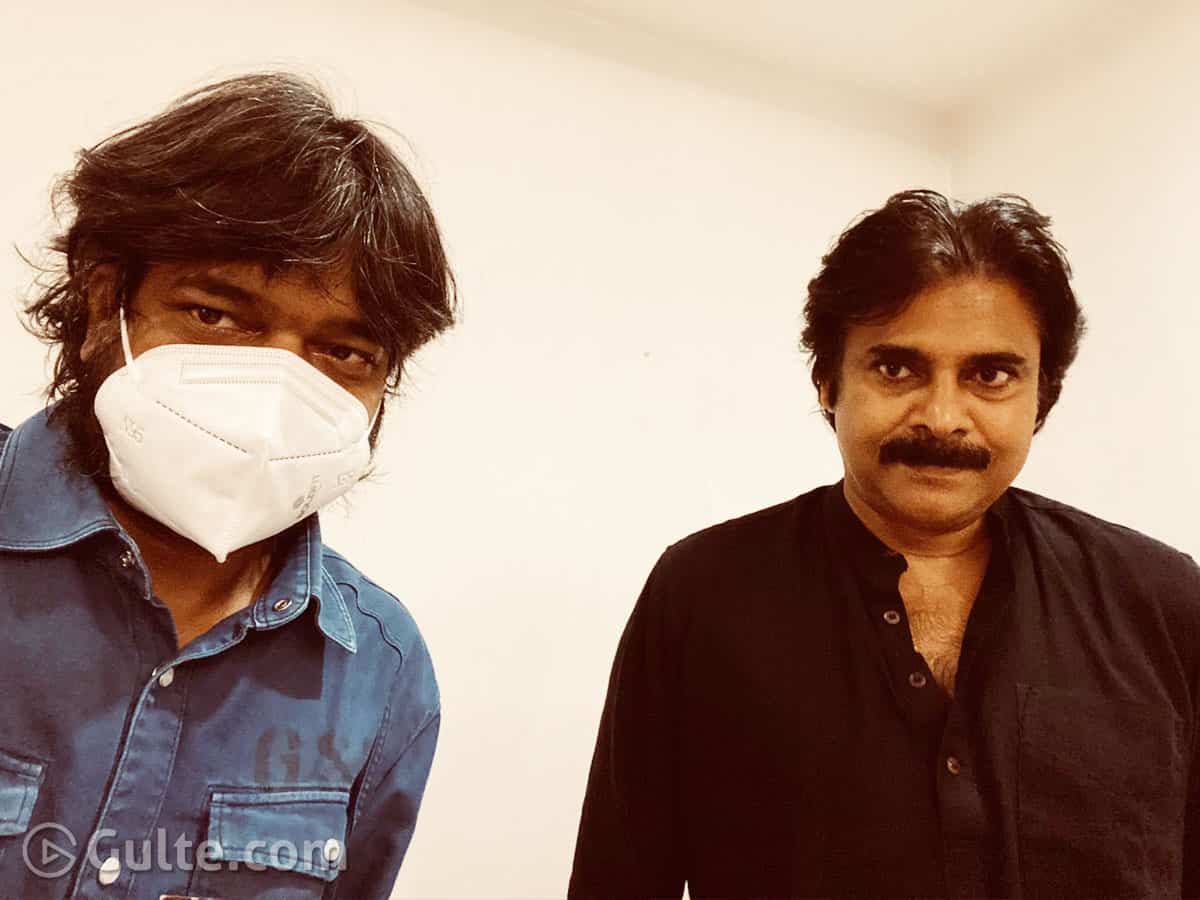 Director Harish Shankar gave a blockbuster to Pawan Kalyan in the form of Gabbar Singh. After a gap of nine years, the duo is all set to team up for a new project. Implying the start of this film, Harish met Pawan the other day and wished him a very happy New Year.

Harish shared a few pictures from their meet and tweeted, “Had a long and productive meeting with our Power Star @PawanKalyan. This is not just an excitement but an ignition to a huge start. Love you Power Star.”

Replying to his tweet, music director Devi Sri Prasad wrote, “Wowwwwwhoooooooooo. Superrrr Sirrrrr Jiiiii @harish2you !!! And those Rocking Scenes that U already narrated to me…can’t wait for the Euphoria in the Theaters !!!”

The tweets of these two are now making Power Star fans go crazy for this project. Devi Sri Prasad will be composing the music of this film and Ayanaka Bose will be handling the cinematography. Mythri Movie Makers will bankroll the project. It will go on the floors later this year.