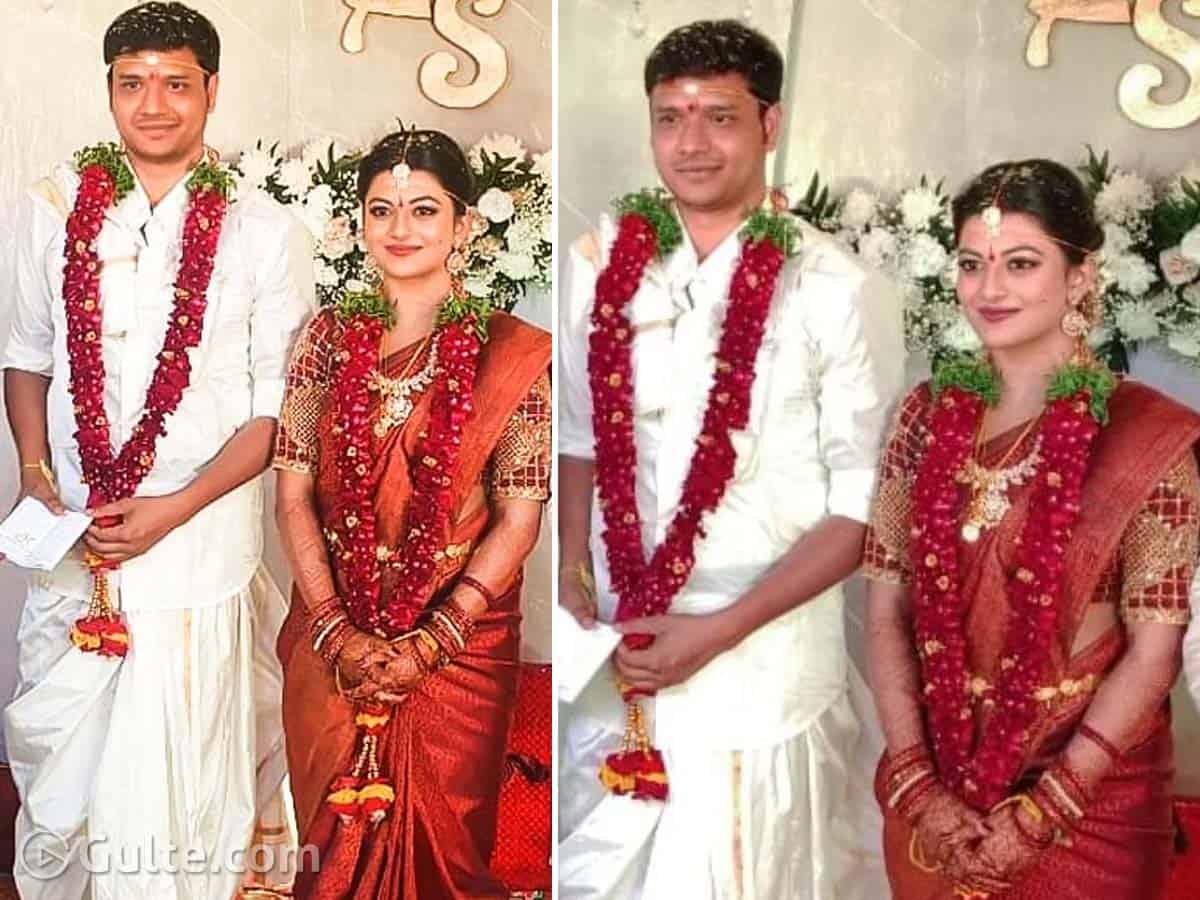 Anandhi is one of the Telugu girls who established a successful career in the Kollywood industry. Although she made her debut in Telugu cinema, she got success in Tamil cinema. Having made her debut with Maruthi’s Bus Stop, the actress shot to fame with the Tamil film Kayal. She has now entered the wedlock on Thursday evening at Warangal.

Anandhi is married to Socrates who also works in films. Socrates is a co-director in Tamil cinema who is currently working for the upcoming Tamil film Agni Siragugal. The wedding ceremony took place at a convention center in Warangal amidst relatives, family members, and close friends.

After Bus Stop, Anandhi was typecasted for glamour roles in Telugu. Later she moved to Kollywood and scored a success. She acted in Trisha Ilana Nayanathara, Mari Selvaraj’s Pariyerum Perumal, Kadavul Irukkan Kumaru, and a few others.

Anandhi’s next Telugu release is Zombie Reddy, starring Teja Sajja in the lead role. Prashanth Varma is the film’s director.