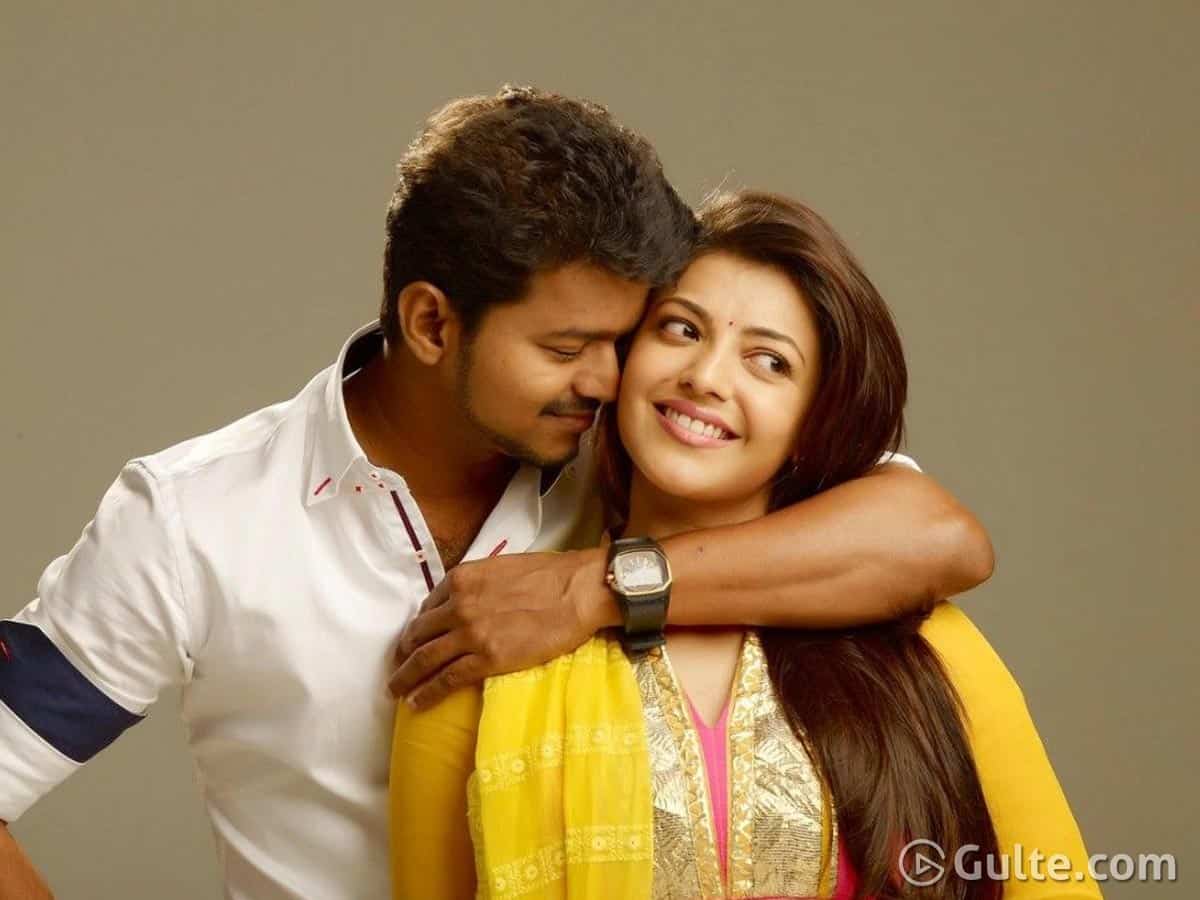 At a time when many ruled out Kajal Aggarwal’s career progressing any further, the actress shocked them all by acting with superstars in films like Sardar, Brahmotsavam and finally Khaidi No 150. Though young heroes are not so ready to pair up with this senior starlet, it looks like she is a hot favourite for aged stars.

Already Kajal is doing Kamal Haasan’s Bharateeyudu 2 and then she got call from Chiranjeevi for Acharya. After these two films, the actress will be most likely to join Tamil star Vijay if reports are to be believed. Though she will not be the sole leading lady, we hear that director AR Murugadoss wants her to play a short role with a couple of songs as this film happens to be a sequel of Thuppakki movie.

Definitely this is another big break for Kajal Aggarwal as she has earlier acted in a similar short role in Vijay’s Mersal movie too, which they say she is a lucky charm.

They say that Kajal stepped on fox tail by grabbing big films like this. With 3-4 big movies lined up, the 34 year old hottie will be having a gala time after the lockdown gets lifted as she has to shuttle between lots of shoots.