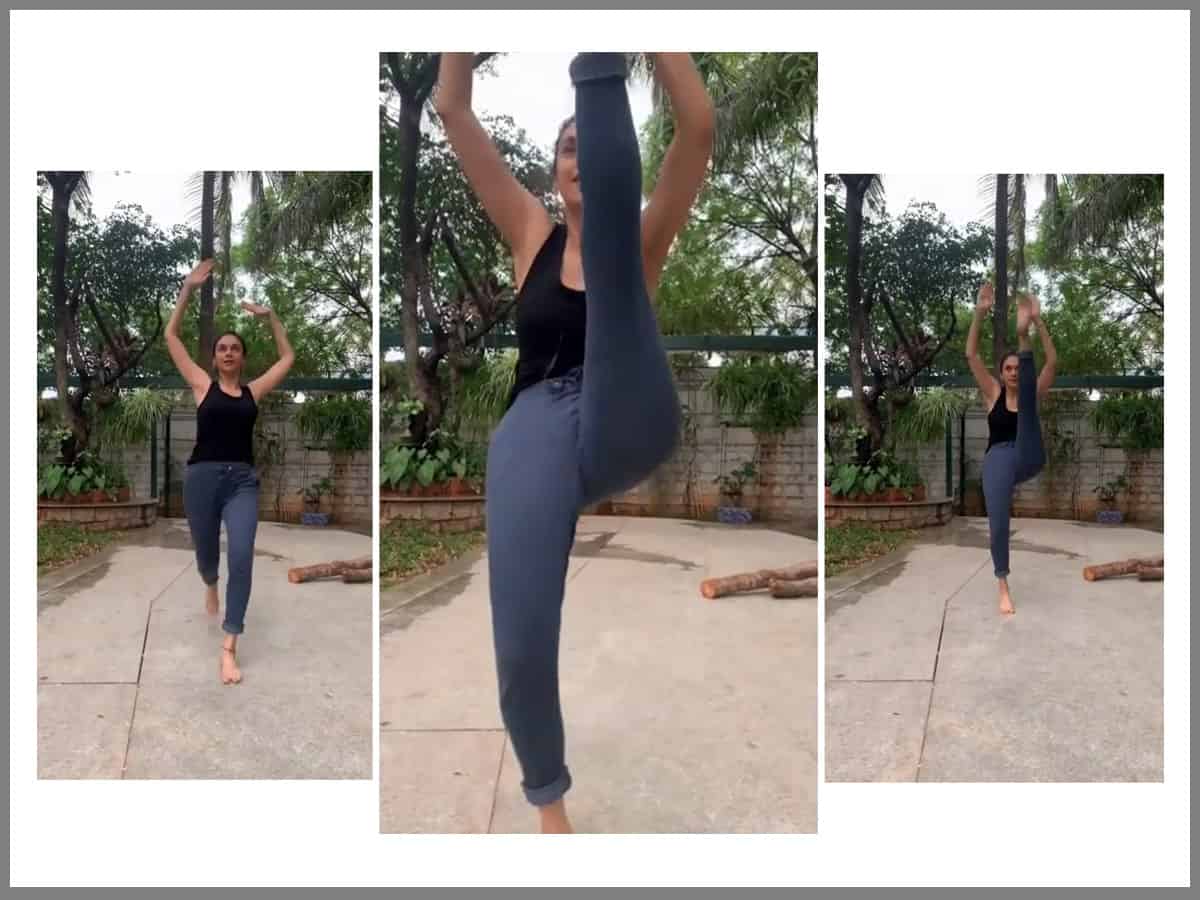 Actress Aditi Rao Hydari took to her Instagram to share a video which is definitely something more than just a workout video. Aditi, who was last seen in Mysskin’s Psycho, is seen practising some leg exercises and captioned the video as, “Kicking those blues away while trying to not fall flat on my face #KalariPractice #QuarantineDiaries.”

She is seen kicking her blues away, and has even given us a hint to understand that she is learning Kalaripayattu, which is one of the ancient martial art which is used for fighting. It is originated in Kerala.

The actress hasn’t revealed what is the particular reason behind she choosing to learn the art, but looks like she is prepping up during this lockdown period to practise and make her skill better.

Buzz is that Aditi is learning it for Ponniyan Selvan, a mythology based film which is part of. The film is a Mani Ratnam directorial and being something that has a lot about action, it is expected that the actress is just trying to become a pro in learning it.

Also, she is part of three Malayalam films and even that could be a reason why she is learning, or the script must have demanded.