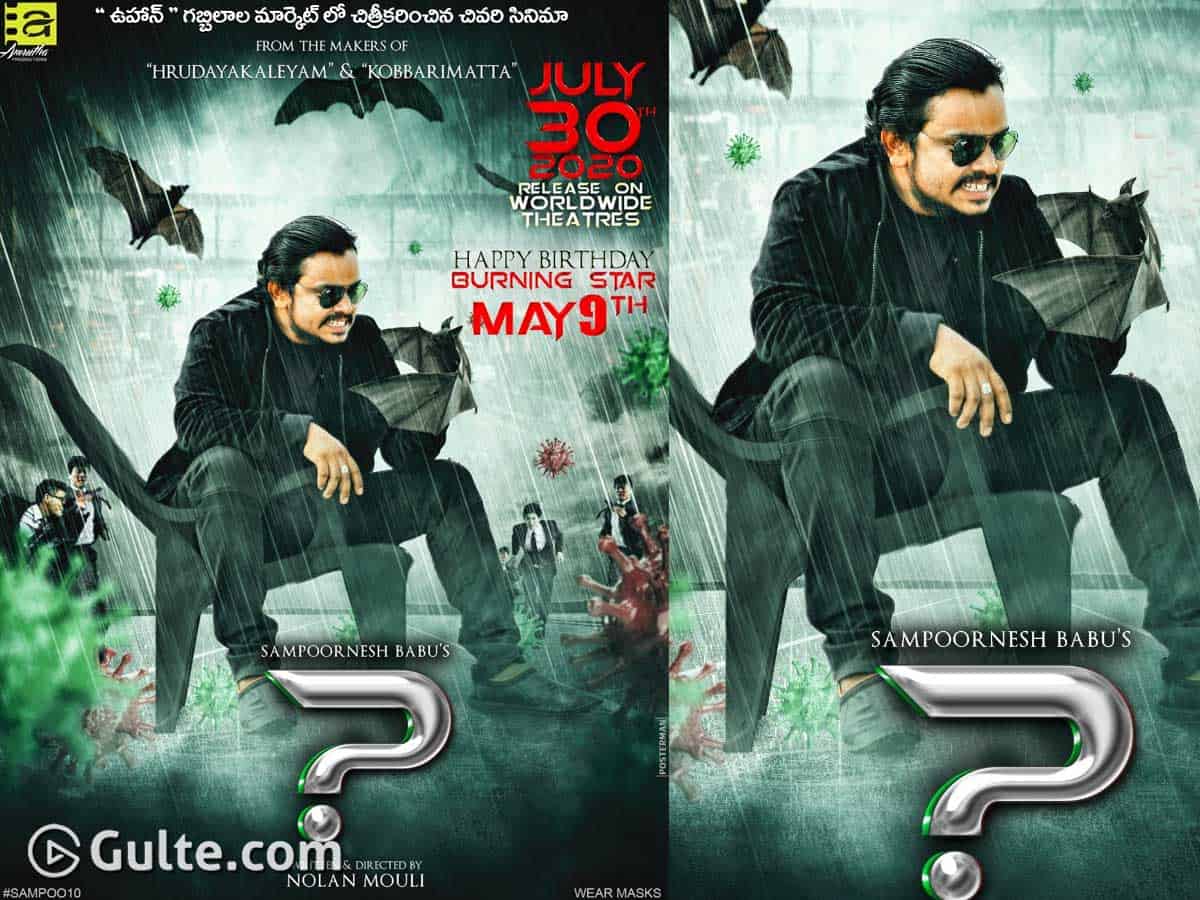 Would you believe it? If someone says that they have shot a movie in Wuhan’s controversial animal market where they sold bats and from where the coronavirus is said to have originated, it is surely tough to believe. But this comedy hero is using that to his advantage.

‘Burning Star’ Sampoornesh Babu has popularised himself through whacky dialogues and spoofs of big movies. His movies like Hrudyakaleyam and Kobbarimatta have enthralled audiences for the same silly comedy though there is nothing content-wise to boast about. And now, on the eve of his birthday (May 9), Sampoo is promoting his latest movie in a similar fashion.

Here comes a poster of his so-called next movie where it is claimed that this is the last movie shot at Wuhan bat market. And they have announced July 30th 2020 as the worldwide release date. While we know that the poster is just a fake thing, surely it is making everyone laugh for the kind of creativity that’s dripped into it.