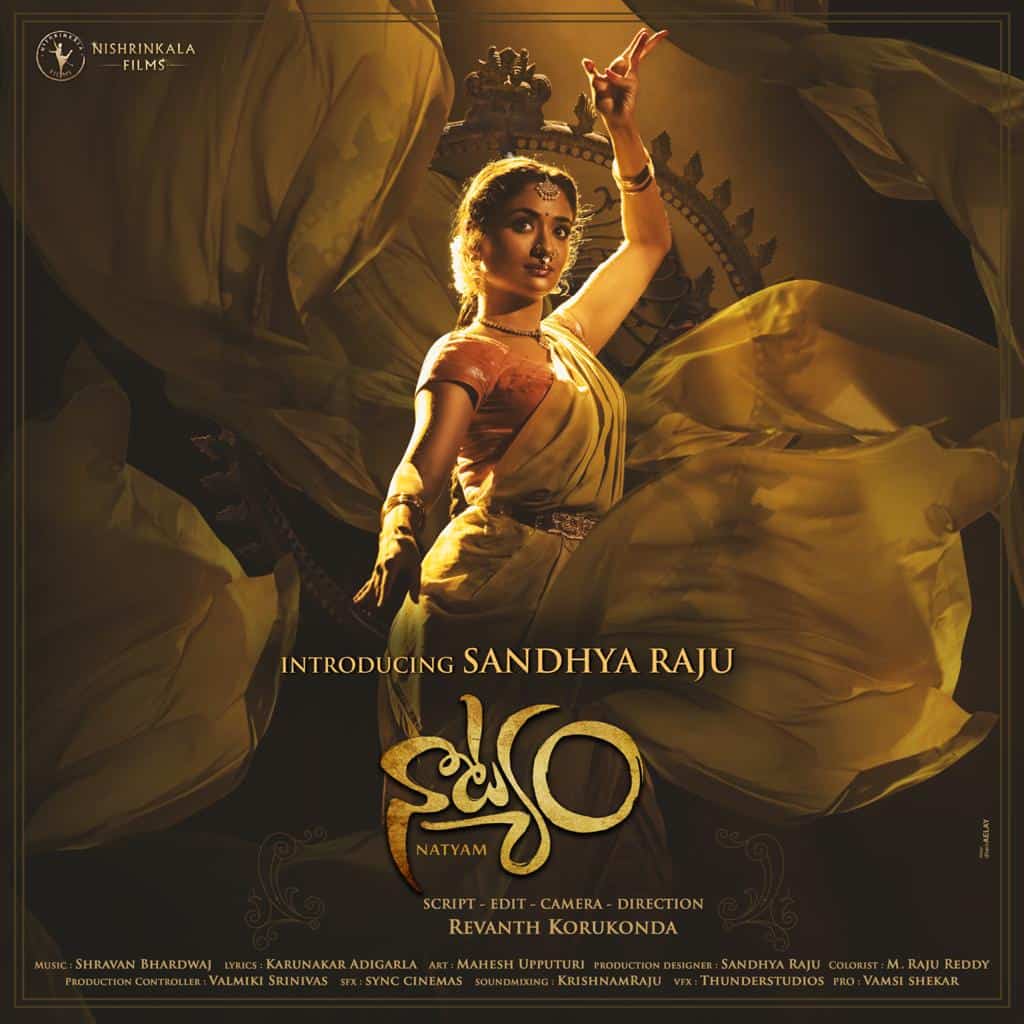 Ram Charan’s wife and entrepreneur Upasana Konidela has released for look poster of Natyam where Sandhya Rani is seen performing on a stage. She appears like Nata Mayuri in the picture.

Music for the film is scored by Shravan Bharadwaj, while Revanth Korukonda is also handling writing, camera and editing departments. Nishrinkala Films is bankrolling the project.