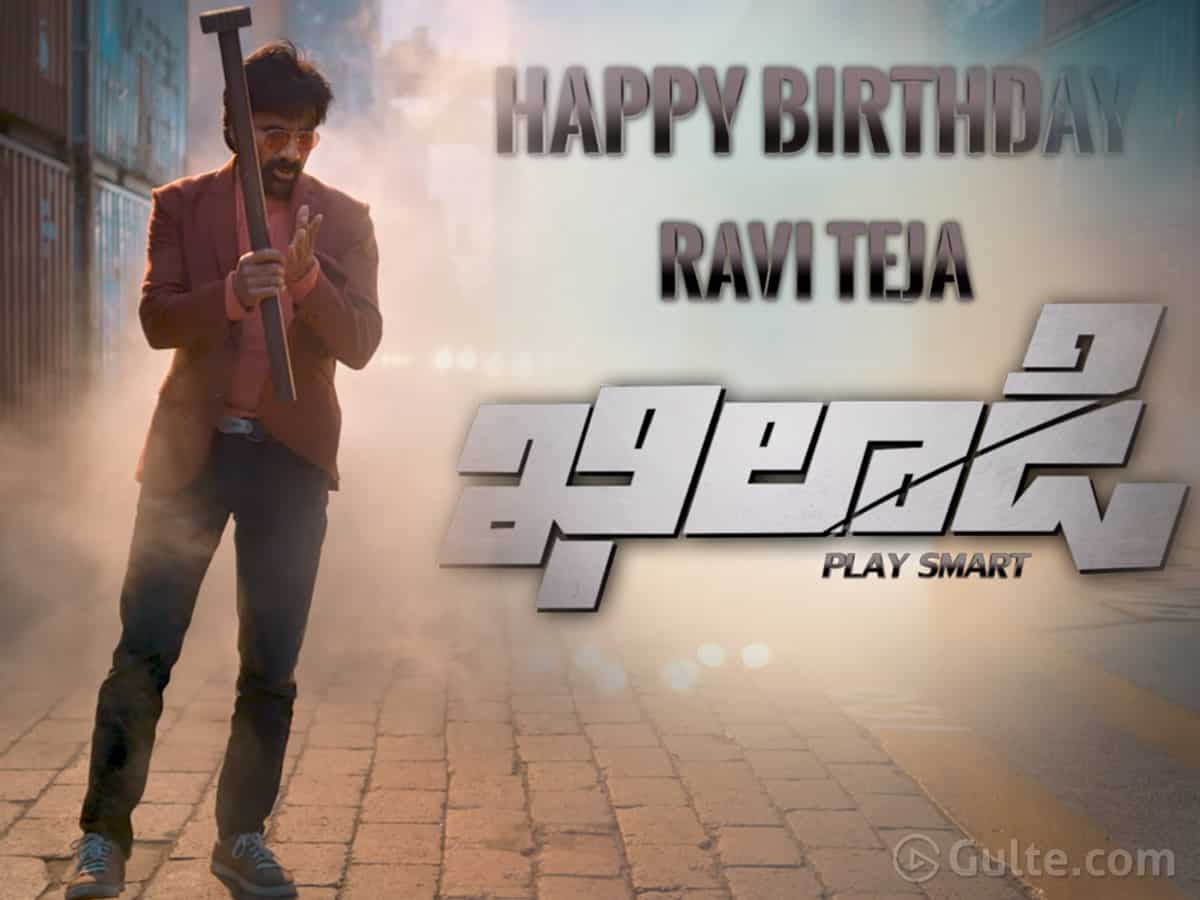 Marking the birthday of Mass Maharaja Ravi Teja today, the first glimpse of his upcoming movie ‘Khiladi’ is unveiled by the makers. Set on the backdrop of a ship yard, Ravi Teja makes a stylish entry.

Ravi Teja looks suave in his formal attire, yet he holds a hammer-type iron weapon in his hand thus giving a mass touch to his stylish avatar. The glimpse concludes rolling out the birthday wishes to Ravi Teja and it is impressive.

Meenakshi Chaudhary and Dimple Hayati are the female leads of this film produced by Satyanarayana Koneru under A Studios and Pen Movies banners.