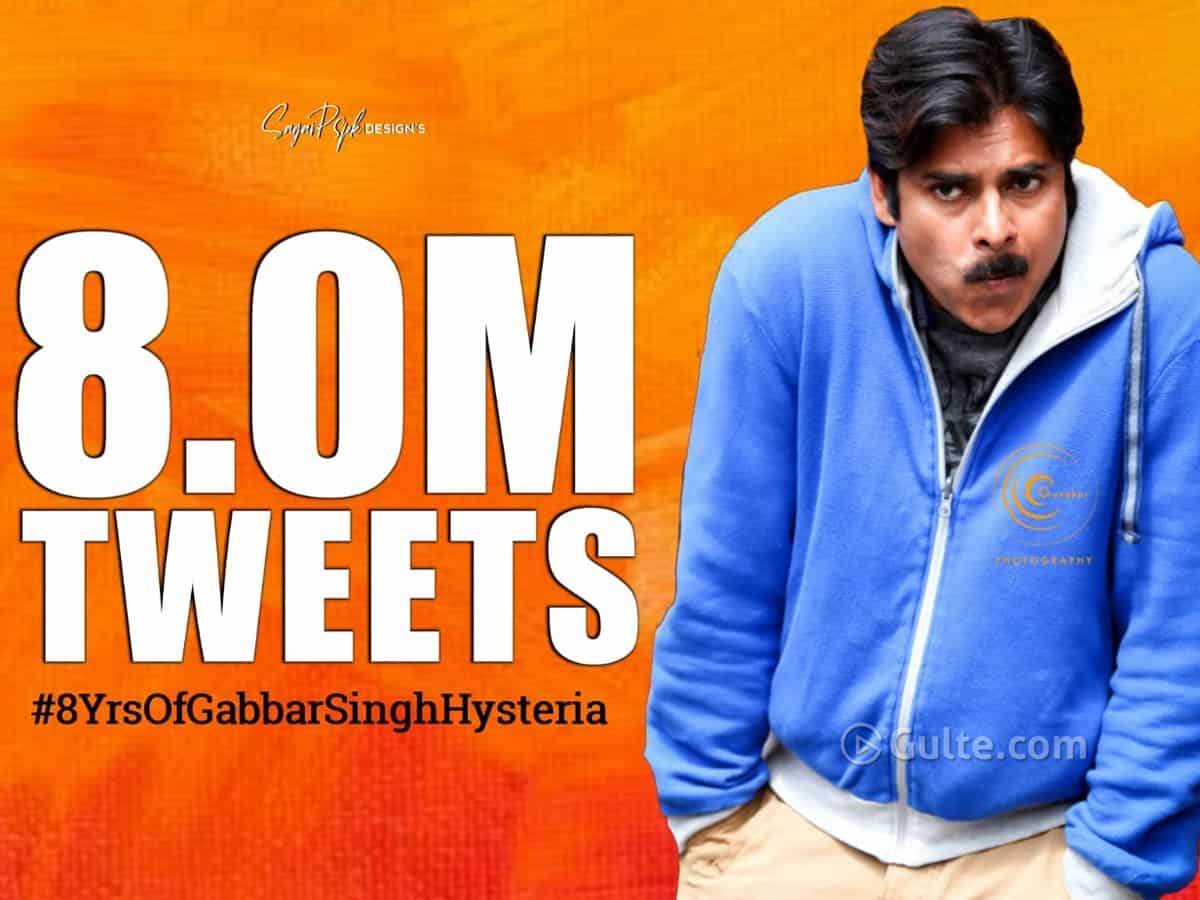 Yesterday, Pawan fans set out with a target to clock a record total of 10 million hashtag trends for #8YrsOfGabbarSinghHysteria. But the craze is such that the hashtag has already been trended over 8 million times until 9 am this morning. Going by the fans’ euphoria, clocking another 2 million trends by this afternoon seems to be a cakewalk.

It won’t be an exaggeration to say that the hashtag may even clock over 20 millions trends by the end of the celebrations tonight. Also, Pawan’s Twitter handle @PawanKalyan has been mentioned nearly 6 million times, which is a new national record.

All in all, Pawan fans seem to be determined to rule the Twitter trends by even taking on the previous records set by die-hard fans of top Tollywood stars like Mahesh Babu, Prabhas, NTR, Ram Charan and Allu Arjun and even Tamil stars Ajith and Vijay.