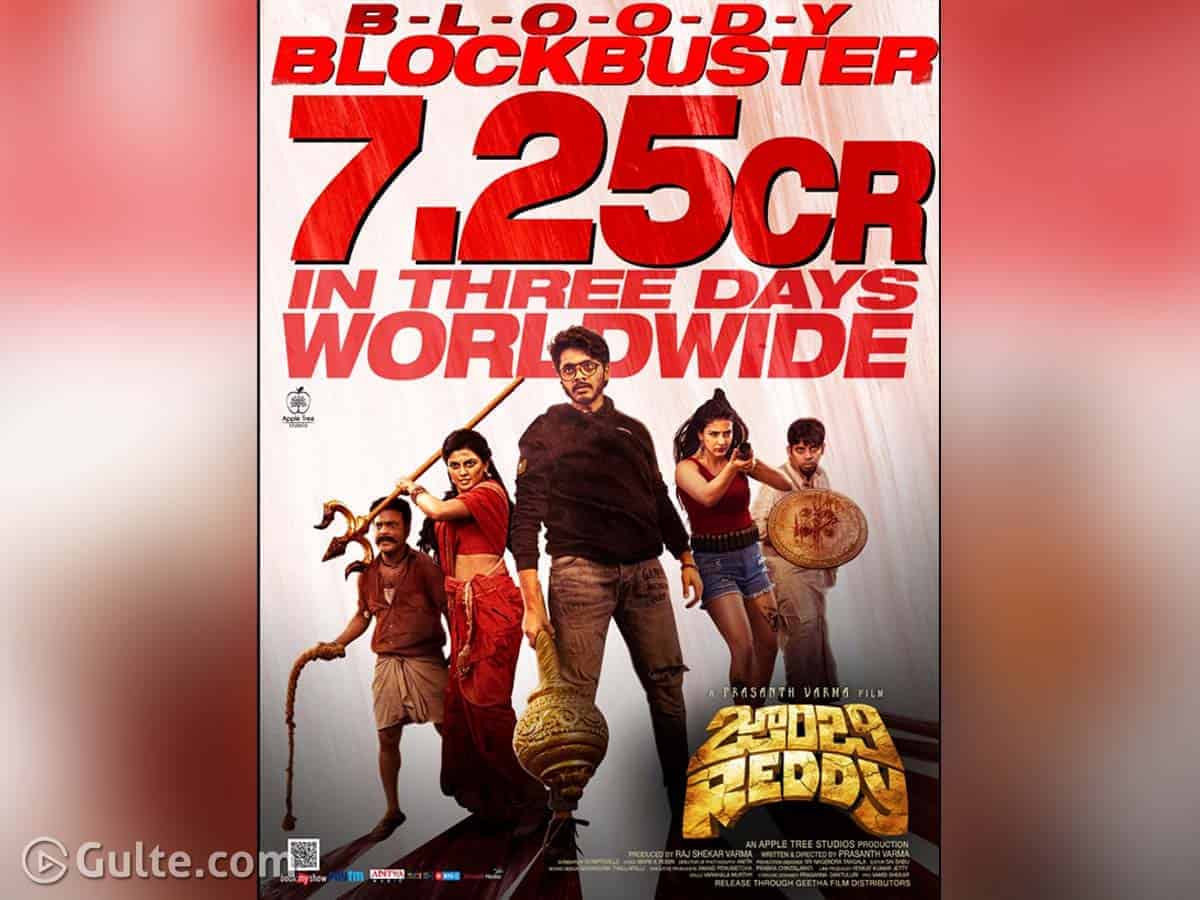 Telugu cinema’s first zombie genre film ‘Zombie Reddy’ had hit the box office last Friday. The film which posted decent collections on day one, has had a terrific weekend. The first weekend collections are reported as Rs 7.25 crore gross while the share is expected to be Rs 3.89 crore.

On Sunday alone ‘Zombie Reddy’ has collected Rs 2.86 crore gross and Rs 1.60 crore share. These numbers show the film clicked quite well with the audiences. The entertainment factor worked a lot in the film’s favour despite the critics giving mixed feedback.

The collections are confirmed by the makers Apple Tree Studios banners with a tweet. They are thrilled with these numbers and are hoping the film will have its dream run during the working days too.

But the real test for the film will be on Monday that is today. If the film manages to pass Monday test, no doubt ‘Zombie Reddy’ will break even this week and makes profits.