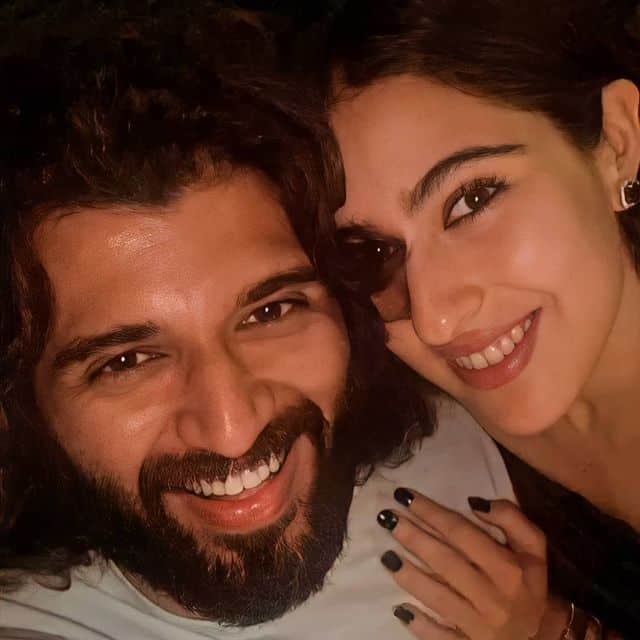 Vijay Devarakonda’s popularity has spread to all corners of our country and he is gaining that top spot among India’s heartthrobs. Initially known as a Tollywood hero, VD is reaching heights with his charm and defined manliness. With his massive fan-following, even Bollywood actress Sara Ali Khan confesses her admiration towards the actor.

With the announcement of his pan-Indian film Liger, Vijay is sure to take over Bollywood soon. Today, Sara shared a selfie with VD on her Instagram stories and called it her fan-moment. Vijay looks dashing as always, sporting a casual white T-shirt. Ans Sara looks happy with all smiles.

Vijay Deverakonda and Puri Jagannadh’s Liger will have the former take a plunge into Bollywood and the film have beautiful Ananya Panday as the lead actress. The film will be released in five languages namely, Hindi, Telugu, Tamil, Kannada and Malayalam.

On the work front, Sara has started shooting for her next, Atrangi Re and she will be seen alongside Akshay Kumar, Dhanush and Nimrat Kaur.The film is being directed by Aanand L. Rai.