Pushpa Posters: Four Details That Are Hard To Miss 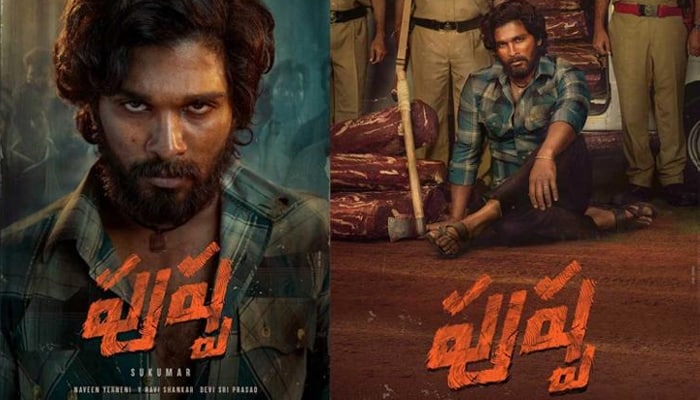 Other day released first look poster of Allu Arjun and Sukumar’s upcoming film “Pushpa” has become the talk of town now. Especially some details given in the second poster of the movie are hard to miss, and are making cine lovers run their dreams to the core, to figure out what the Rangasthalam director is actually carving.

One of the first detail that could be felt in both the posters is the logo design itself. The title has wood lines all over (dont confuse it for fingerprints), which will be visible when aged trees are chopped off. Thus it gave an idea that the film is somehow associated with the cutting of trees.

And the second poster has the story all over it, as there are red sanders in the background, confirming that the film is all about the smuggling of sandalwood from Nallamala forests. That almost confirmed the rumours in place regarding the film’s story.

And the most stunning detail from the poster is the van in the backside. While that looked like a Maruthi van, actually the news of smugglers using a Heritage brand’s milk van to smuggle red sanders became a hot topic in 2017. That van got seized by task force sleuths and it looks like Sukku got inspiration from that news story.

The last one happens to be Bunny’s additional finger, as netizens found that they have seen a sixth finger on one of the toes of our hero. But the merit here is, if someone has polydactyly (multiple fingers), the most commonly affected are either right hand or left foot. And Sukumar never ceases to amaze us as he follows medical details quite well.

Well, one Sukumar is coming up with a first look, surely audiences get excited for the very same reason. He amazes with this creativity.