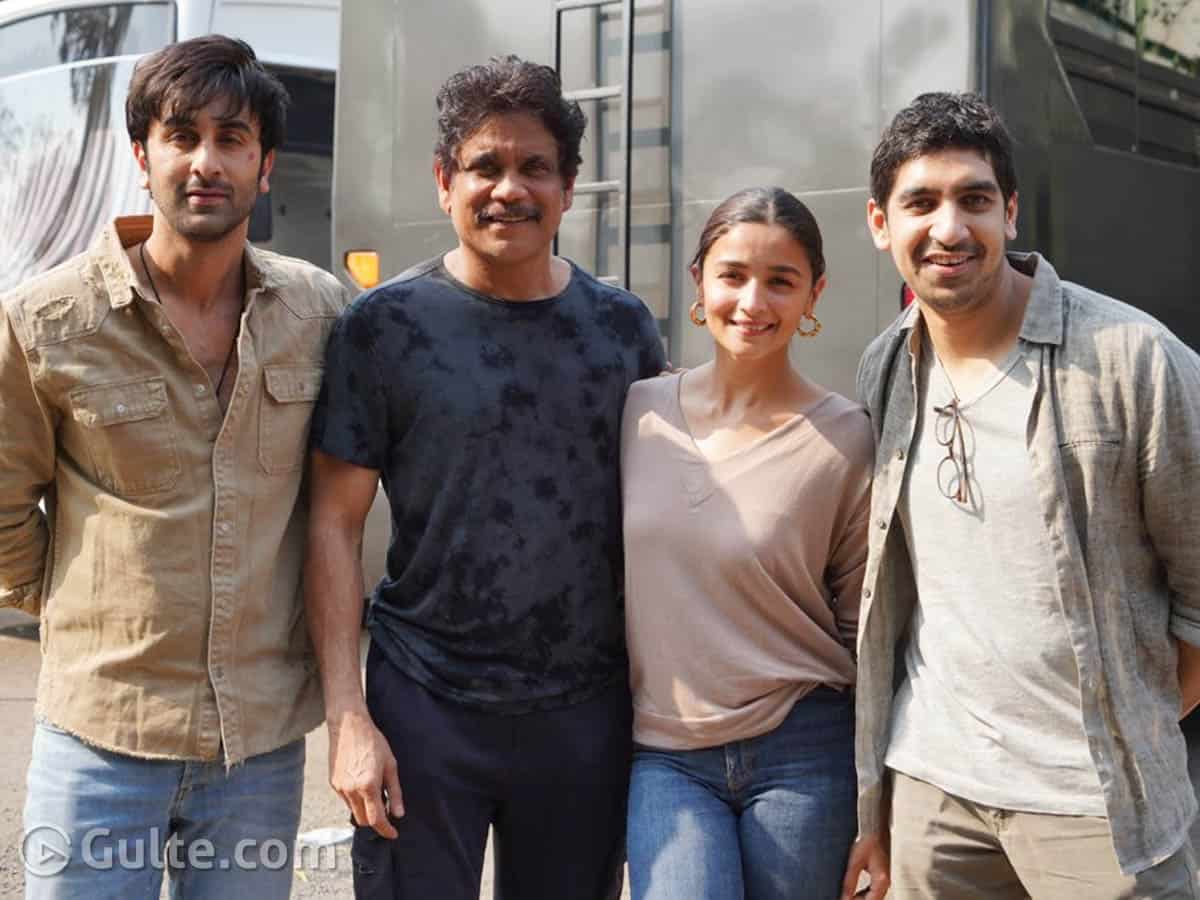 Nagarjuna Akkineni, who is returning to Bollywood with Brahmastra, has heaped praises on the film’s lead actors Ranbir Kapoor and Alia Bhatt. Nag called Ranbir and Alia as stellar performers. Nag has wrapped up the film’s shoot.

Brahmastra directed by Ayan Mukherji, Brahmastra is a fantasy film. Revolving around the most powerful weapon Brahmastra, Nagaruna will be seen as an archaeologist. It is buzzed that archaeologist Nagarjuna along with his students go on an expedition on the banks of Ganga to restore an ancient temple.

Ranbir will be seen as Shiva, a guy-next-door who can emit fire from his hands and Alia Bhat plays Isha, Shiva’s romantic interest. As per reports, an important event in the film leads Ranbir (Shiva) and Alia (Isha) to Nagarjuna and the story unfolds in the ancient temple city Kashi before moving to the Himalayas. It is learnt that Nagarjuna’s track in the film is crucial and interesting.

Villains Mouni Roy, Saurav Gurjar also come into the picture in the Ancient Temple City and all come face-to-face in Varanasi.

Ayan had earlier directed two films with Ranbir. Both Wake Up Sid and Yeh Jawaani Hai Deewana were successful. Nag doing a crucial role in this Bollywood film is expected to garner good attention for the film in South as well.