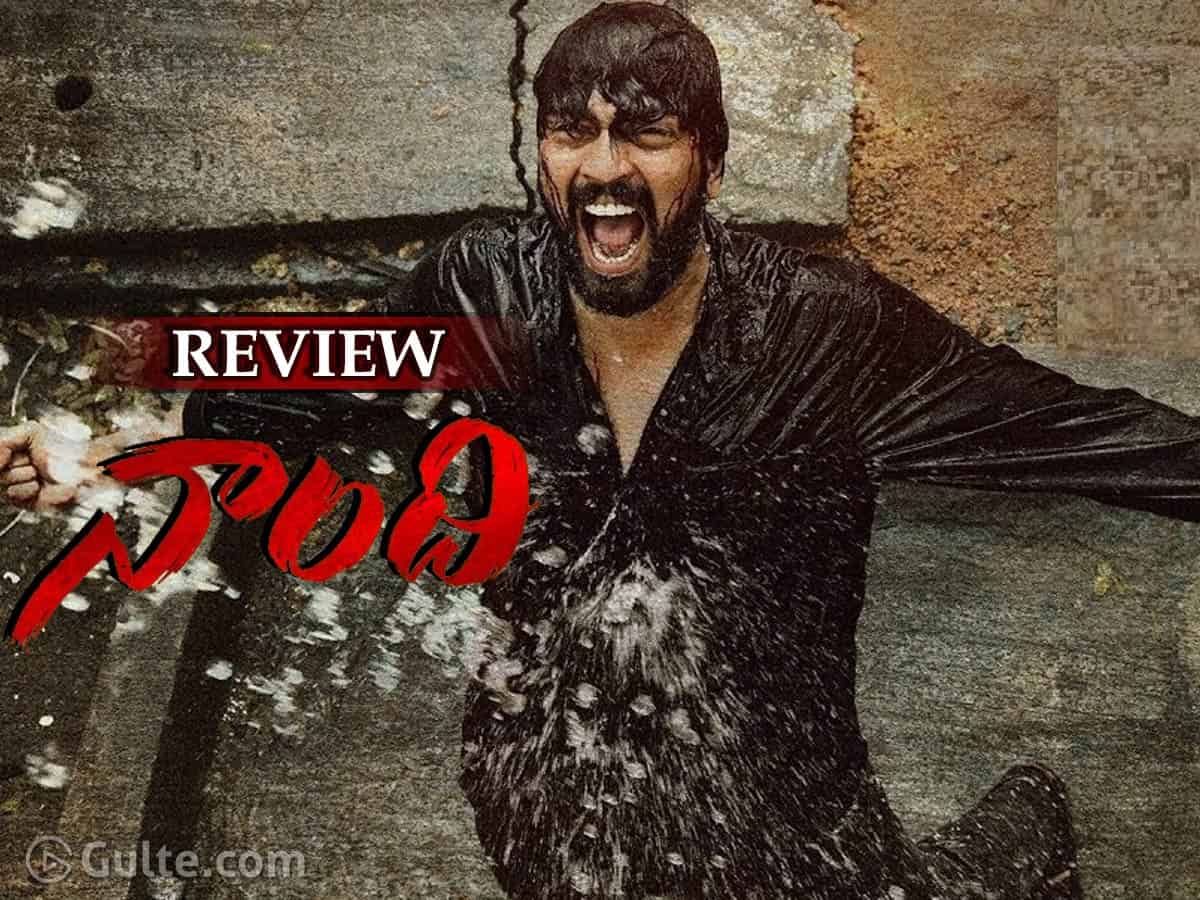 Allari Naresh has shocked many by going nude and baring his full body with the very first look of Naandhi. The film’s bold appeal has been drawing attention. Naresh is confident that the film would bounce back his career. Has Naandhi delivered? Check out.

Bandi Surya Prakash (Allari Naresh), a happy-go-lucky software engineer who is newly married, is wrongly framed in the murder case of Senior Advocate and Human Rights activist Raja Gopal (CVL Narasimha Rao). His life turns upside down. His family is lost. Love of his life leaves him. He remains all alone in jail for five years. He gets a breather in the form of advocate Adya (Varalaxmi Sarath Kumar). How does Surya Prakash fight against the system and the corrupt police officer Kishore (Harish Uthaman) is Naandhi all about.

Allari Naresh has breathed life into the role of an innocent prisoner Surya Prakash. Naresh’s pain and agony have been well captured. Naresh got under the skin of the role so well that he bring tears to the audience with his flawless performance. Naresh is the big asset of the film who carries the film on his shoulders. Varalaxmi Sarathkumar is the perfect cast as honest advocate Adya who fights for Surya Prakash. As a strong woman and lawyer who stands for principles, she is impressive. Harish Uthaman, as usual, does a good job as a baddie – a crooked and corrupt police officer. Praveen is good in the friend role. Priyadarshi as a Youtuber evokes some laughs here and there.

Writer-director Vijay Kanakamedala has picked up a different subject. He has established the characters well. He has succeeded in getting the emotion right. But the narration lacks tautness. After the protagonist walks out of the jail, the film turns predictable and becomes a regular revenge saga. The court-room scenes are not engaging enough. Yet, the debutant director deserves special mention for his overall work. Screenplay could be better though. Sri Charan Pakala’s music works in favour of the film. Cinematography is neat and editing is adequate.

Analysis
After a routine and outdated film Bangaru Bullodu, it is very bold of Allari Naresh to opt for such a role in Naandhi. The film is raw unlike conventional Telugu cinema. Naresh took a huge risk by doing the role. His attempt and giving best to the role is what scores well. Debutante director Vijay succeeded in holding the mood of the film till the end. Jail scenes are shot well. The pain of the protagonist is captured well. However, there are many scenes that are gritty.

A hefty politician being the mastermind is expected. The whole reason for murdering Raja Gopal is totally disappointing. Framing Surya Prakash in Raja Gopal’s murder is also not convicing enough. Predictable scenes in the second half mar the film.These could have been dealt well. Barring some flaws here and there, Naandhi as a film sticks honest to its story. It runs on Allari Naresh’s serious performance.