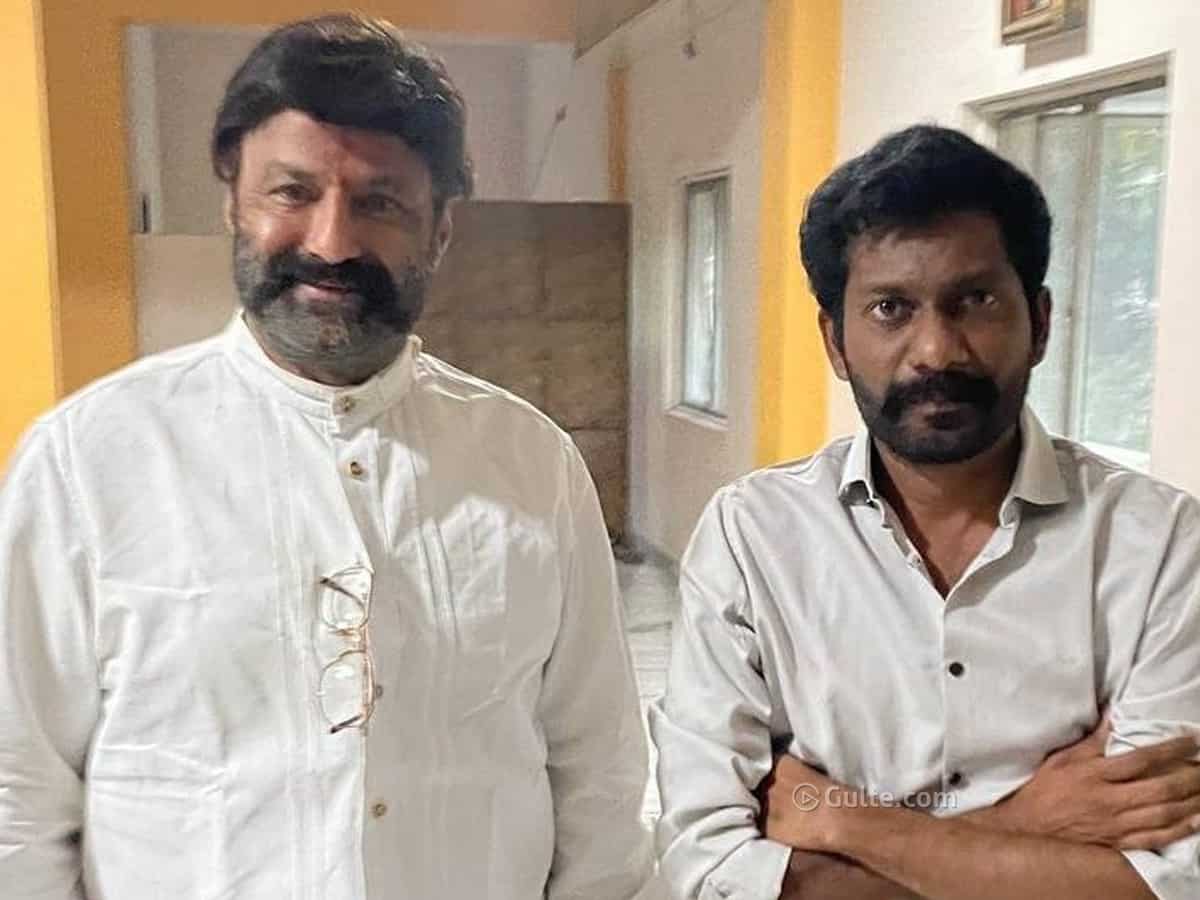 Uppena is one of the successful films released this year. The film has become a big hit at the box-office. A lot of film personalities liked the film which introduced Vaishnav Tej and Krithi Shetty in the lead roles. Buchi Babu Sana tasted success in his debut and Mythri Movie Makers produced the film. The film unit held a special screening for Balakrishna yesterday in Hyderabad. Balakrishna watched Uppena at Prasad Film Laboratories yesterday evening.

Sharing the picture of Balakrishna with Buchi Babu, the production house wrote, “Nata Simham #NandamuriBalakrishna garu enjoyed the screening of #Uppena along with his family & appreciated our entire cast and crew ❤️ #BlockbusterUppena”

It is rare that Balakrishna catches up on films featuring other actors. Balakrishna mentioned in the past that he does not watch movies. However, he watched Uppena yesterday and it is surprising everyone. Mythri Movie Makers will produce Balakrishna’s next in Gopichand Malineni’s direction. So, the producers requested the actor to attend the film’s special screening and share his feedback. It is one of the promotion strategies and Mythri Movie Makers implemented it successfully. Now that Balakrishna watched the film, his fans will also show interest in the film.

The official announcement of Balakrishna’s film with Mythri Movie Makers will be out soon.