Super Deluxe To Cash In Rise Of Vijay Setupathi In Telugu 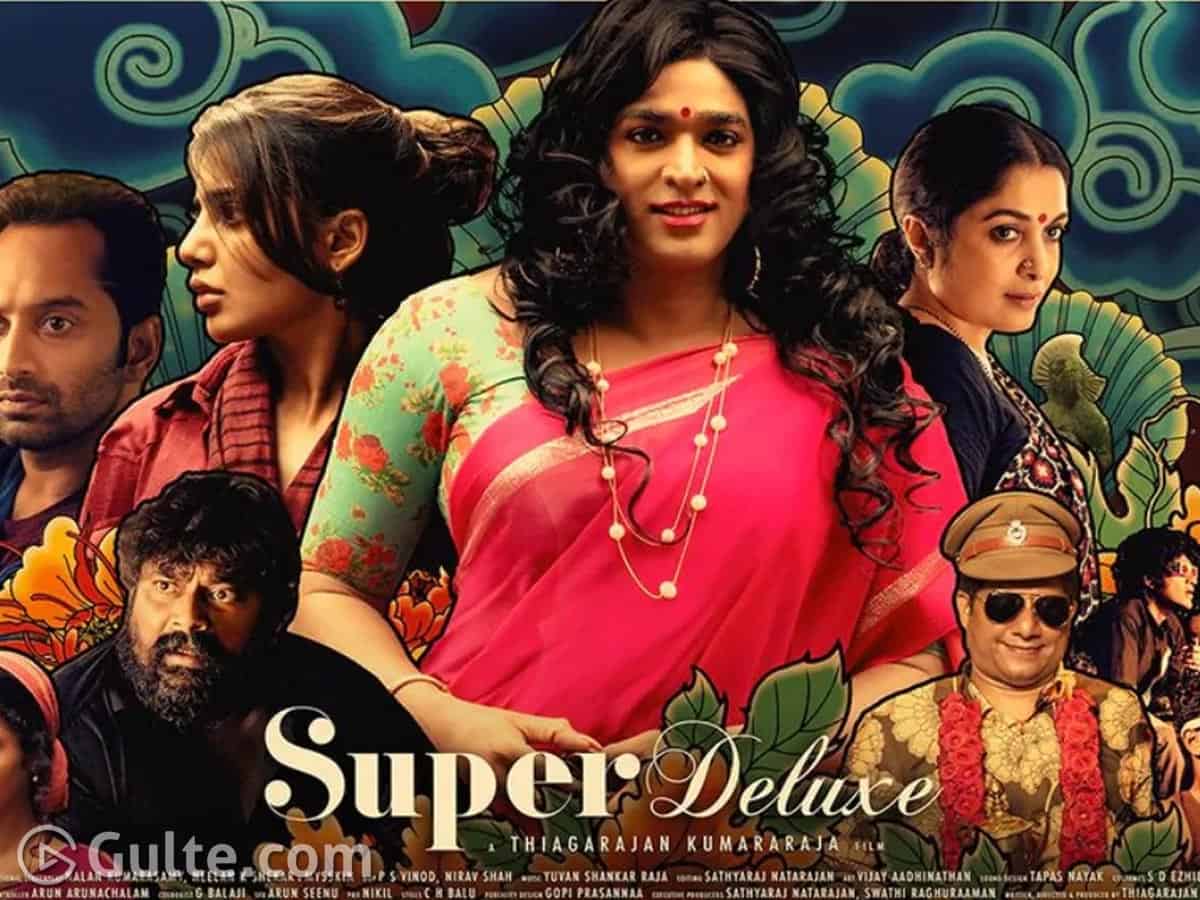 Whenever a Tamil hero gets fame in Telugu states, all of his previous films get dubbed into Telugu as well. The same trend is now being followed in the case of Vijay Sethupathi. The actor shot to popularity in Telugu by scoring back-to-back blockbusters with Master and Uppena. Now, his 2019 Tamil film Super Deluxe is getting dubbed into Telugu.

Directed by Thiagarajan Kumararaja, Super Deluxe is a dark comedy thriller that consists of an ensemble of a cast including Sethupathi, Samantha, Fahadh Fasil, and Ramya Krishnan. The film received wide critical acclaim and has done reasonably well at the box office.

Sethupathi played the role of a transgender in this movie. His performance was widely appreciated and often considered as his best works. Thus, Telugu producers are dubbing the film here and are trying to cash-in on the popularity of Sethupathi. The inclusion of Samantha and Ramya Krishna may also draw the attention of Telugu audiences. The release date of the dubbed version will be out soon.