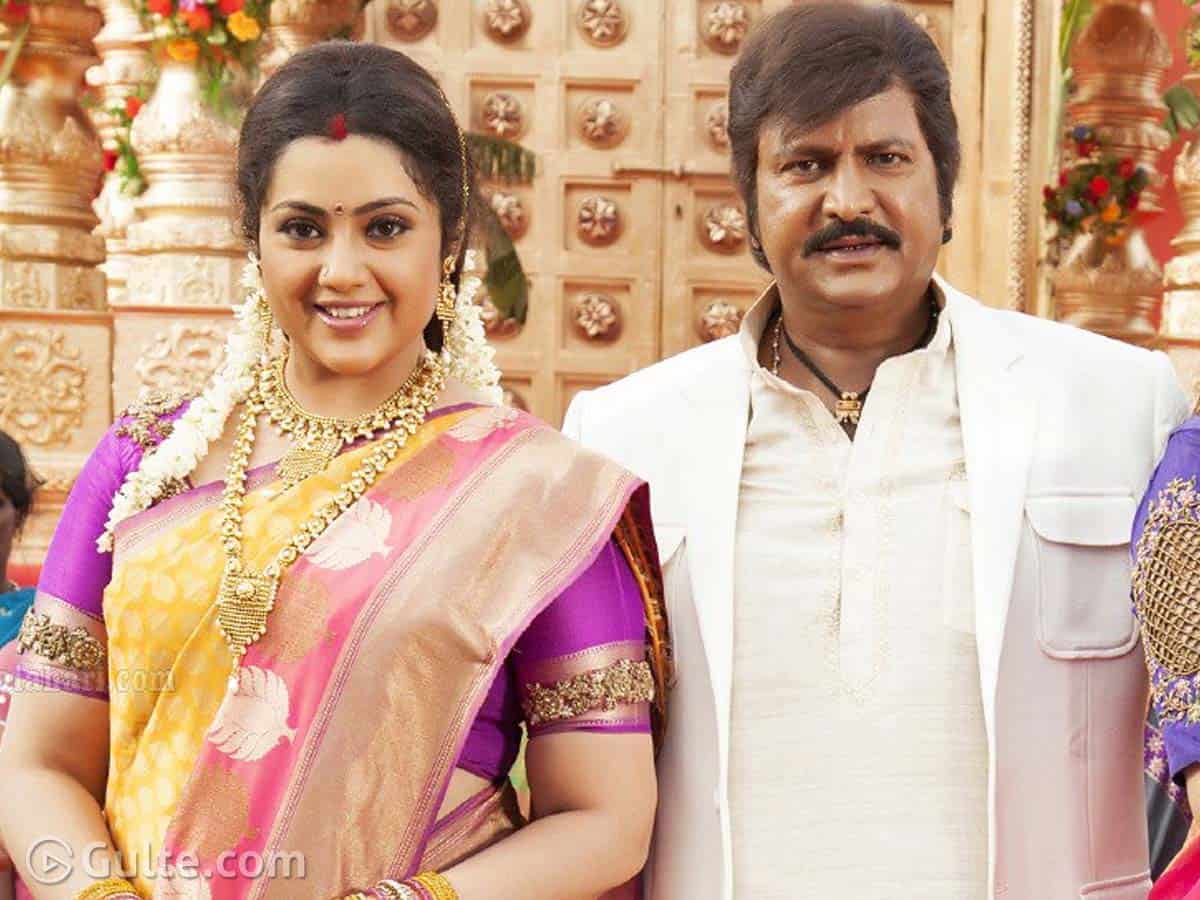 Meena, who is back in limelight with Drushyam 2’s phenomenal success, is going to be seen in a forthcoming Telugu film. Meena is pairing up with none other than Mohan Babu in the actor’s upcoming prestigious film Son Of India.

Meena will be seen as as Mohan Babu’s wife in the film. She is said to have an important role in the movie. The pair had worked in several films earlier. Especially, Allari Mogudu was a classic hit of the duo.

Son Of India, a patriotic film, on the lines of late NTR’s Major Chandrakanth, the film will have a strong social message. Mohan Babu himself has penned the screenplay besides playing a hard-hitting role in the film.

The film directed by Diamond Ratnababu has ‘Maestro’ Ilayaraja composing the music. Vishnu Manchu’s wife Viraanica Manchu is turning as stylist for the film.