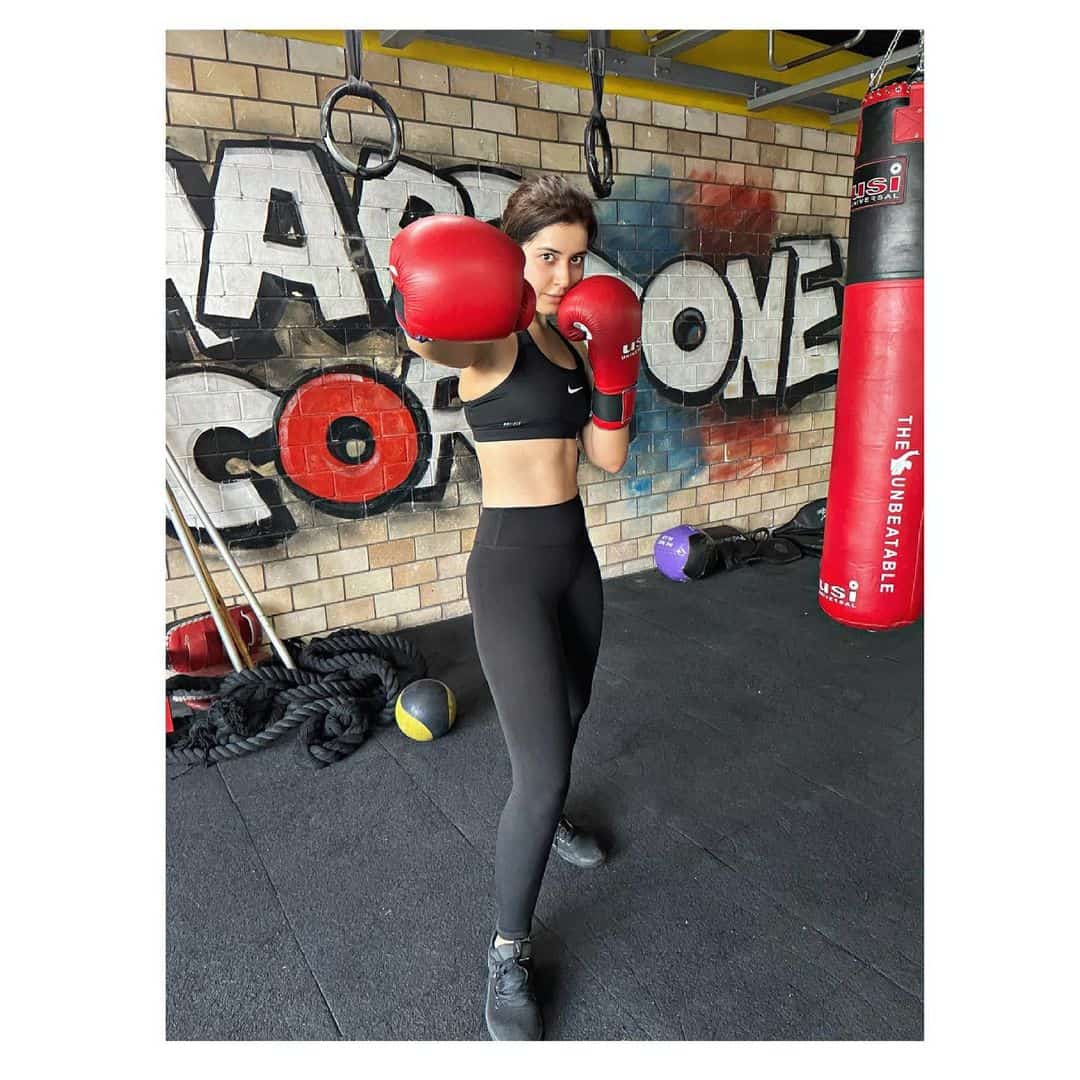 The bubbly and cute Raashi Khanna is not only leaving her fans jaw-dropped but also her co-celebrities like Kajal Aggarwal. Raashi’s weight loss transformation has been intense and in spite of being a foodie, the actress gave up on sweets, soda and carbs to achieve this surreal figure.

On the other hand, Kajal is also a fitness freak and she lauded Raashi for her sedulous efforts in fitness. Raashi’s latest picture on Instagram shows the actress in boxing gloves. Her abs are stunning and we can comprehend what amount of hard work did she do to gain those hardcore abs. In fact, her hard-earned abs also moved Kajal Aggarwal and she commented on the picture – “Woah those abs” with a fire emoji. Rashi captioned the picture as “Some mid-week inspiration #fitness.” Fans also went gaga over the picture.

Earlier, Raashi told in an interview that she’s focusing on fitness for the past five years. “Getting fit is not an overnight game. One has to be patient. At first, I would work out hard and never see results. I used to be demotivated. But after perseverance, I believe I am at a stage where I want to be. I am self-motivated but it took me a lot of time to transform and be able to show off these abs.”

On the work front, Rashi who was last seen in World Famous Lover, is yet to announce her Tollywood projects. She will soon be seen in the Tamil film Tughlaq Durbar with Vijay Sethupathi.