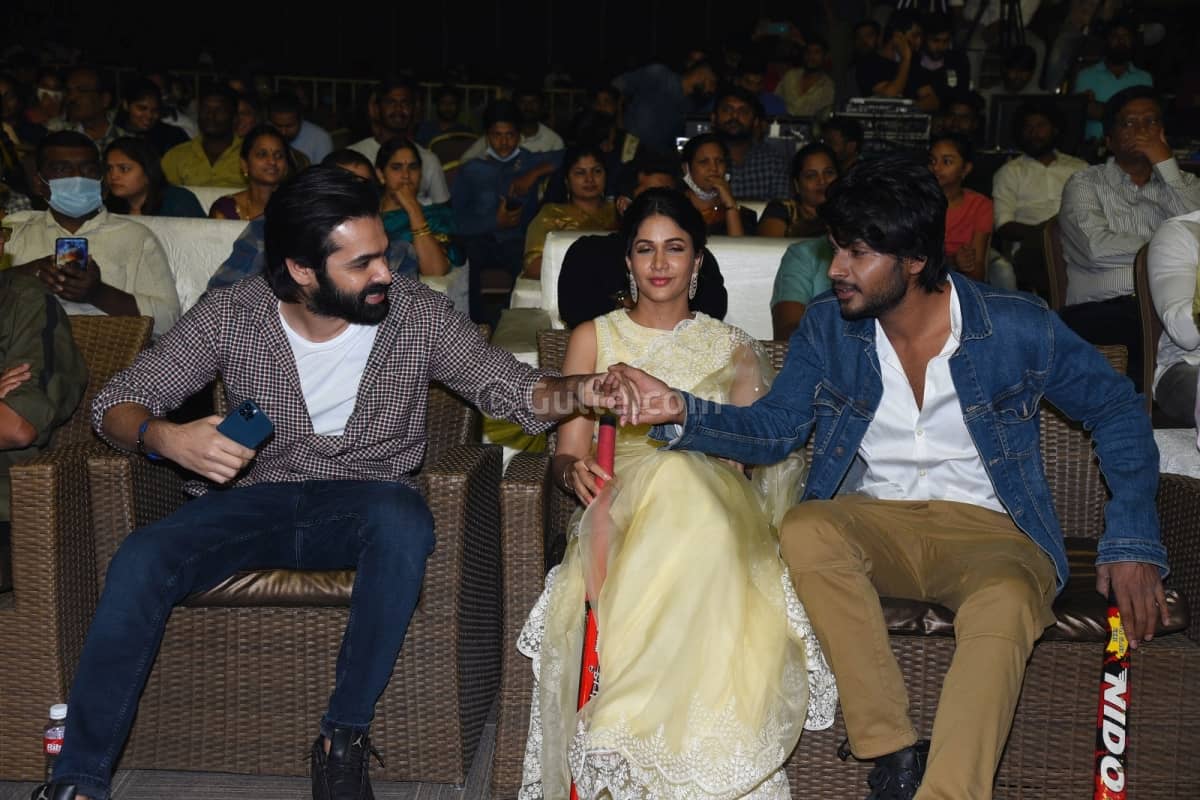 The first Telugu hockey film A1 Express starring Sundeep Kishan in the lead is due for release on March 5th. Including director Dennis Jeevan Kanukolanu, a total of 14 technicians are debuting with the film. Today, the film’s pre-release function is conducted and Ram has attended it as a chief guest.

Director Dennis revealed that Sundeep Kishan gave up many of his cravings to look fit in the role of a hockey player. “We put in 200 % efforts for the film and A1 Express is going to be a sure shot hit.”

Lavanya Tripathi said, “A1 Express is close to my heart. I learnt hockey and also bike riding for the film. We worked hard during covid times to complete the shoot. Sundeep is a good friend of mine for years. He is very supportive all the time.”

Sundepp Kishan said, “Telugu audiences are the real heroes. Only Telugu films are becoming blockbusters. In fact, only Telugu industry is celebrating pre-release and success meets. A1 Express is a very tough film to make and everybody helped my director Dennis to make his work easy. Lavanya Tripathi is a good friend of mine and she gave her best for the film.

Someday, I hope to dance like Ram. He was the first person I met, before I entered the industry. Suma akka gave commentary for last 23 minutes of climax hockey portions. We are providing whistles at theatres and enjoy the film like a celebration.”

Hero Ram said, “It’s really a great thing that, Sundeep Kishan has completed 25 films in such a short span. Moreover, he is stepping into different businesses and he is conquering everything. Lavanya Tripathi is a very jovial person and she’s the most entertaining actresses I’ve ever worked with. I wish Sundeep and the entire team all the success.”