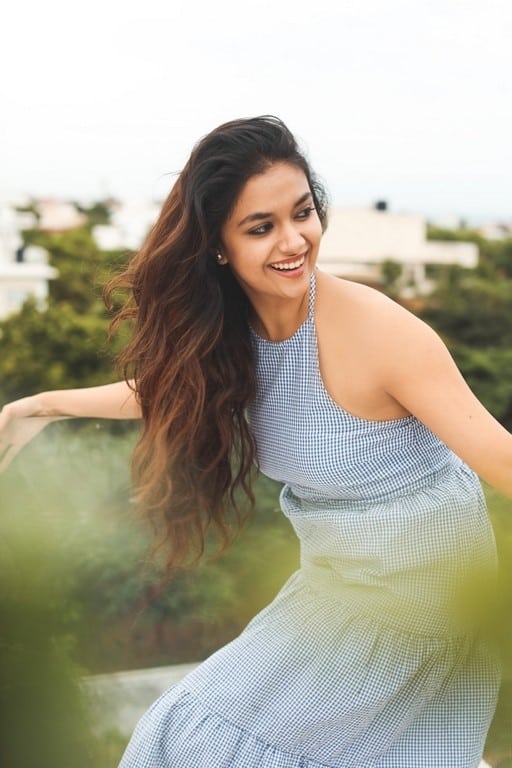 Keerthy Suresh is one such heroine who got popularity with her acting skills and not a glamour show. Keerthy always maintained a girl-next-door image among the audiences and is still continuing to carry the same reputation.

However, some of her latest pictures look quite trendy and Keerthy is pulling them off really well. Recently, she shared a few pictures of her photoshoot, in which she is wearing a blue gingham print sleeveless gown. The Mahanati actress looks no less than an angel in these photos.

The pictures are now trading on social media and garnered more than a million likes already. On the career front, Keerthy will be next seen in the film Rang De. Directed by Venky Atluri, this film features Nithiin as the lead hero. Rang De is all set to hit the screens on March 26. Apart from this film, Keerthy is also acting in Mahesh Babu’s Sarkaru Vaari Paata and Nagesh Kukunoor’s directorial film Good Luck Sakhi.