Pushpaka Vimanam To Begin With ‘Silakaa’ 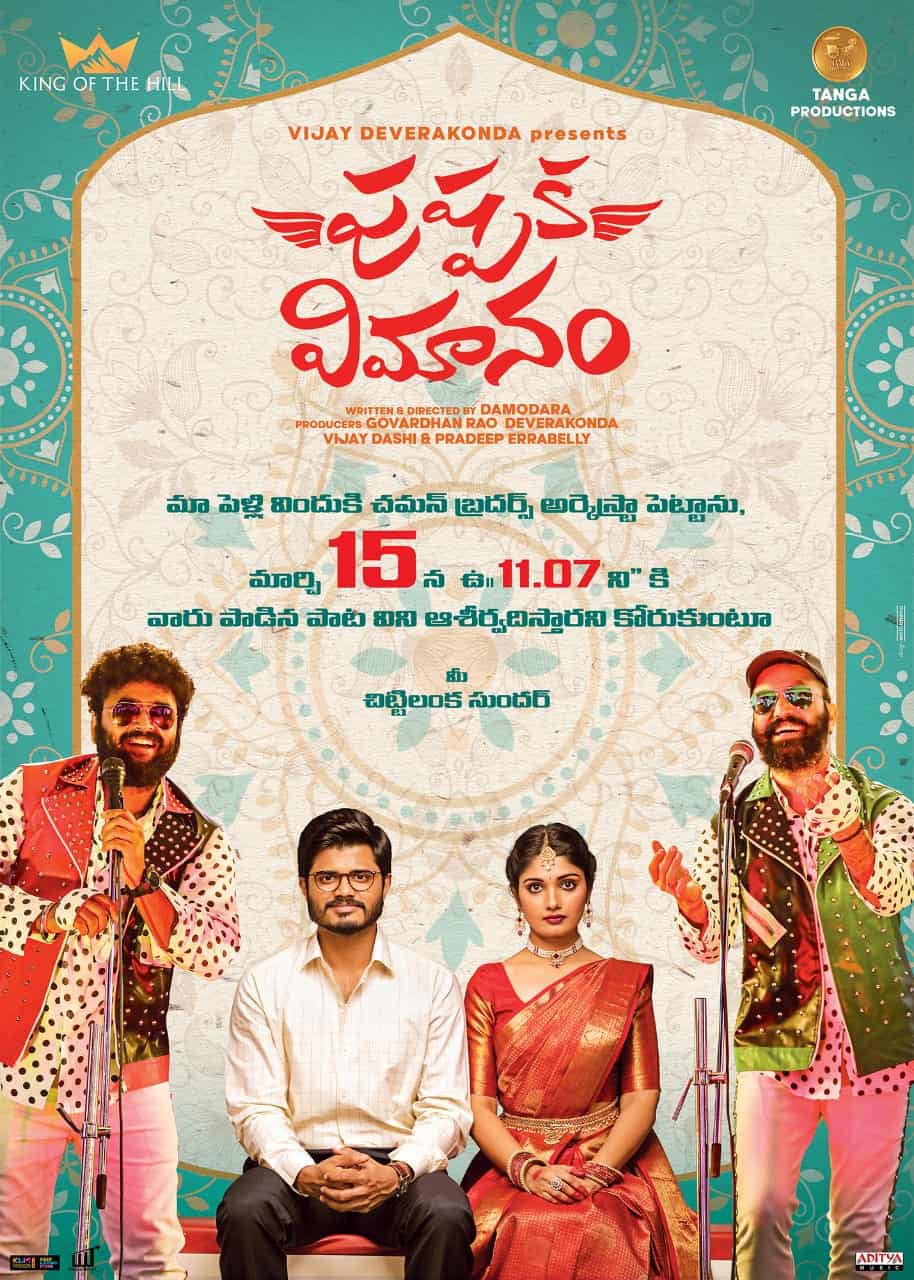 After Middle Class Melodies, Anand Deverakonda will be next seen in ‘Pushpaka Vimanam’ and this film is ready to roll out its first single. The song announcement is made with interesting element that the hero calls for an orchestra for his wedding and the song they have crooned will be released on March 15th.

Chowraasta fame Ram Miryala is part of the orchestra called ‘Chaman Brothers’ and the song is titled ‘Silakaa.’ That’s how the publicity gets designed when it is from a Vijay Deverakonda’s production King of the Hill.

‘Pushpaka Vimanam’ has Saanve Megghna and Geeth Saini in the female leads while Anand is playing the role Chittilanka Sundar.

The film is written and directed by Damodar, this is a family drama laced with humour.