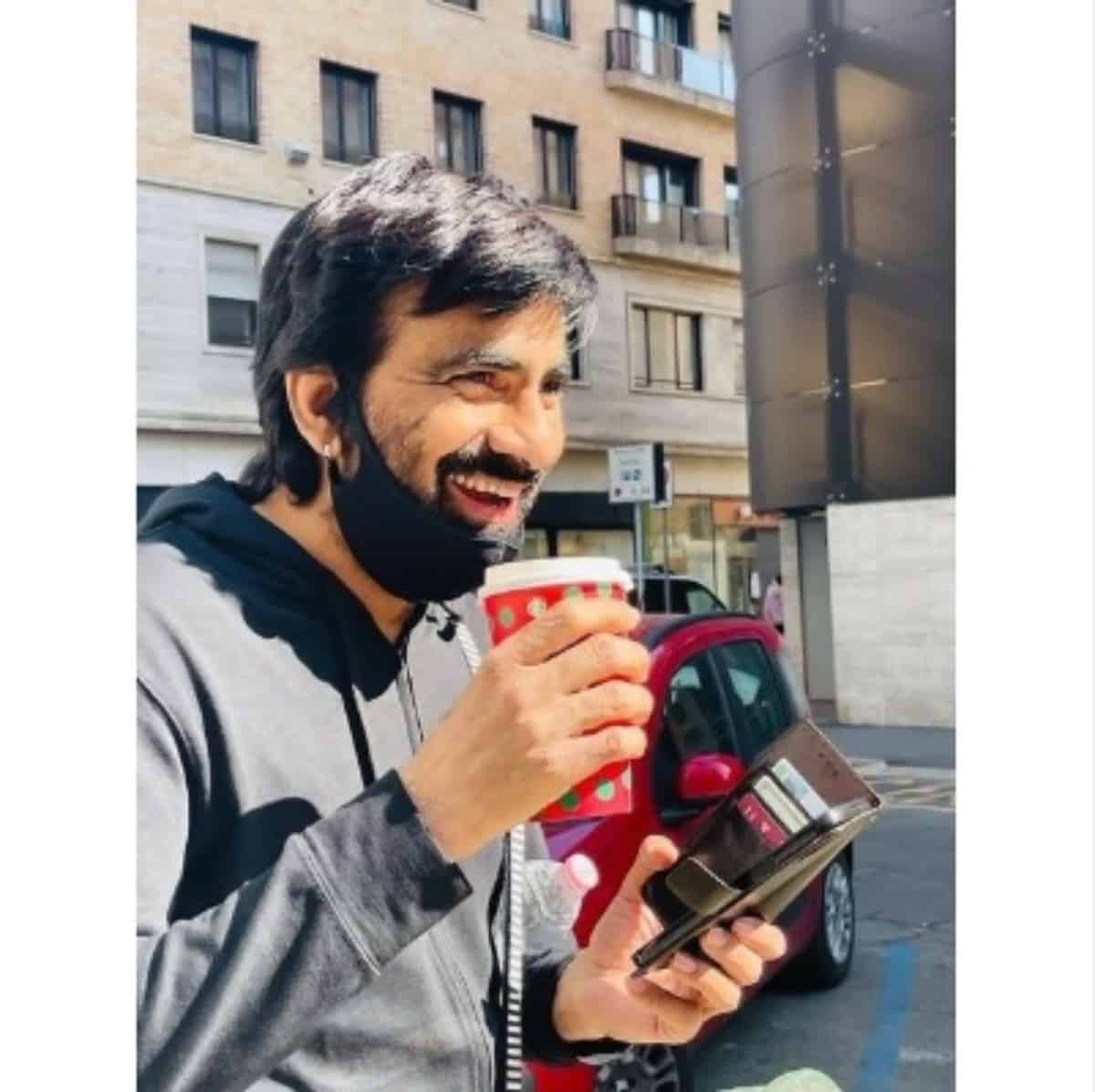 After tasting back-to-back duds, Mass Maharaja Ravi Teja has got a huge relief in the form of Krack the film that delivered a success at the Box Office. Braving against all the odds including release-hurdles, Krack went onto become BO winner post Covid-19 pandemic. Krack success did give a big boost to Ravi Teja.

Now, Ravi Teja is working for his next Khiladi with double the energy and joy. He is spotted in Milan, Italy where he is shooting for the film. During the shooting break, Ravi is seen sipping coffee. The picture shared by Ravi Teja himself on his Instagram page is garnering attention. He captioned the pic, “Chilling #Italy #Khiladi.”

Interestingly, Ravi Teja will be seen in a dual role in the film which also features senior actor Arjun, Malayalam actor Unni Mukundan (Of Janatha Garage fame). Directed by Ramesh Varma, the film has Meenakshi Chaudhary and Dimple Hayathi in the female lead roles.