A Remarkable Year For US: Tarak Wishes Charan With Adorable Pic 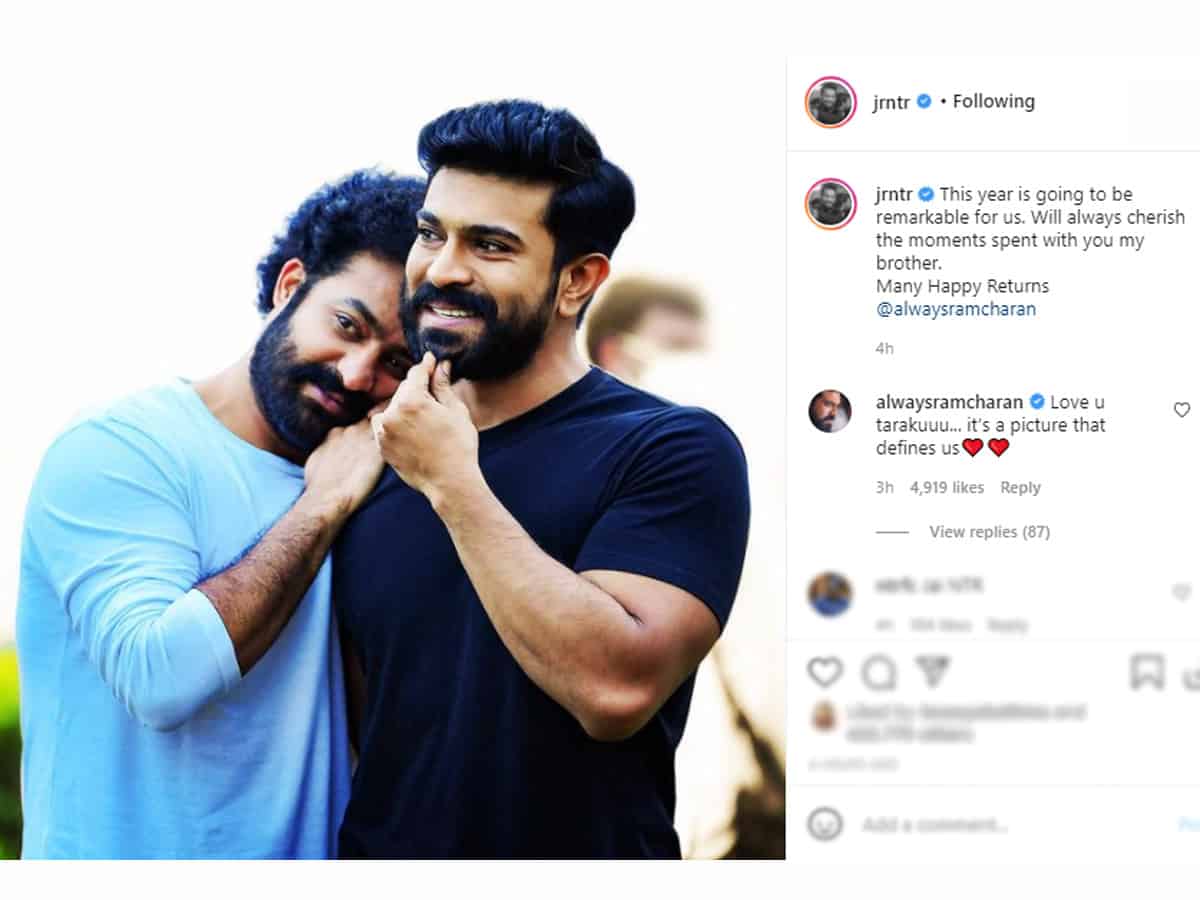 It’s MegaPowerstar Ram Charan’s birthday and the wishes are pouring down. From Megastar Chiranjeevi to Stylish Star Allu Arjun, Rana and many others have wished Charan.

But Young Tiger Jr NTR has sent his wishes in the best possible way. Sharing a picture from the sets of ‘RRR’, Tarak wrote, “This year is going to be remarkable for us. Will always cherish the moments spent with you my brother. Many Happy Returns @alwaysramcharan.”

Also the picture is just adorable with Tarak leaning on Charan’s shoulder and it shows the bond between them. Ram Charan replied with, ‘Love u tarakuuu… it’s a picture that defines us❤️❤️’.

Tarak wishes also convey that their film ‘RRR’ is going to be a major milestone in their careers. After very long time two star heroes with immense following are playing the leads in a film and who else can better handle it? Mr. Perfectionist Rajamouli is the man behind this grand canvas.

With mammoth of expectations, ‘RRR’ will be arriving at the box office on October 13th.