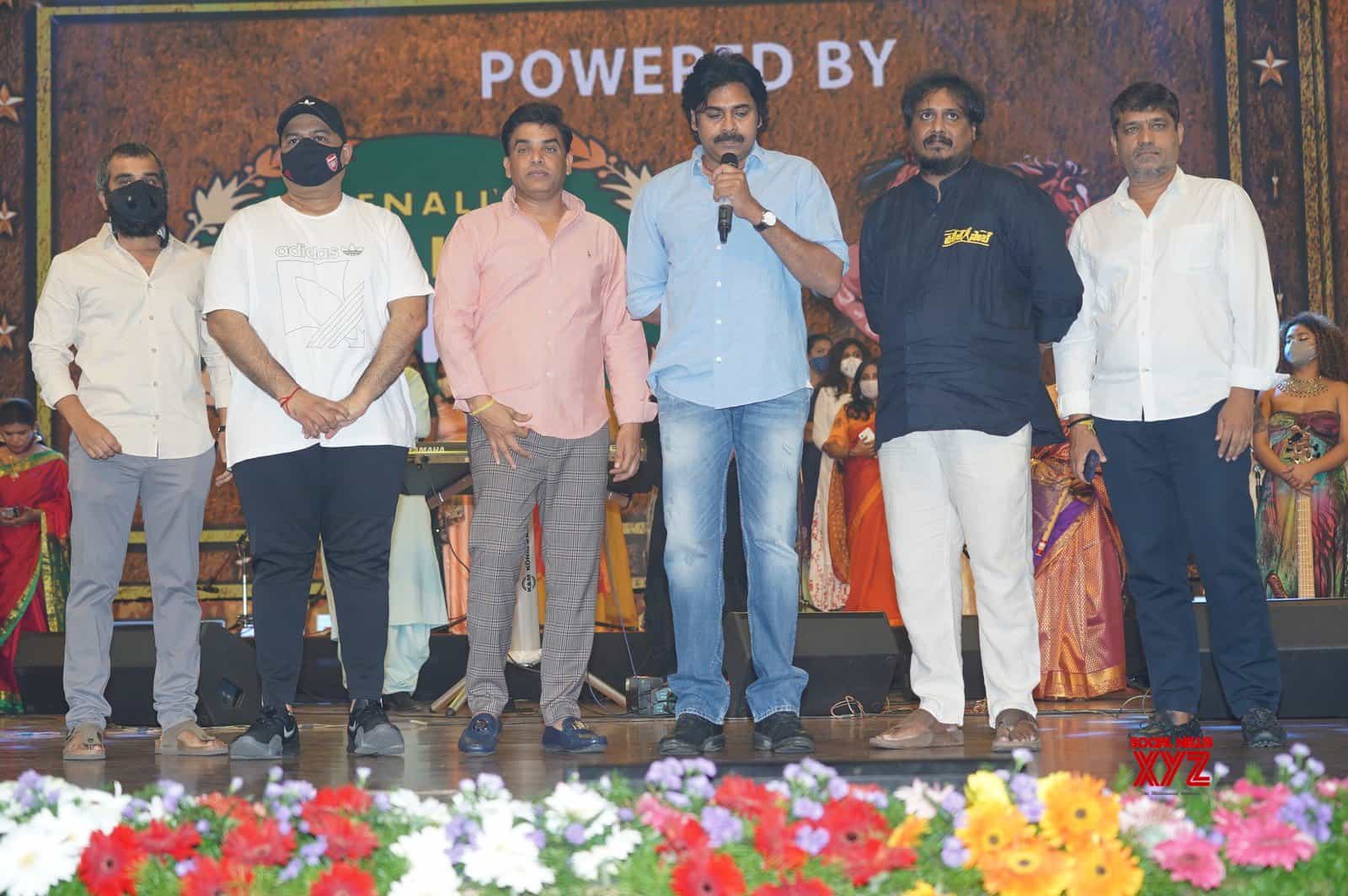 Although Pawan touched upon various topics, he primarily gave importance to female safety and security in his speech. “I am feeling fortunate to have acted in Vakeel Saab because I spent most of my life amidst my sisters, mother and aunts who took good care of me. Today, I feel very happy to have stood by them by acting in a movie like Vakeel Saab,” said the Power Star.

Pawan said he prefers to spread socially relevant messages through his movies. “I prefer to have patriotic songs to item songs in my movies,” Pawan said, before adding that Harish Shankar and Bandla Ganesh had forced him to do ‘Kevvu Keka’ item song in Gabbar Singh.

Talking about the tragic Disha incident and remembering Mahatma Gandhi’s iconic statement on women’s safety at midnight, Pawan said that he doesn’t know when the days will come where women can safely reach home at night, but he wants to see them safely reaching homes in broad daylight at least.

Talking about his comeback in movies, Pawan answered his detractors yet again. “You can do cement and milk businesses, but I can’t act? Pawan took an indirect dig at you know who. The actor also said he is doing movies again to prevent corruption. “I will not run away from acting. I am happy to give away whatever I earn to the society,” he said, also revealing that his movies give employment to 300 people directly and 500-600 people indirectly.