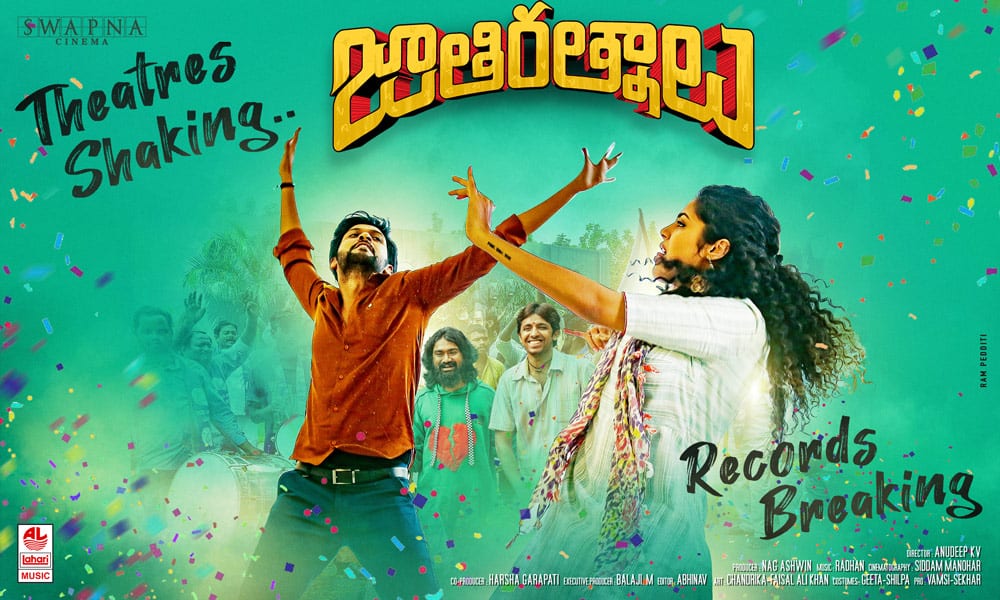 Jathi Ratnalu, the madcap entertainer starring Naveen Polishetty, Faria Abdullah, Priyadarshi and Rahul Ramakrishna, released on March 11th and left trade circles shocked by turning out to be a massive money-spinner. This Anudeep directorial was produced by Nag Ashwin.

It’s been exactly 25 days since Jathi Ratnalu released and created a storm at the boxoffice worldwide. In its 25-day run, this laidback comedy entertainer has collected a whopping share of Rs 38.50 crore and a gross of Rs 64 crore gross worldwide.

Jathi Ratnalu has recovered more than 350 percent of its investment from the theatrical revenue alone. The film has collected a stunning Rs 16 crore share in Nizam. The film has earned three times profits to all its distributors, thereby becoming a triple blockbuster.

In a solid feat, Jathi Ratnalu is the first Indian film that entered the $1 million club in the USA after the Coronavirus pandemic shook the entire world. The film’s mega success has given the filmmakers from across the country a big hope in these turbulent times.