It looks like the producers of Saaho have finally listened to the millions of fans who are asking them to just announce the 'new' release date. In the wake of other films announcing their dates on August 15th, it is simply confirmed that Prabhas' starrer is out of the race.

Here goes the confirmation from the makers of the film, however, saying that the film is getting ready to hit the marquee on August 30th. "No compromise on the content and quality! The action begins in cinemas from 30th Aug. #Saaho releasing worldwide on 30.08.2019" says a statement of UV Creations, after lots of rumours around the release date.

UV Creations ahs mentioned in another statement that the 15 days of delay in arrival is regarding the quality of the film. Like we said earlier, the final rendering of some visual effects is taking a couple of days more time, and hence this postponement of two weeks. They say that the film has turned out pretty well.

On the other hand, we have other film releases scheduled on that date, so we have to see what happens to them. 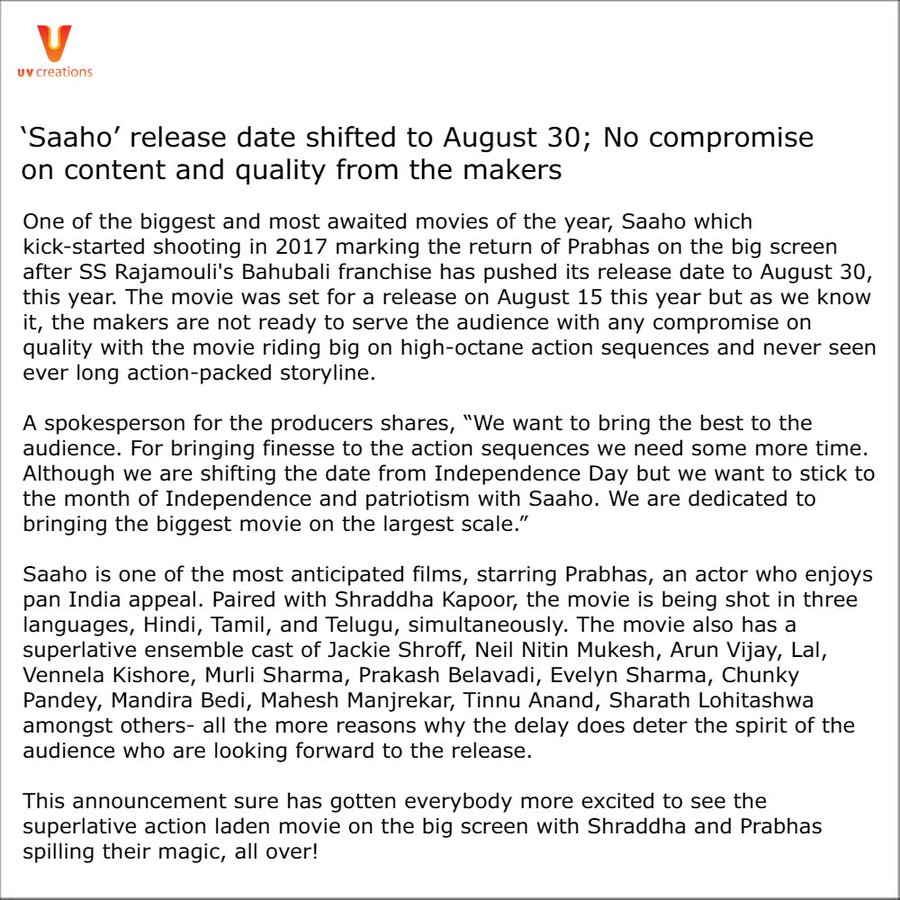