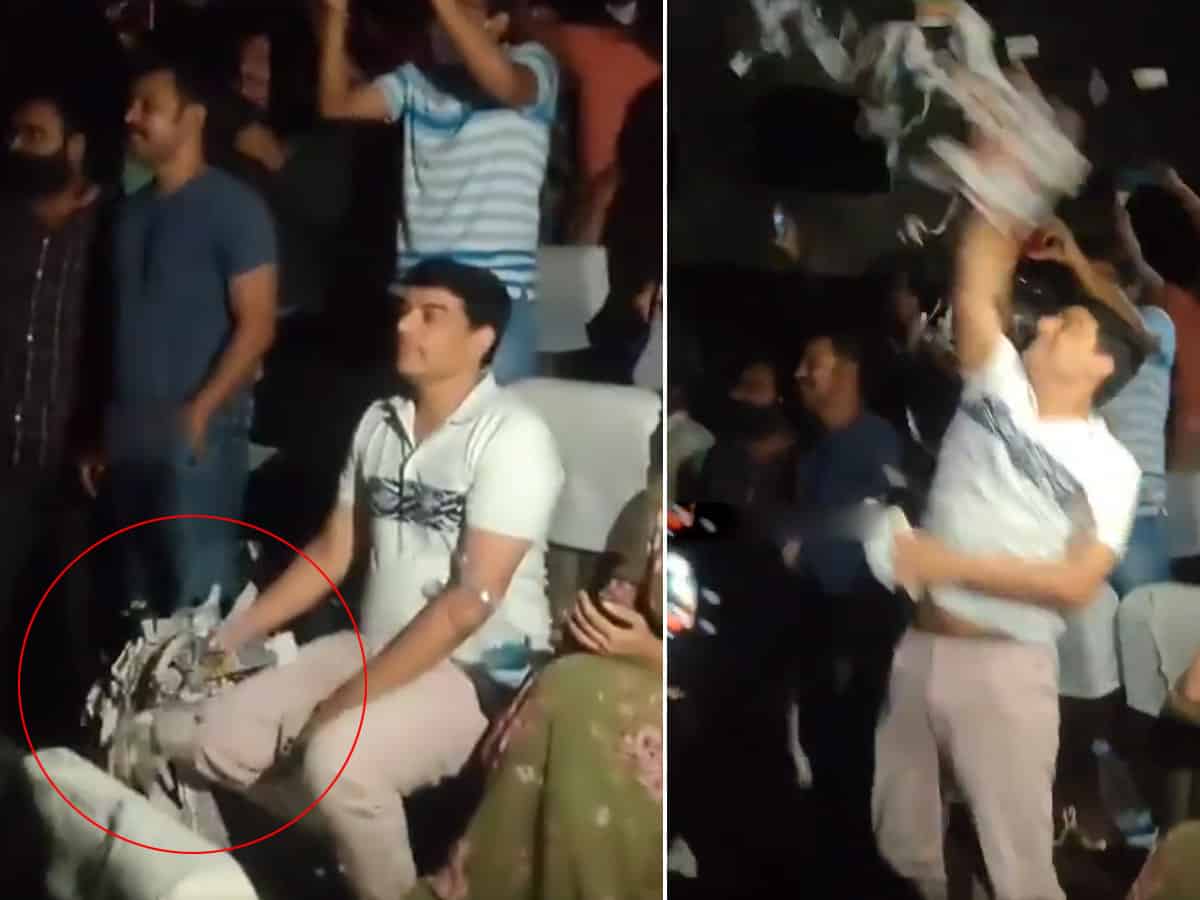 Pawan Kalyan’s Vakeel Saab is releasing worldwide today amidst huge buzz and expectations. It is Dil Raju’s dream to produce a film with Pawan Kalyan for a long time and it happened with the remake of Pink. Remaking Pink with Pawan Kalyan is Dil Raju’s idea. During the pre-release event, Dil Raju expressed his admiration for Pawan Kalyan which proves that he is a big fan of the actor. The film’s shows started in selected locations of Hyderabad city early in the morning. Dil Raju attended a show at Shiva Parvathi theatre, along with his wife, and celebrated Pawan’s come back like a true fan.

Dil Raju had a fan-boy moment in the theatre. For Pawan Kalyan’s entry on the screen, Dil Raju is seen throwing papers at the screen like all the other fans. He celebrated the moment thoroughly and the video of the same is going viral on social media.

Dil Raju produced the film along with Boney Kapoor. The film unit is extremely happy for the wide release the film is having in the world. Despite the COVID scare, the film is opening big at the box-office.