Acharya To Clash With Pushpa? 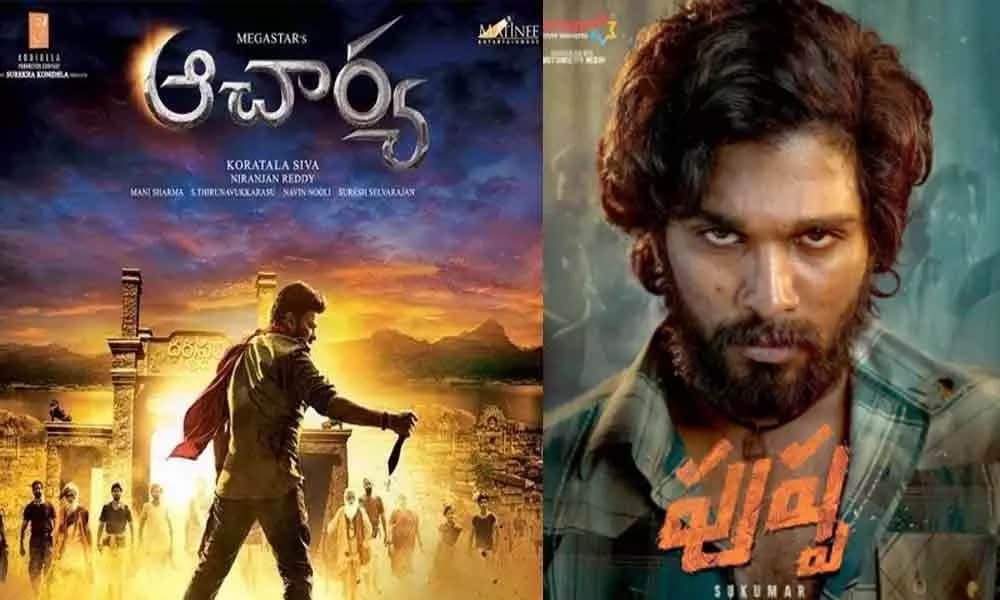 Chiranjeevi and Koratala Siva’s long-delayed film has finally been postponed as expected. The film, which has facing several hurdles due to Covid pandemic, has deferred its shooting schedules and with the second wave of Covid hitting hard, the makers have announced that the film would not be released on 13th May on the eve of Eid.

Now, the interesting decision of makers has now become hot topic among mega fans. The makers of Acharya are aiming for August release albeit unofficially. It is expected that the pandemic would slow down by August and it would be convenient to hit the screens.

However, here is the catch. Allu Arjun and Sukumar’s most awaited film Pushpa has been scheduled for Aug 13th release on the eve of Independence Day. This is a multi-lingual film which will have a simultaneous release in all five languages including Hindi, Telugu, Tamil, Kannada and Malayalam. Although, Pushpa is also affected by the pandemic, the makers of Pushpa are very confident that the film would be ready by August and would come to hit the screens on Aug 13th as planned.

If Acharya reschedules its release to August, it will be a clash in the month irrespective of the date Acharya chooses. Even with two-week gap, it will be considered as a clash by fans as tempers rise among fans. Acharya has Ram Charan in significant role and Pushpa has Allu Arjun, so naturally, competition and clash arise.

Meanwhile, if the release dates of all the films that are planned for April, May and June are rescheduled accordingly, Pushpa may also have to postpone. Will Allu Arjun and makers of Pushpa agree to postpone the film in all languages? Since Bunny has huge respect for Chiranjeevi which he has declared publicly on many occasions, if he gives way for Acharya, Pushpa has to look out for another month, probably for Dussehra release.

It needs to be seen what is in store. It depends on the situation by then and it is too far to predict the situation in August, said sources in the know.