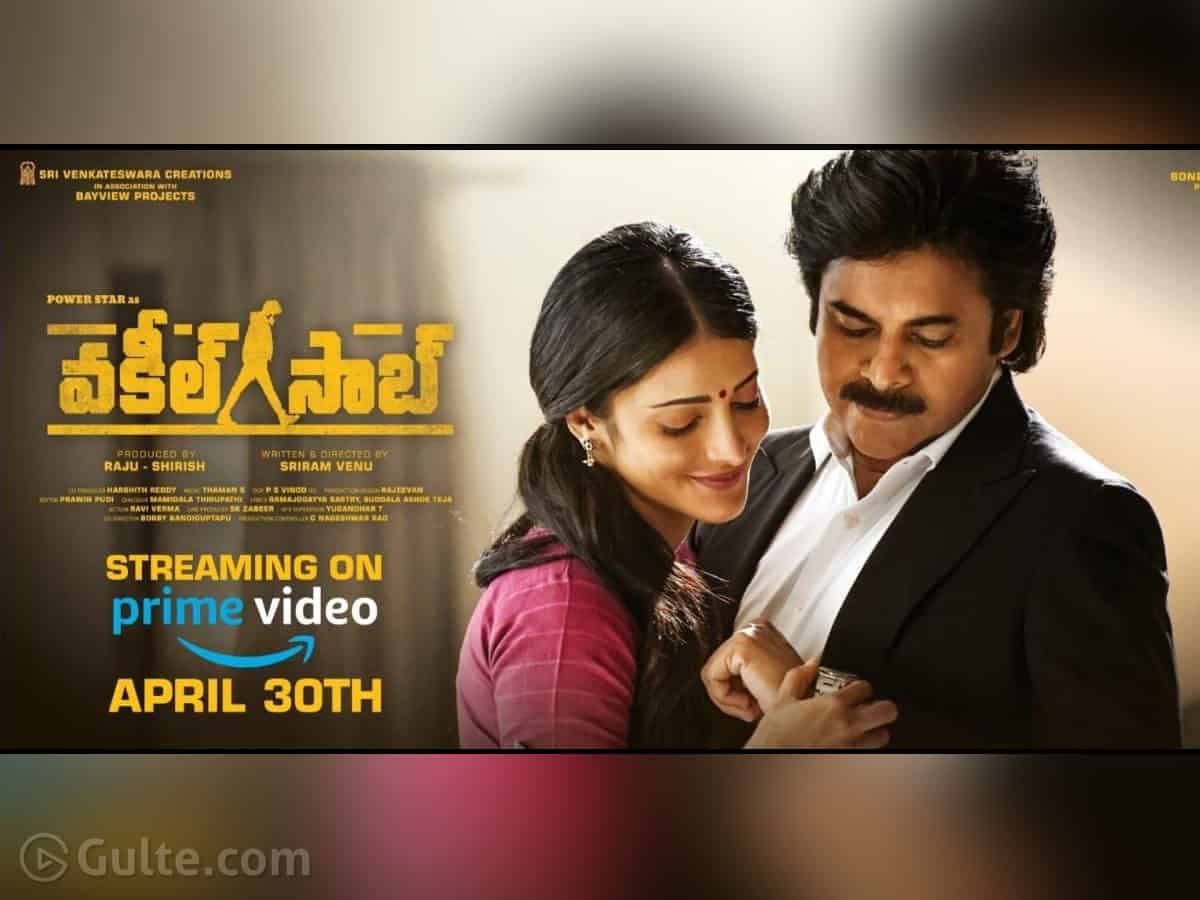 Powerstar Pawan Kalyan’s comeback film ‘Vakeel Saab’ is all set to storm the OTT platform. The makers have officially announced the streaming date and it is on April 30th.

Well that’s surprising as it’s not even been three weeks since the film had released at the box office and a big hero film is set to arrive on OTT platform. The makers have their reasons and it is mainly due to the second wave of the pandemic and the theatres in Telangana have completely shut down while in Andhra, they are running with fifty percent seating capacity.

Also with lockdown rumours around the corner, the makers have decided to release on OTT and it’s a wise decision we must say.

Amazon Prime has the digital rights of ‘Vakeel Saab’ and they will be streaming from the above mentioned date. Initially there were rumours that the film would be streaming on May 7th but it is arriving a week earlier.

‘Vakeel Saab’ is the official remake of ‘PINK’ and was directed by Sriram Venu. Pawan essayed the role of an advocate and his performance impressed not just Powerstar fans but also the general audiences.