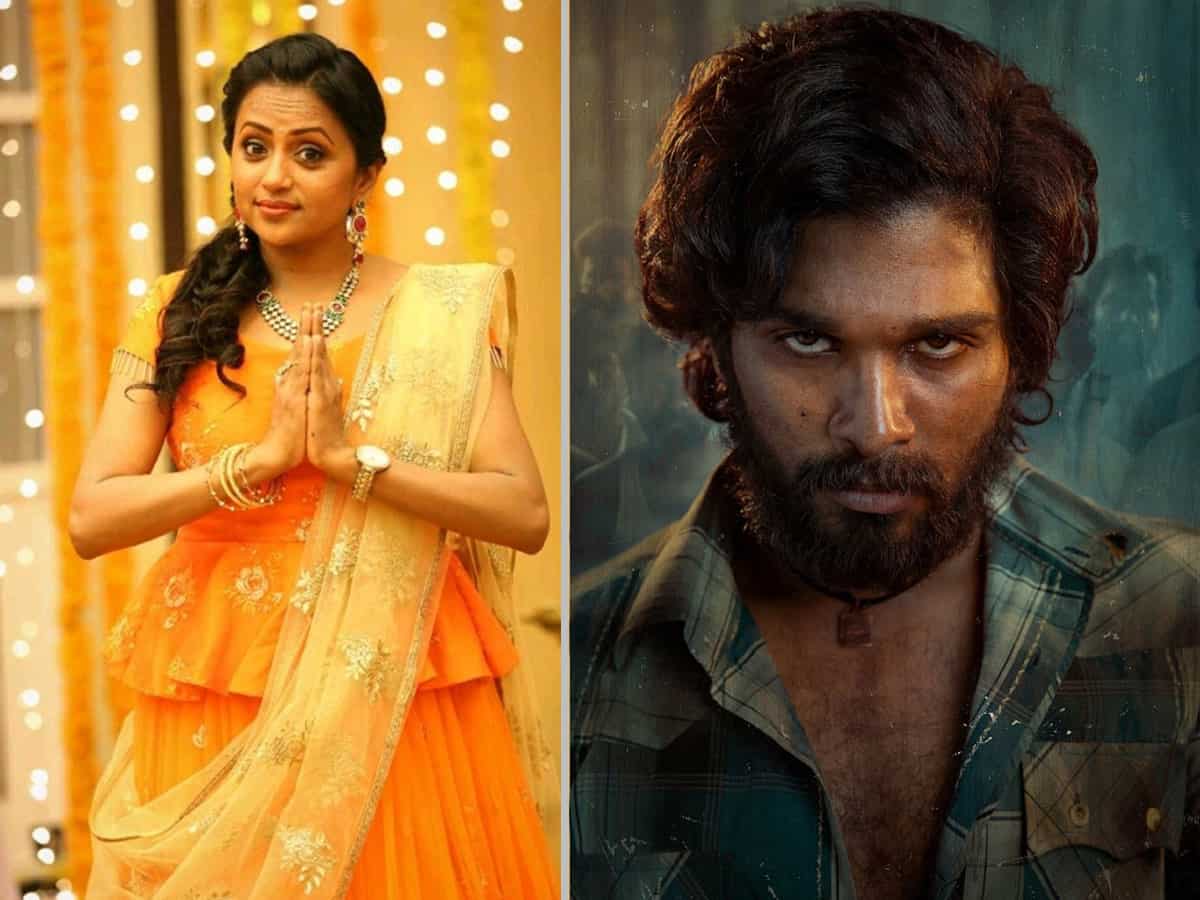 Rumors are mostly laughed off, but here is a rumor that was carried by all major media houses, only to leave the team Pushpa in shock. Telugu’s big media houses brought the same story onto movie headlines that the busiest Telugu event and television host Suma is playing Bunny’s sister in Pushpa. And, it is not true!

Allu Arjun and Sukumar joined hands for a movie on red sandal smuggling backdrop where the stylish star has gone for rugged and natural look for his role of a lorry driver. After multiple rumors emerged about the movie, obviously, after the first look release, the latest one that has Suma in Allu Arjun’s sister role, is said to have shocked the team.

The reason is that the Pushpa team never had a thought of roping in Suma for that role, and in fact for any role in the film. In recent years, Anchor Suma hardly appeared in films, except for a blink and miss role in which she played herself.

Well, coming to the other star cast of Pushpa, Bobby Simha agreed to play in the role that Vijay Sethupathi walked out of. Jagapathi Babu is playing another crucial role in Sukumar’s direction after he excelled in the ‘president’ role in Rangasthalam. Rashmika Mandanna paired up Allu Arjun for the first time. The movie will be releasing in Telugu, Tamil, Hindi, Kannada, and Malayalam languages with huge expectations.

Pushpa is one of those big films to hit the screens post lockdown and when the theaters open.