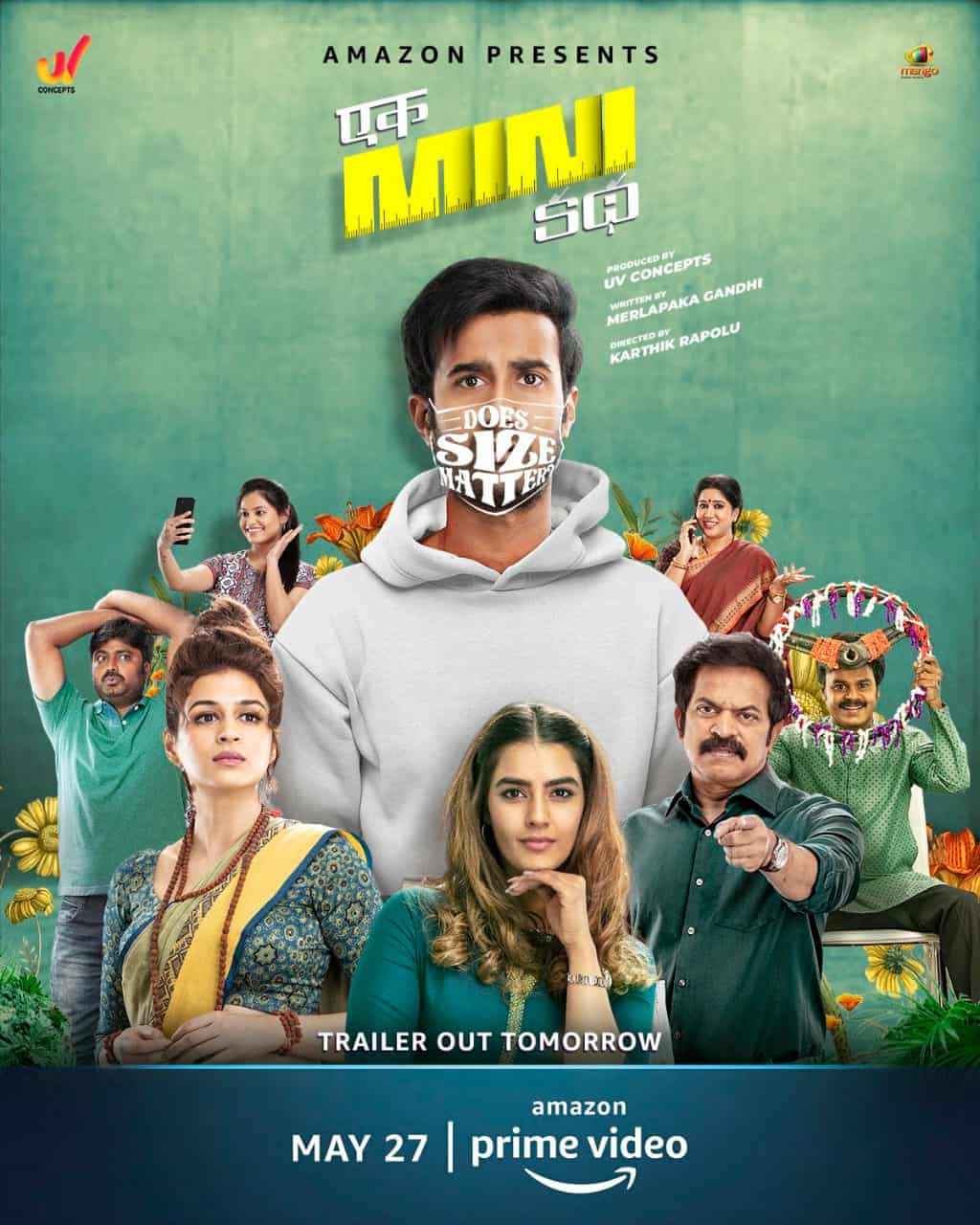 Santosh Shobhan who shot to fame with Golconda High School turned into a full-time artist with a couple of movies. The young hero did not get the much-needed break but he is now betting high on his next film Ek Mini Katha. The film that was supposed to release in theatres on 30th April is now heading for a direct release on Amazon Prime Video. The makers officially confirmed the film’s release date as May 27th.

Sharing the official news, the film’s production house UV Creations took to Twitter and wrote, “A mini funny tale about not-so-big problems in life!
Watch #EkMiniKathaOnPrime on May 27, @PrimeVideoIN. Trailer out tomorrow.”

A couple of songs and the teaser from the film are already out. The teaser created enough curiosity around the film. The movie carries a relevant message but it is going to be unveiled in an entertaining manner.

Noted director Merlapaka Gandhi wrote the film and Karthik Rapolu is making his debut as a director. Gokul Bharathi is the film’s cinematographer and G Sathya is the editor. Raveendar worked as the art director and Pravin Lakkaraju scored the music. UV Creations’ sister-banner UV Concepts produced the film and Mango Mass Media is presenting it.

Keep watching the space for the film’s trailer that will be out tomorrow.