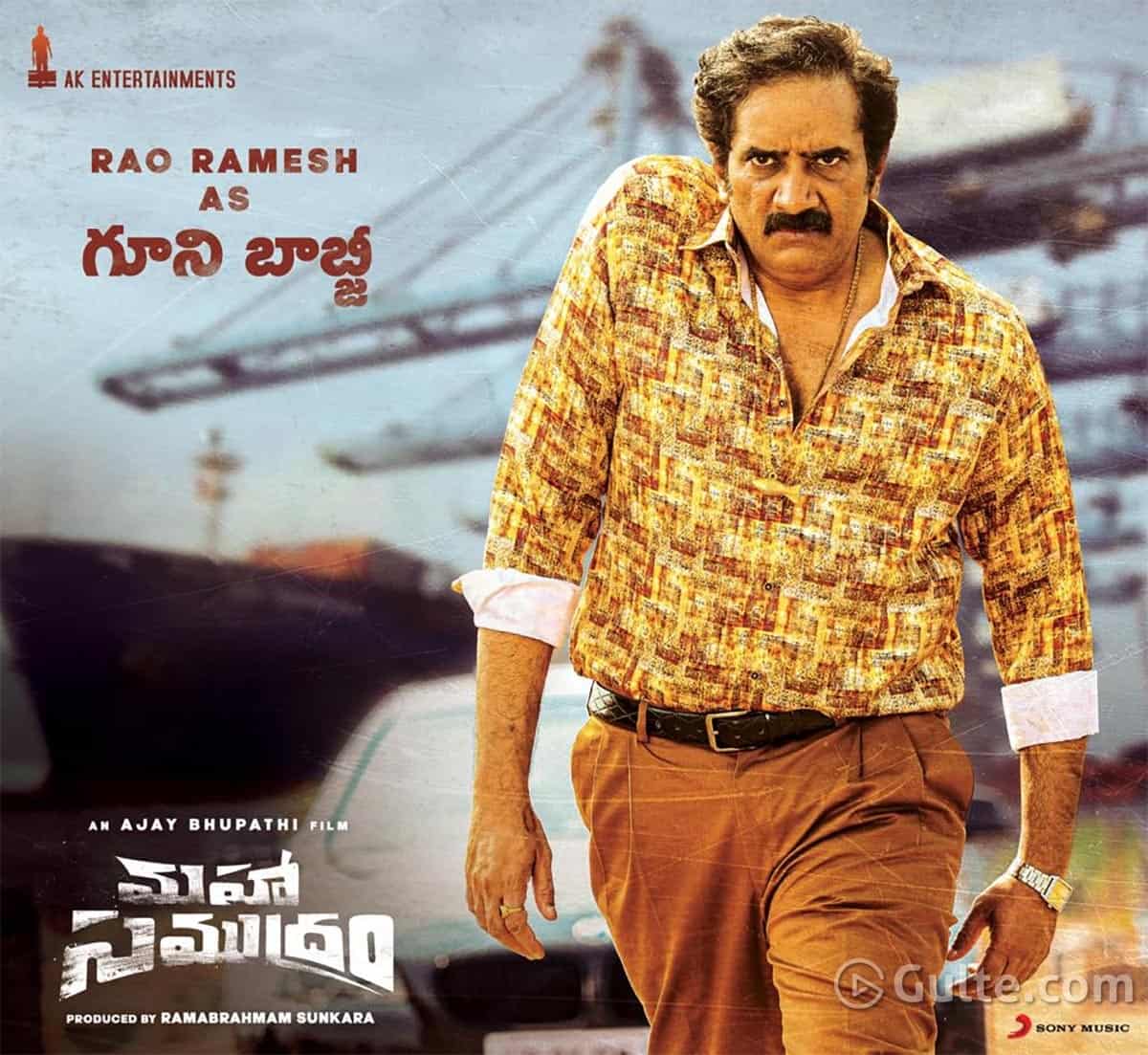 Senior actor Rao Ramesh will be seen in yet another challenging role in forthcoming Sharwanand and Siddharth starrer Maha Samudram. Wishing the actor on his birthday, the first look poster of him in the film has been released.

The poster introduces Rao Ramesh as Gooni Babji. Looks stern, he is seen with hunchback in the first look. Director Ajay Bhupathi is presenting every actor in the film in a novel way. Likewise, Rao Ramesh’s role in the film.

The Telugu-Tamil bilingual film features Aditi Rao Hydari and Anu Emmanuel as female leads. Set in the backdrop of Visakhapatnam, Maha Samudram is tipped to be an intense love and action drama. The film’s shoot is nearing completion.