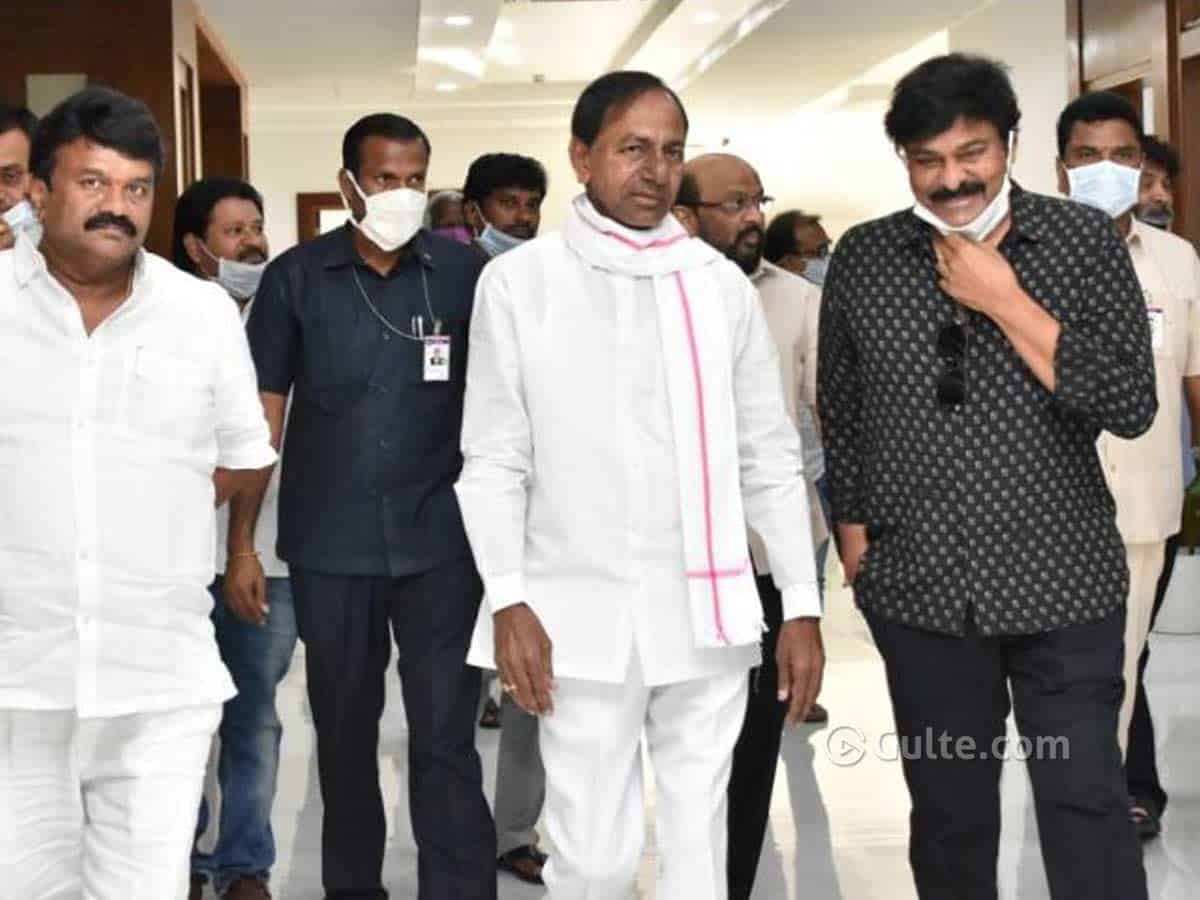 The coronavirus lockdown has knocked down every field and affected a large number of daily workers, but it was inevitable. With the relaxations on lockdown and the slow reopen is giving a ray of hope to all and the film industry which gives work to thousands every day is also reviving its normalcy.

Megastar Chiranjeevi took the initiative to hold the meetings with the government and move towards the shooting resume, of course with the guidelines and measures. The other day he held discussions with Telangana’s minister of Cinematography along with other biggies like Nagarjuna, Rajamouli, Koratala Siva, Dil Raju, Allu Aravind, and others. The minister Talasani and also the CM KCR responded positively towards the start of halted film shootings.

Minister Talasani said today that he had asked the people from the Telugu film industry to prepare a list of movies that wanted to start shooting soon. Talasani Srinivas Yadav said his team is preparing an infallible plan and guidelines to give permission to shootings. The detailed plan will be announced in the next few days.

Meanwhile, Rajamouli promised to show how some scenes with small crew could be shot without a hassle and without snubbing the strict social distancing guideline. It looks like the first few big films that are going to get the permission to resume the shoot are Rajamouli RRR, Chiranjeevi’s Acharya, Pushpa, and Vakeel Saab.