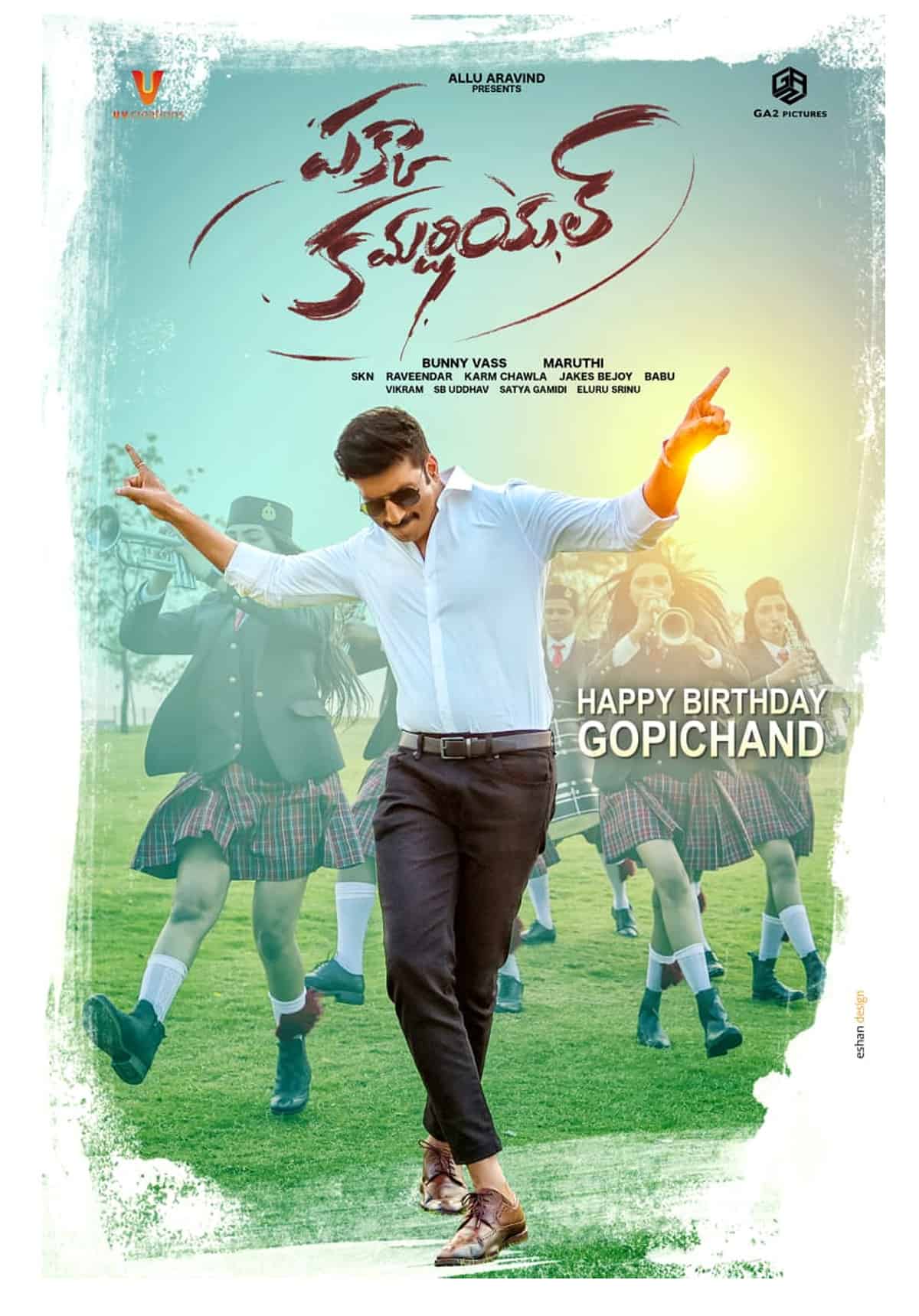 Hero Gopichand will be turning a year old tomorrow and sending him advance birthday wishes, director Maruthi has unveiled the birthday poster of the film ‘Pakka Commercial.’

Gopichand’s macho personality is an asset for him and in this poster he is seen in formals but in a joy mood. The styling is neatly done and we see girls dressed in school uniform playing trumpets on the backdrop.

“Wishing Maa Macho Hero @YoursGopichand a wonderful birthday in advance. Presenting him in a new way ofcourse in a #PakkaCommercial way. Happy to work with you. Long way to go #HBDGopiChand,” tweeted Maruthi.

The birthday poster is indeed striking. ‘Pakka Commercial’ is touted to be a court room drama and Gopichand is playing a lawyer in the movie. It’s a first for him too. Raashi Khanna is the female lead.