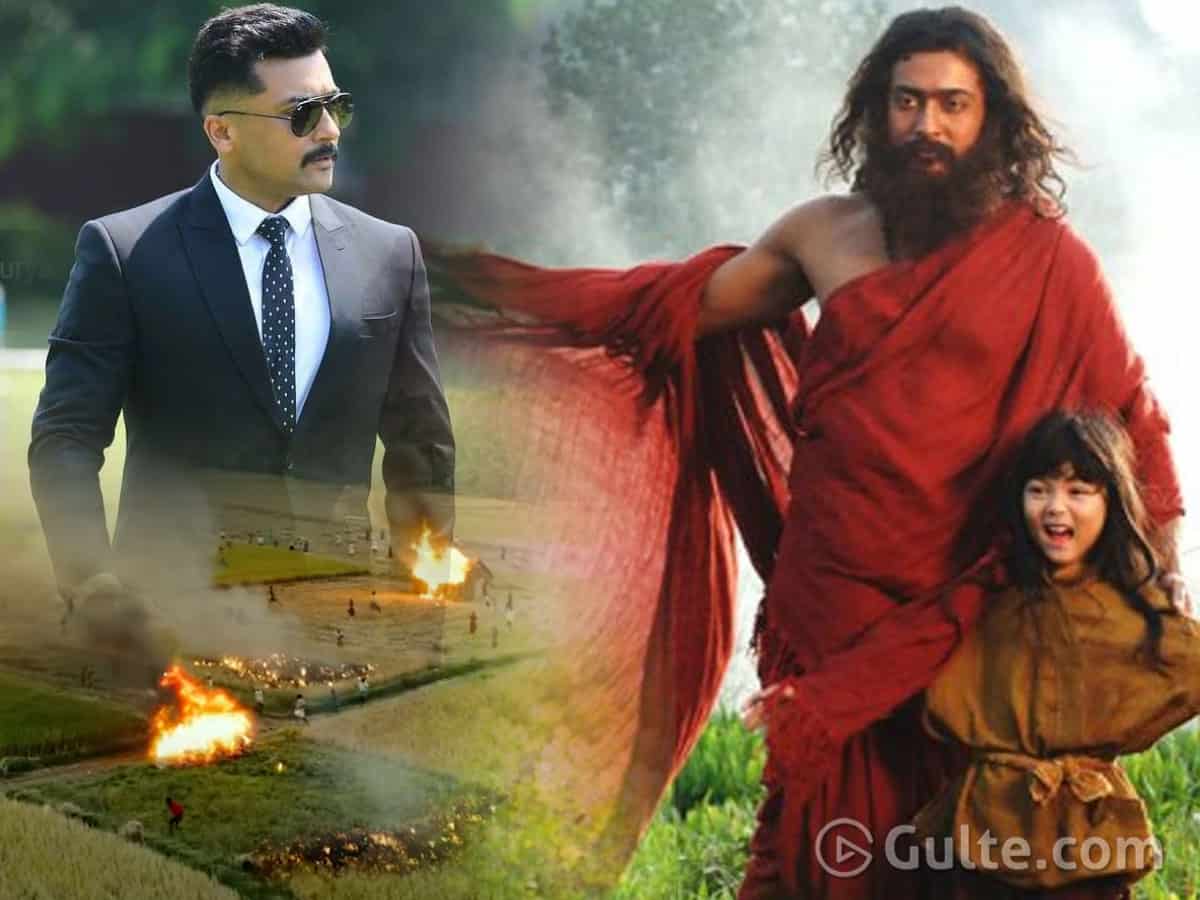 It must be merely coincidental, but there are some movies made on a fictional disaster, and they later happen actually in the real world. This discussion is not about the contagion, but precisely about two films of South star Suriya. They are the 7th Sense and Bandobast.

The coronavirus pandemic shook the world and it is allegedly spread to the world from China. While the virus attacked all the countries at the end of 2019, director Murugadoss made the film 7th Sense with Suriya in 2011, with a concept of a biological war on India by China using a deadly virus first injected to a stray dog in India. The netizens brought back the movie from memories to refer to the present virus situation.

The virus spread and control is not done yet, while there is another disaster hitting India in the form of locusts. This again is foretold as a bioweapon in one of the movies acted by Suriya, Bandobast. The locusts from Pakistan have entered the country and are damaging the crops here. In the KC Anand directional movie Bandobast, Suriya also fights with the antagonist who releases the locusts on crops in a village with an intent to establish a mining industry there.

Amid the two major issues the country is worrying with, many have been referring to these two films of Suriya which mentioned the current disasters much earlier. Again, it must be pure coincidence that Suriya touched these two concepts in his films, but few enthusiasts are asking of his 24 movies by Vikram, which could turn true. There are others who just call him the torchbearer of Indian cinema, whose movies are to be watched carefully from now!