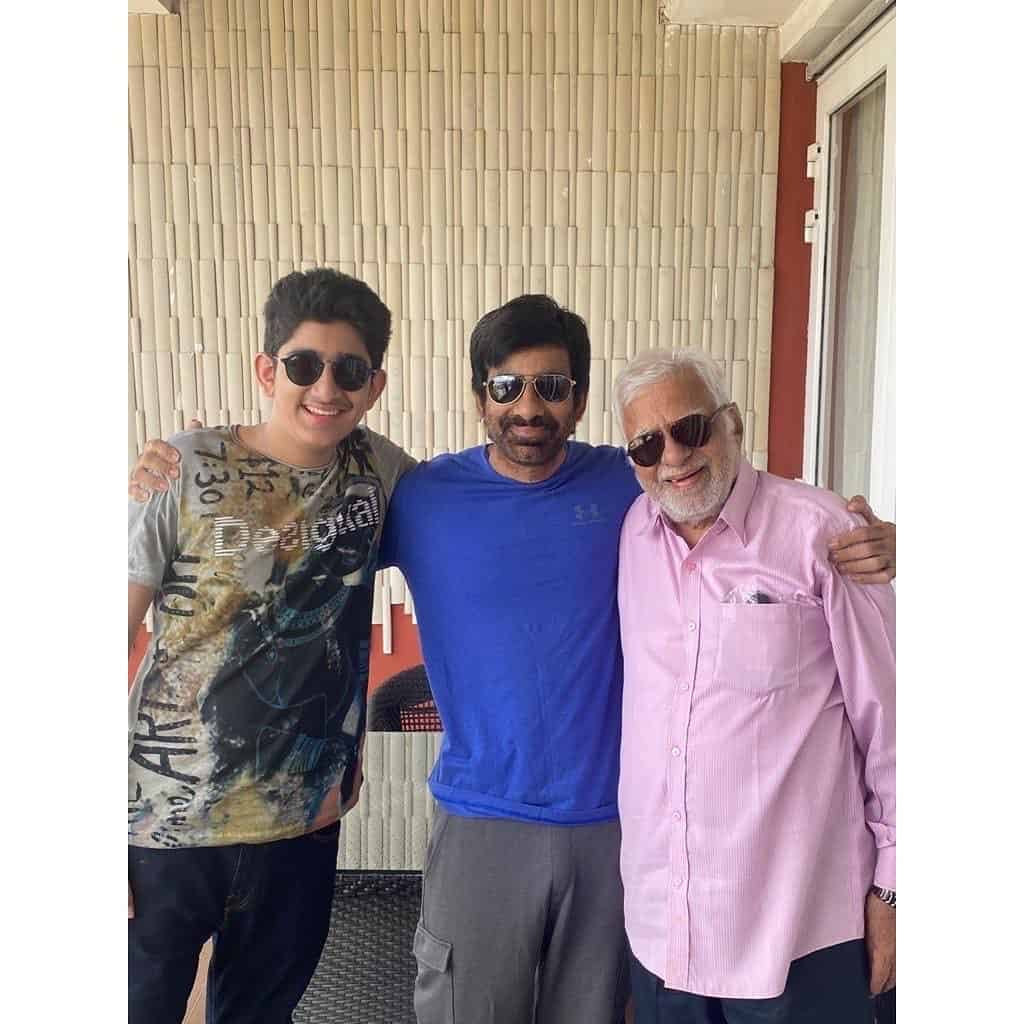 ‘Mass Maharaja’ Ravi Teja treated his fans by sharing an adorable family picture on the occasion of Father’s day. Ravi Teja is seen posing with his son Mahadhan and father Raj Gopal Raju and the actor looks handsome as always in a blue shirt and sunglasses, sporting an overwhelming smile.

On the other hand, his son is all grown up into a beautiful adult. Mahadhan is a stylish lad now flaunting his charming smile in the picture. He is blessed with amazing genes and has inherited his parents’ good looks. Ravi Teja’s father was also seen smiling at the camera and he is certainly one of those few adorable old men who is redefining the word old with his stylish aviator glasses.

Sharing the perfect family picture, Ravi Teja wished  “Happy Fathers Day.” In the caption.  As soon as he dropped the post, many of his fans flooded the comment section.  On the work front, Ravi Teja is alls et to entertain fans with Khiladi, an upcoming action crime thriller film written and directed by Ramesh Varma. The film is jointly produced by Satyanarayana Koneru and Varma under the banner of A Studios LLP.