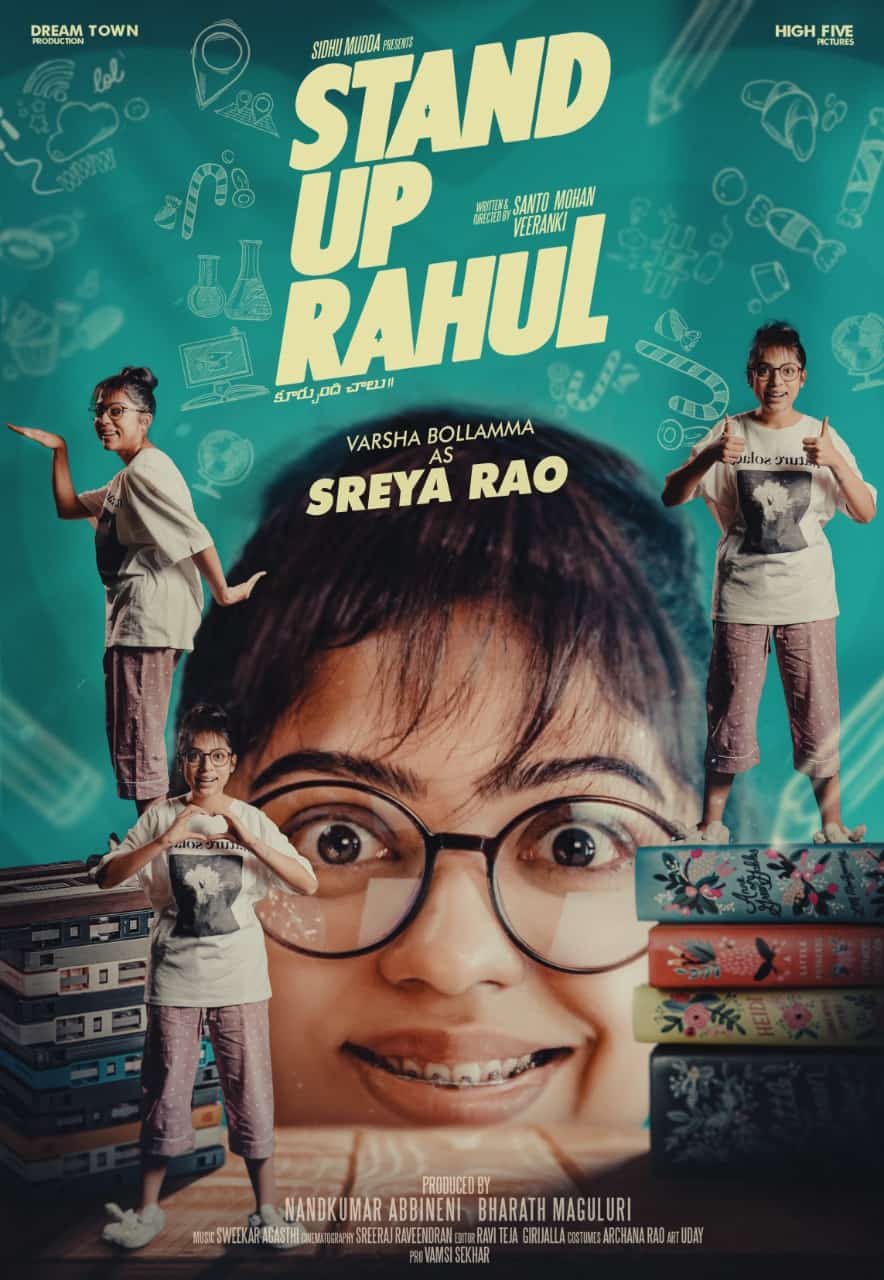 Varsha Bollamma’s first look as Sreya Rao has been dropped just a while ago. The poster shows Varsha in an atypical manner as a crazy and high-spirited girl. Appears gleek with teeth braces and mismatched eyeglasses, Varsha poses like a girl with childish mentality.

As is known, Raj Tarun plays a stand-up comedian in the film that will also have many real-life stand-up comics making their presence felt on-screen.