Tamannaah Sits On A Couch In Pink Like A Dream 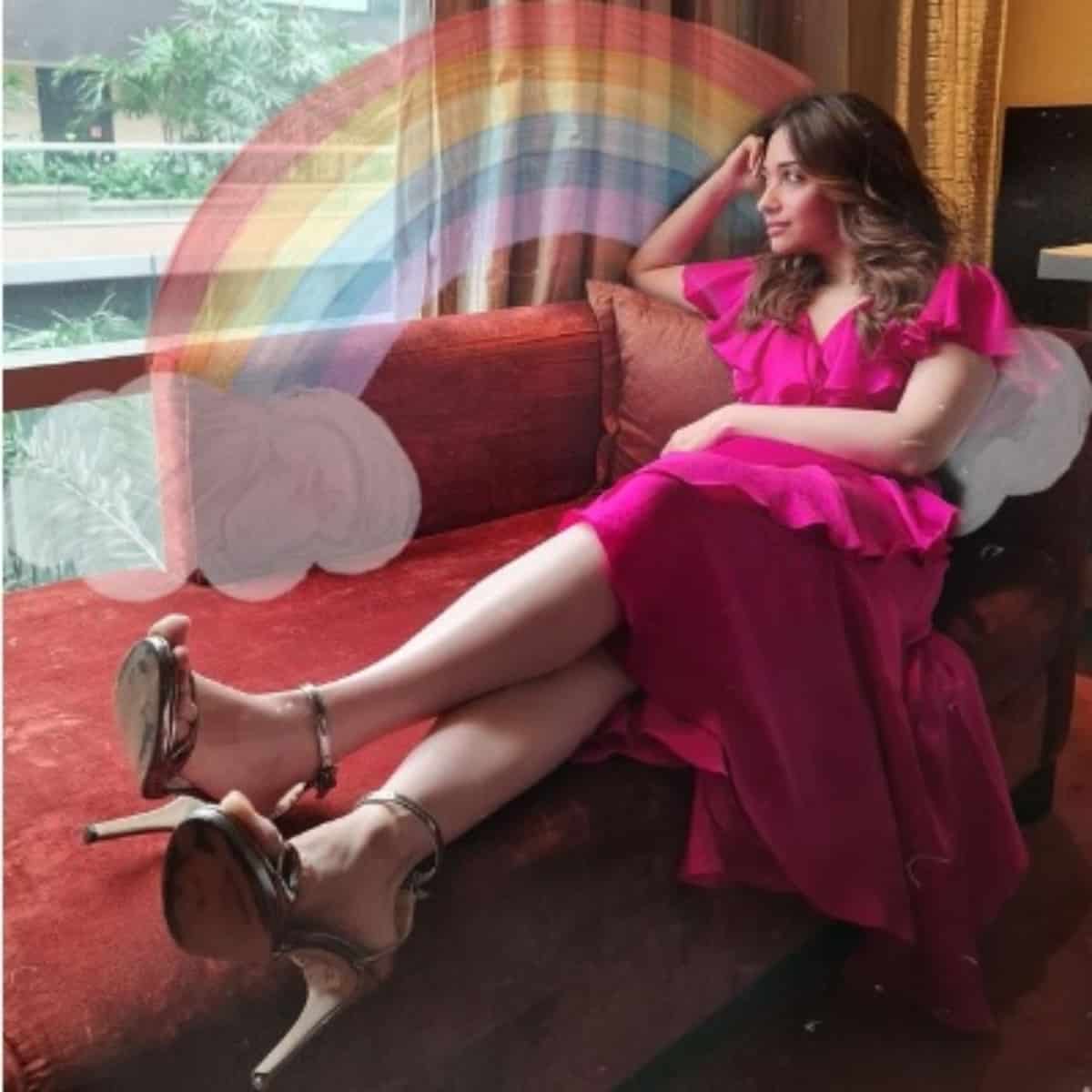 The colour of sensitivity and feminity, Pink, is a woman’s colour. Tamannah Bhatia wore pink like a dream and flaunted her good vibes all over her Instagram. The actress was seen clad in a pink ruffled and layered maxi, sitting on a couch while making us impatient with her whimsical beauty.

“I study rainbows,” Tamannaah wrote the caption as she gives us major fashion goals. She completed the look with impeccable hair curls and stilettos. Along with multiple hashtags, the actress also wrote ‘pink is the new black’, thus expressing her fondness towards the colour.

Tamannah recently made the headlines when she revealed that she will be hosting the Telugu reality show MasterChef. In a similar vein, she also shared a photo in a shiny sequined dress the other day, captured on the sets of MasterChef Telugu. Sharing it, the actress wrote, “Coming soon…”

On the work front, Tamannaah will be next seen in the Telugu remake of Andhadhun with Nithiin as the male lead. Titled Maestro, the film will also feature Tabu, Nabha Natesh, and Radhika Apte.  She is also busy with F3, That is Mahalakshmi, Gurtunda Seethakalam and Bole Chudiyan films.