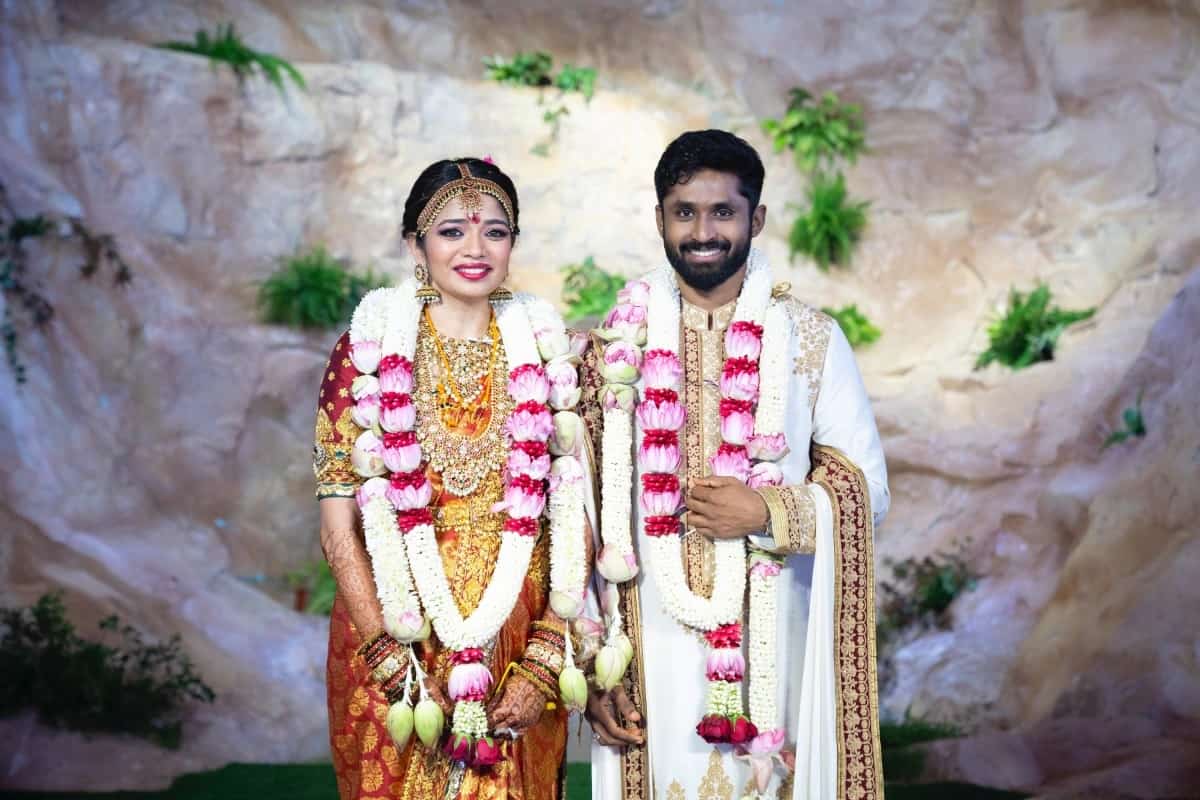 Filmmaker Shankar’s daughter Aishwarya Shankar has tied the knot with Cricketer Rohit Damodaran. The wedding took place today morning at Mahabalipuram following all the rituals and traditions. Strict Covid protocols were followed at the event which was attended by the family members and close aides. Tamil Nadu CM MK Stalin attended the do and blessed the newly-wed couple. State Health Minister Subramanyam and actor, MLA Udhayanidhi Stalin have also attended the wedding and blessed the couple. The wedding pics of Aishwarya and Rohit have gone viral.

Groom Rohit Damodaren happens to be the son of a noted industrialist Damodaren who owns the Madurai Panthers Cricket team. Rohit also acts as the captain of the team. And the bride Aishwarya, a doctor, is the eldest daughter of Shankar and his wife Easwari Shankar.