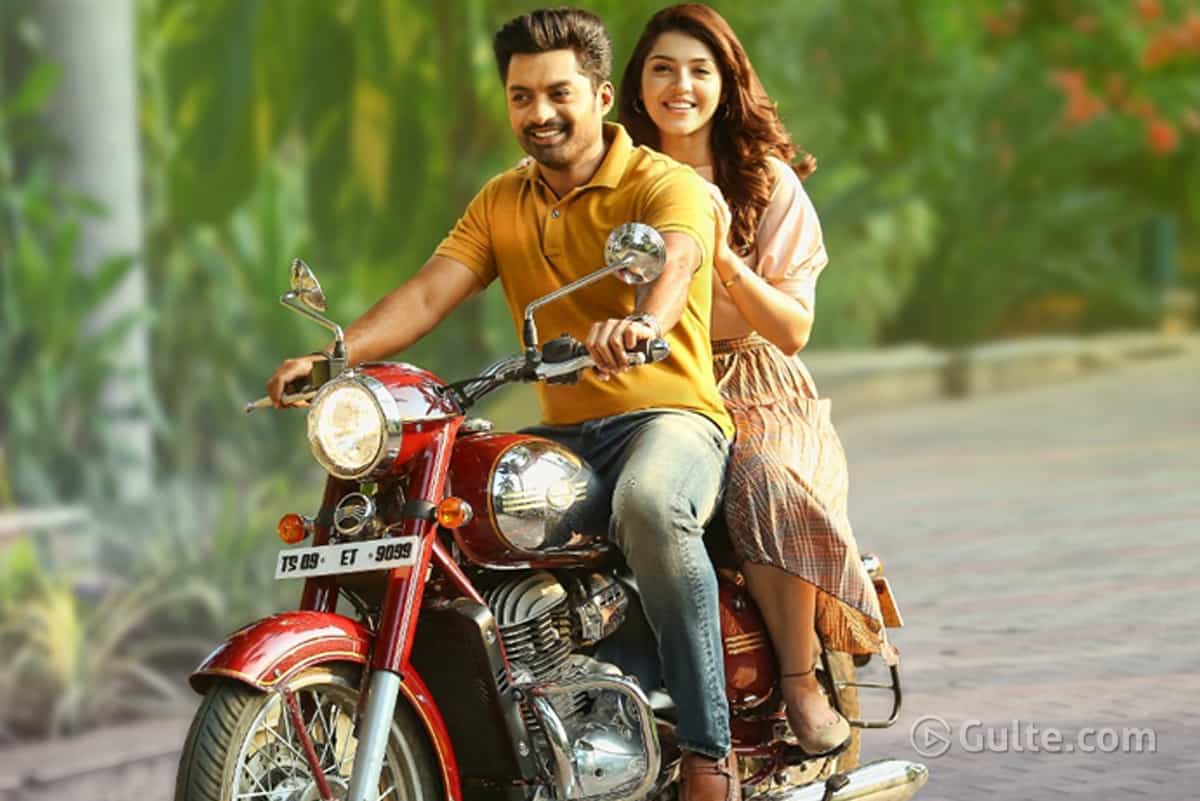 Satish Vegesna succeeded in getting the emotions right in Shatamanam Bhavati, but failed big time in recreating the magic in Srinivasa Kalyanam. He has taken inspiration from a Gujarati film called Oxygen to pull off another miracle like Shatamanam, but Entha Manchivadavura turned out to be a boring snooze-fest filled with forced emotions.

Balu (Kalyan Ram) who lost his parents as a child gets ignored by his relatives. So he decides to fill in the void for all the people that are missing close ones. He also launches an emotions suppliers company that will send a son or daughter or grandson when someone is missing them. How everyone that gets benefited by this company becomes his family forms rest of the story.

Kalyan Ram did his best to fit in but this character didn’t suit his style and body language. Despite his best efforts, Kalyan Ram could only make it watchable in a few instances. Mehreen appeared as clueless as always. Rajeev Kanakala’s character is restricted to a couple of scenes. Vennela Kishore brings few laughs in the second half. Naresh’s character is fun at places. Most of the character actors made it look like a television serial with their performances.

Satish Vegesna should come out of Shatamanam Bhavati mode and explore new ideas than banking upon the same formula again and again. The film’s concept itself is absurd, but the director couldn’t see it and has made all the more tedious with his out fashioned direction and writing. There is not a single scene that evokes emotion. The film doesn’t engage at any point of its runtime.

Gopi Sunder’s background score is okay but the songs are not up to the mark. Cinematography is fine. Editing is adequate. Dialogues are very ordinary. Production values are below par.

A bit of comedy here and there

Satish Vegesna’s Shatamanam Bhavati is such a big hit that he is refusing to explore other themes at the moment. In spite of a mishap like Srinivasa Kalyanam he has once again made a movie with similar theme. Entha Manchivadavura is a remake of Gujarati film Oxygen. Satish Vegesna has rewritten the screenplay for it so that it appeals to the masses. It appears to be a fresh concept at the outset, but the formulaic screenplay makes it another run of the mill stuff.

Renting a relationship is not entirely alien concept for humans. In fact it is one of the industries in Japan. You can hire a relationship that you want from the agencies that run ‘Rent A Family’ business. But a concept like this in a densely populated country like India doesn’t sell. The situations need to be strong and the emotions should feel real to make it look authentic. But Entha Manchivadavura appears artificial right from the beginning and none of the emotions strike a chord.

Television serial like presentation of some scenes has made it even more tedious to watch. The entry of Rajiv Kanakala raises hopes before the intermission, but he gets jailed to make a reentry only during the climax fight. Vennela Kishore is introduced in the second half, but he couldn’t do much to lift this boring drama. The director shows little urgency in wrapping things up with some lethargic scenes and forced emotions. Climax fight is unnecessary and the hospital scene before the end is a knockout punch.

Entha Manchivadavura is made for audience who are used to watch television soaps. This is not a film for festive audience. One should appreciate the confidence of its makers for pitting it against Sankranthi biggies.