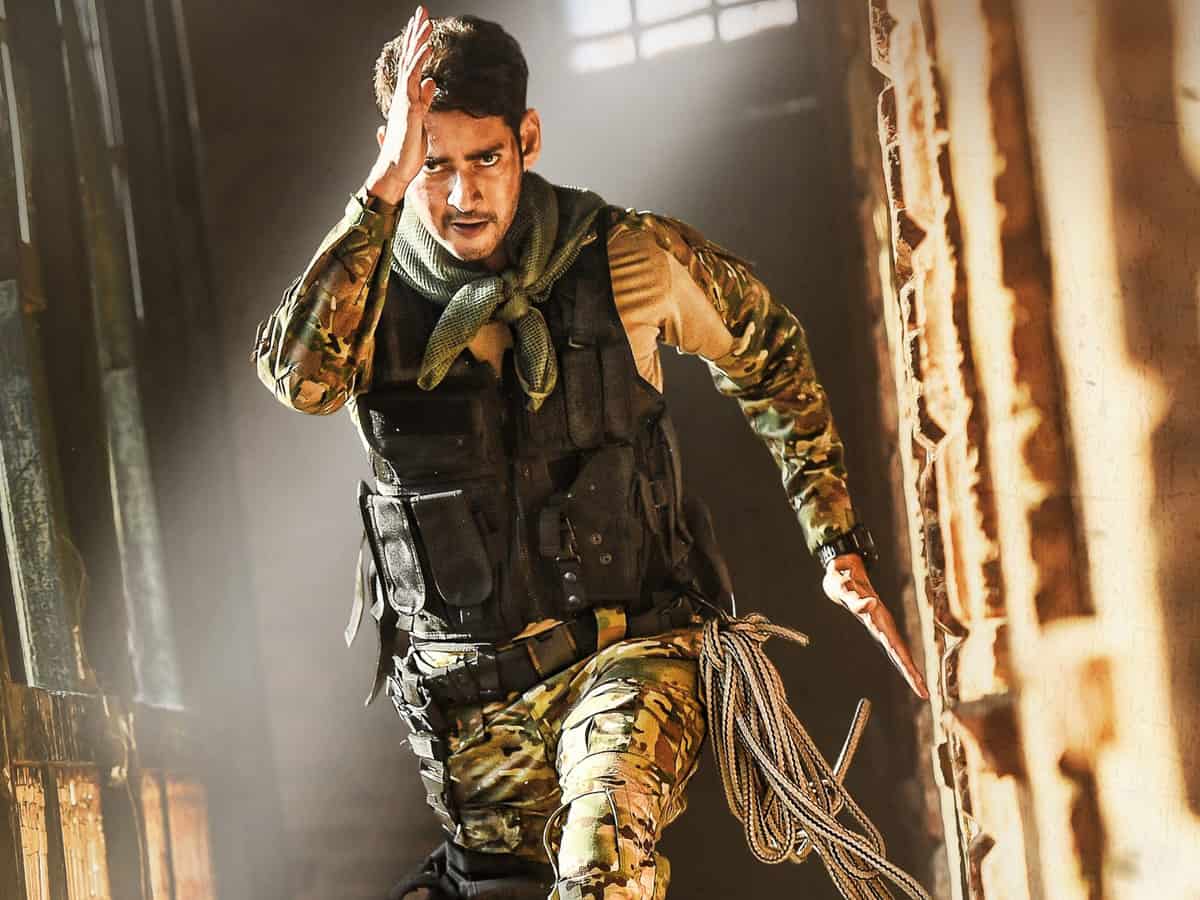 The much awaited Mahesh Babu’s commercial entertainer Sarileru Neekevvaru directed by hotshot director Anil Ravipudi is out in theaters now. Has the film lived up to the enormous expectations and hype surrounding it? Let’s know.

Ajay (Mahesh), a military major goes to Kurnool when his fellow soldier gets fatally injured in a combat. He confronts a minister (Prakash Raj) and saves his friend’s family (Vijayashanti) who is facing death threat. How Ajay solves all the issues of his friend’s family and brings change in the minister forms rest of the story.

Mahesh Babu is at his best in terms of looks and styling. He is super fit as the military major and unlike his recent outings he played a character that is jovial and active all the time. It is a treat to watch him in this energized avatar after a very long time. He has single handedly shouldered the film with his performance and energy levels. Vijayashanti gets a pivotal role and she is good in the role of a professor with principles. Rashmika plays the role of a girl who is awestruck by Mahesh and she is fine within her limitations. Prakash Raj’s character is uneven. It looks powerful at times and looks like a clown in some scenes. Rajendra Prasad is okay as the close aide of Mahesh. Sangeetha makes her presence felt with ‘Never before ever after’ mannerism. Jaya Prakash Reddy’s character is funny. The much hyped Bandla Ganesh’s character disappoints.

Anil Ravipudi’s main strength is comedy and he knows how to cater to the masses. He is in his elements in the first half where the film banks on comedy and heroism. He struggled to get it right in the second half as the story ends right after the intermission itself. He couldn’t sustain the momentum once the ending becomes predictable and villain turns weak. He should have written a better plot than simply relying upon Mahesh’s stardom.

Devi Sri Prasad’s songs are pretty mediocre, but a couple of songs are shot well. Mind Block song is the main highlight with cool choreography. Cinematography by Ratnavelu is topnotch. His camera work stands out in the sequences shot inside the villain’s house. Editing is just okay. Dialogues are good here and there. Production values are superb. The production design is excellent. Kondareddy Fort set looks very natural and realistic.

Comedy in first half

Anil Ravipudi’s movies don’t offer much variety in terms of content. His forte is mixing the commercial elements well with high dose of comedy. However, he didn’t work with any big stars prior to this. A right mix of commercial masala is enough for a mid-range movie where the expectations are limited. But the expectations are unlimited when a top star like Mahesh is at the fore. Anil Ravipudi didn’t have many tricks up his sleeve when dealing with a superstar’s film. All he did is write a couple of action blocks that elevates the hero to give that ‘kick’ to masses and fans. Heroine’s track is presented in a comical way and Vijayashanti’s track is dealt in an emotional fashion so that the director gets the mix right.

However, Ravipudi couldn’t get it right despite having all the commercial ingredients in his script. Heroine’s track is funny only to an extent and appears forced after a while. Vijayashanti’s episodes fail to make the desired impact and don’t connect emotionally. The biggest weakness of Sarileru Neekevvaru is its villain track. Prakash Raj’s character is shown like a powerful man at the beginning and he doesn’t have a clue on how to deal with the military man who straightaway comes to his house and walks away without a scratch. Villain’s character is dead weak that it has become very difficult for the director to keep the graph up after post intermission sequences.

Heroine is brought back and Subbaraju character is introduced to reinstate comedy in the second half, but that episodes didn’t turn out as expected. It gets tedious to watch the routine ‘speeches’ of the hero who tries hard to raise the patriotic feel among the viewers. Ravipudi is aware of the fact that the climax is predictable and he took an unconventional approach to end it. But that doesn’t fit into the commercial template and it in fact raises eyebrows as it doesn’t have any logic to it. On a whole, Sarileru Neekevvaru is a pretty ordinary commercial drama that heavily relies upon Mahesh’s stardom and the Sankranthi season to get over the line.