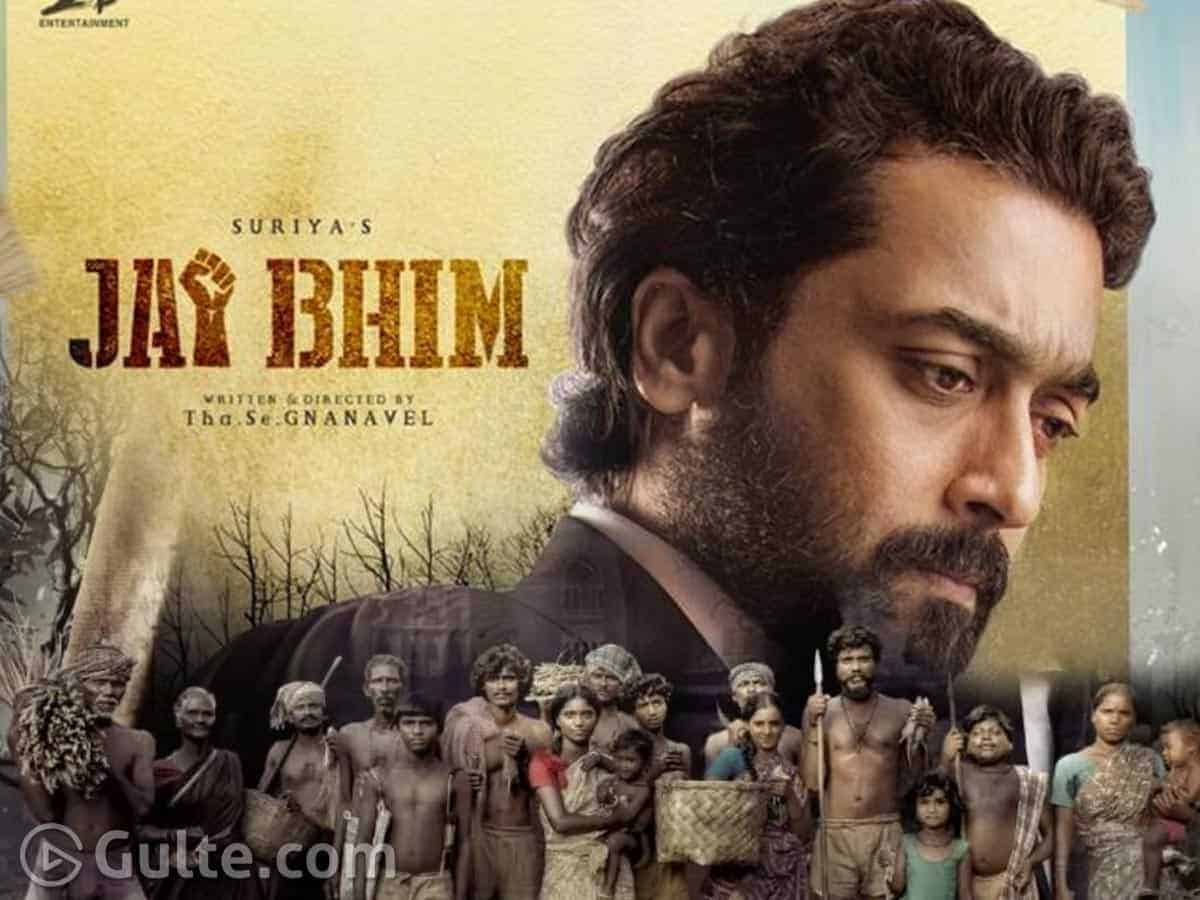 Aakasame Nee Haddu Raa was released on Amazon Prime and won a lot of hearts. Now, Suriya’s yet another film, Jai Bhim has gone to Amazon. The film is a serious courtroom drama and is directed by Gynanavel.

The film is based on a real-life Tamil lawyer named Chandru. He fought thousands of cases for the suppressed and Jai Bhim deals with one such story of Rajanna. He is a tribal who gets framed in a fake robbery case. Rajanna’s wife comes to know about lawyer Chandru(Suriya) and asks for help. Knowing the deep pain caused to the couple, Chandru fights his way and brings justice to Rajanna’s family.

With every film of his, Suriya presents himself in a new manner. He as the soft-spoken Chandru gives a memorable performance. He underplays the emotions and does not show his outburst in any scene. The way he has taken on a seasoned actor like Rao Ramesh is impressive. Speaking of Rao Ramesh, he is a key aspect with his demeaning personality and gives an edge to the film. Manikandan and Lijomal Jose who play the tribal are moving with their earnest performances.

Jai Bhim is showcased in the most realistic manner. The writing is tight as all the police station scenes and the way the innocent couple is tortured is shown in a gritty way. The dialogues written for Suriya and Rao Ramesh are hard-hitting. Sean Roldan’s BGM is riveting, to say the least. The non-linear screenplay is used and it works well. The story is set in the 90s and the beautiful camera work is supported by the able production design. The makeup done for the tribal characters is too good.

Director Gnanavel makes sure that he does not waste time in showcasing the brutality quite effectively. In all this, he shows how the cops operate in such aspects and how big heads are involved in such cases. The first scene where people coming out of the jail are asked for their caste and the downtrodden are taken to other jails in false cases sets the momentum going.

The first half is nicely set up for all this as the lives and problems faced by the tribals Manikandan and Lijomal are shown in an endearing manner. When you think the drama is heavy and things are being dragged, in comes Suriya, and the pace picks up right away. The case details, investigation, and how Suriya handles the people in court, all this is showcased in an effective way.

The first thing that comes to your mind when you start watching Jai Bhim is the Tamil film Visaranai by Vetrimaran. Jai Bhim also has traces of Visaranai as it deals with police brutality in a hard-hitting manner. The film has many emotional moments and will trigger the way you look at others. Jai Bhim is one of those films which leaves a string mark and makes up for a gritty watch.