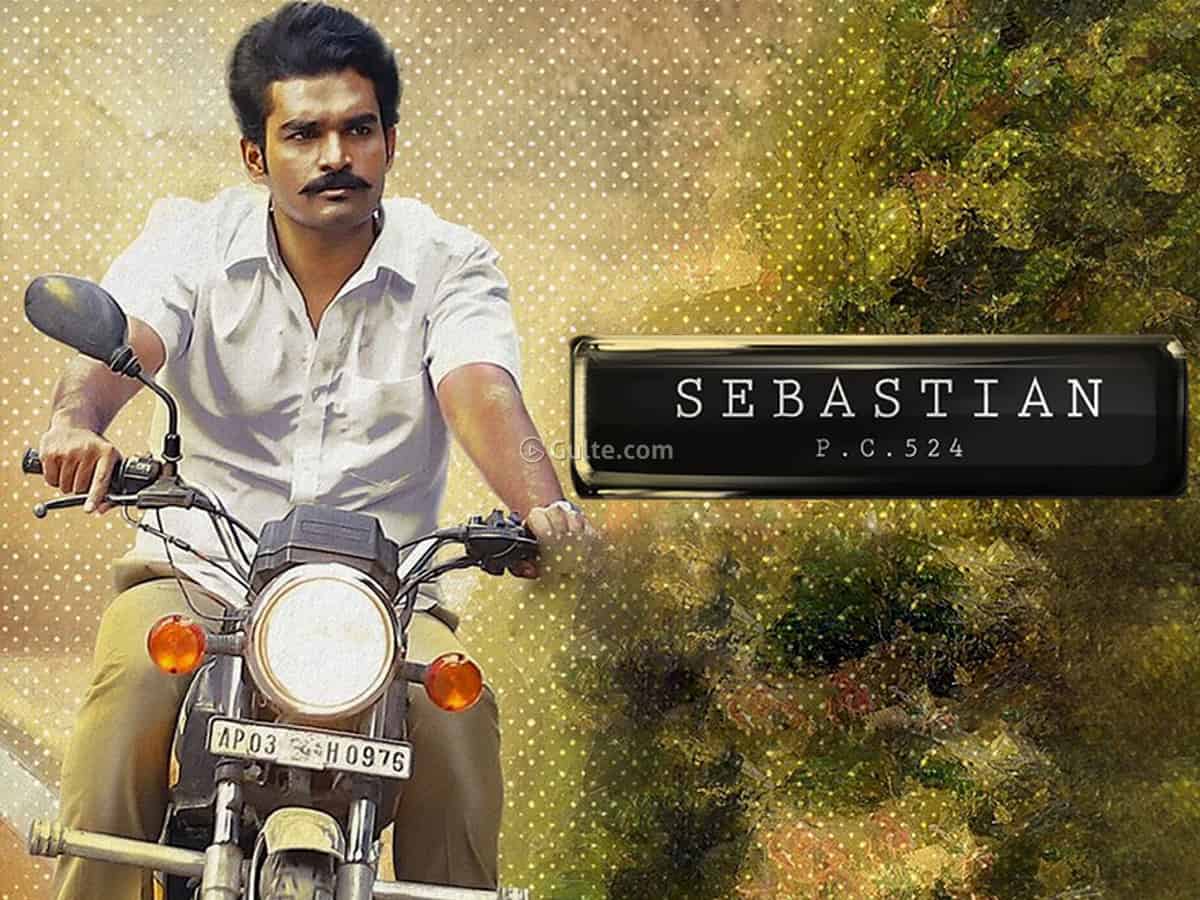 With SR Kalyanamandapam and Raja Vaaru Rani Gaaru, Kiran Abbavaram scored two hits in a row. Being a newbie in town with no family roots in Tollywood, he has got a rare opportunity to score a hat-trick with Sebastian PC 524. The trailer and promos drew attention as well. Has he delivered this time? Let’s find out.

Sebastian aka Seba (Kiran Abbavaram) gets his dream job as a police constable. But he suffers from night blindness that he hides from everyone as he promised to his late mother Mary (Rohini). But he can’t help but reveal his secret to three people (His best friend, his girlfriend and childhood doctor). Due to his night blindness he faces problems in his duty and gets transferred often. Finally he lands up in his hometown Madanapalle where things take an interesting turn. A married woman Neelima (Komalee Prasad) is murdered. Sebastian was responsible in one way due to negligence in his duty at night. He gets suspended from the job. Sebastian decides to find the culprit but his world turns upside down when the three accused in this murder case are his girlfriend (Nuveksha), his doctor and his bestfriend. How does he cracks the murder mystery forms the crux of the story.

Kiran Abbavaram dons a khaki in his third film. Rather being an underdog, he tries to position himself as a commercial hero. Still, Kiran manages to pull off the police character with night blindness well. He brings smiles initially. Nuveksha is confined to a limited role. She doesn’t have much screen presence to leave impact. So are Adarsh Balakrishna, Komalee Prasad. Srikanth Iyengar as Sub Inspector brings great relief in this film. He is fun to watch here. Rohini as usual shines as mother. But the sentiment is overdone. Senior actor Surya as doctor is alright. George Maryan is seen as a church pastor which is a blink-and-miss role. Comedian Ravi Teja evokes a few laughs as police constable Niranjan. The friend who did the negative role is miscast.

The concept of Sebastian sounds interesting on paper. But it flatters in execution. Director Balaji failed to make it an engaging and gripping murder mystery. Writing and making take a huge toll on Sebastian. Camera work isn’t brilliant as visuals are shaky at portions. Ghibran’s background score gets loud at times. The production values appear to be poor.

Sebastian PC 524 starts by giving a peep into the lives of Neelima and Rahul and how they are intertwined with the other characters. Director doesn’t waste much time here and swiftly moves into the story. The entry of Sebastian PC 524 and his initial challenges set up the tone of the film and we’re prepared for what is coming! Halfway through the first half, we feel that the story isn’t moving faster. Director seems to be stuck between investigation drama versus commercial elements such as hero-elevation. He couldn’t do justice to either.

The problem with Seba is the makers took too many cinematic liberties. The police job and the work environment is shown so easily which isn’t the reality. They should have done more research and should have made it more realistic to make this one work. How Seba passes medical tests in getting a police job and how a Sub Inspector (Srikanth Iyengar) could be so lenient. Even if we forgive these, the film has more problems to deal with. The hero-heroine love track lacks emotional quotient and hence it becomes artificial.

The protagonist’s mother Mary’s soul (Rohini) appears frequently wondering whether there is a super-natural genre mixed in the supposed-to-be serious murder mystery. The melodrama involving mother sentiment becomes over the top taking off the attention from the murder mystery. The suspense factor isn’t maintained well which is crucial for murder mysteries. The film holds no interest post interval. In fact, it confuses audiences from various points-of-view and possibilities. Post interval, the film’s narrative takes nosedive. It is all bits and pieces and not in order. The screenplay doesn’t work for the film. On top of these, the scenes get repetitive which tests patience. Though the run-time is not high, still Seba makes one wait for the end.

The only blessing in disguise is the initial portions which have some doses of fun inside the police station. The first half isn’t great. But after watching the second-half, one would walk away with the feeling that the first-half was better. The film becomes predictable towards the pre-climax and the climax has stereotyped cinematic moments. It ends on a very ordinary note. In a nut-shell, Sebastian is a shoddy investigation of a murder that doesn’t cater to the fans of the genre. Neither it has fun nor it has thrill.

Bottom-line: Neither Fun Nor Thrill