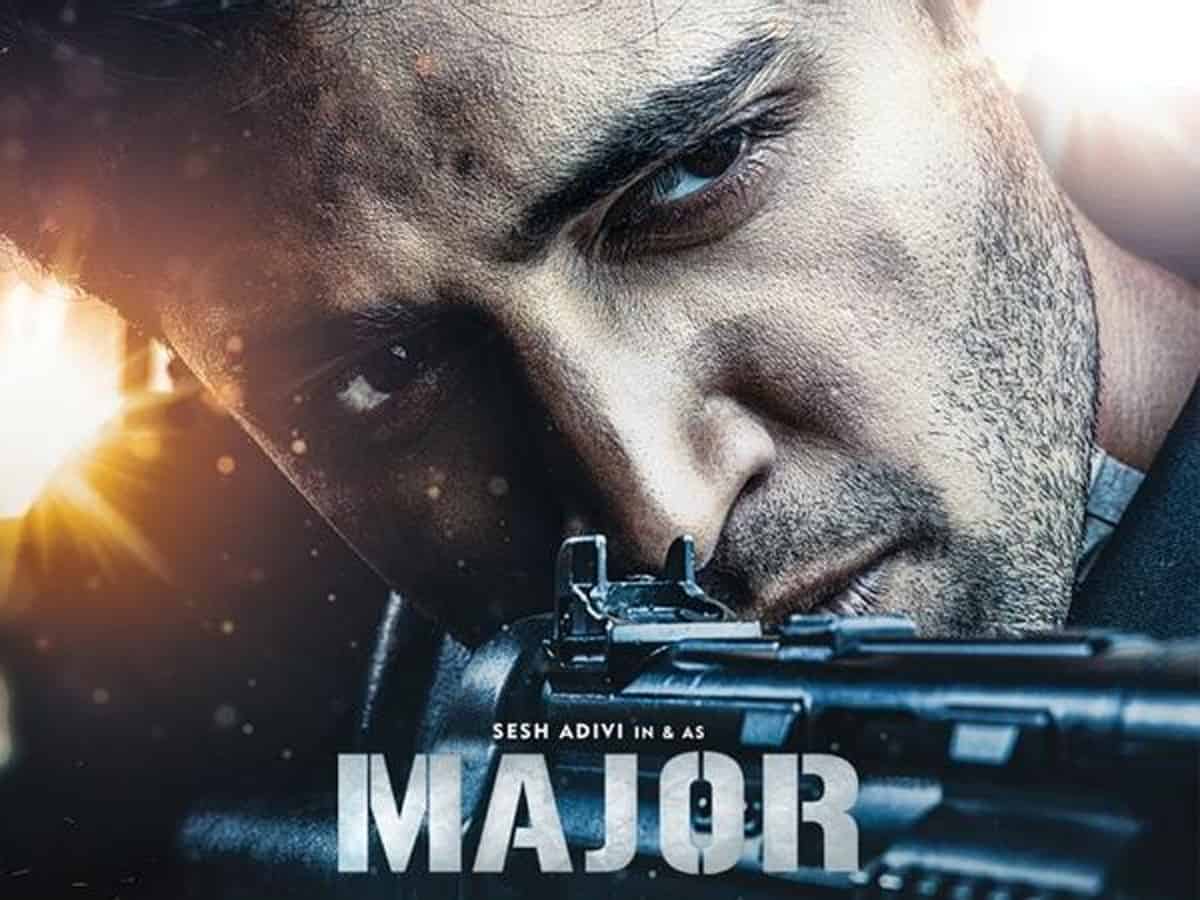 Adivi Sesh’s last outing was in 2019, with Evaru. After a gap of more than two years and a suspense thriller, Adivi Sesh is coming to theaters with a biographical action film on Major Sandeep Unnikrishnan. The movie is directed by Shashi Kiran Thikka and is produced by Mahesh Babu. Adivi Sesh played the role of Sandeep. The movie is in theaters and here is the review.

Major Sandeep Unnikrishnan (Adivi Sesh) is a training officer at NSG and leads the team 51 Special Action Group. The Major along with his team gets into the mission to save hostages from the terrorists at Mumbai’s Hotel Taj Palace. What Sandeep does to handle the situation and save the hostages in the mission is all about Major.

Saiee Manjrekar acted well and this remains one of her best roles for a time. She emoted well and appears mostly in the first half of the movie. Sobhita Dhulipala gets a small yet crucial role, and she did well. Prakash Raj and Revathi acted as Sandeep’s parents. It is a cake walk for Prakash Raj with these kind of roles and he melts us down with his touching words in the climax. Murli Sharma and other actors did fine in their respective roles.

There were many films made on 26/11 attacks, but ‘Major’ mainly deals from the vision and acts of the unsung hero Major Sandeep Unnikrishnan, who saved many hostages. Major is all about a man for whom the country comes first, no matter what.

The first half is partly the childhood of Sandeep towards establishing his dream to become a soldier and later it moves on to the love life until he becomes a NSG officer. The screenplay goes back and forth bringing on his personal life to picture and some of those emotional scenes are really well.

The scenes from his love life come and go just as an intention for establishing the relationship between them two. The director kept the scenes with family and his girfriend crisp so to keep up the pace in second half. There are few impressive scenes like Prakash Raj bringing the NDA admission letter to Sesh, that reveals his heart wanting him to join the army, while his mind doesn’t. Also a scene with Isha, where he pays her a sudden visit and later learns she also planned to meet him, is touching.

The army training song Jana Gana Mana is very good. The background music althrough the movie is intense and captivating.

By the end of the first half, the director prepares us for an action packed ride coming in the second half. The interval bang is a highlight where he lands outside the Taj Mahal palace right at the time the terrorists conduct visible blasts in the hotel.

The pace in the second half of the movie is kept intact and the action packed scenes are very engaging. The two important scenes that remain the high for the film are the swimming-pool scene where he takes out the terrorists in a style and the scene where he answers ‘one’ when Murli Sharma asks how many soldiers should he be prepared to lose. The answer to the question, ‘what does it mean to be a soldier’ is always intriguing and impressive.

The director brings on some emotional moments between the action episodes, like Sandeep’s mom not picking up his call not knowing that it was his last one. The scene is really touching and the expression of Prakash is excellent.

The pre-climax and climax episodes are fully packed with action. The scenes where Sandeep handles the four terrorists and rains down the bullets is perfectly shot and is a thrilling episode.

The tough decision of real Major Sandeep Unnikrishnan to save a life and his thinking during the time are really commendable. It takes a great valour to say ‘Don’t come Up, I’ll handle them’ and it was Sandeep’s last message in 26/11 attacks.

The Major gives us a moment of pride and an emotional breakdown when Sandeep’s father recalls what he felt when he sat where Sandeep breathed his last. His words at Sandeep’s memorial that say the life of Sandeep Unnikrishnan should be remembered and celebrated, are very emotional. While the words by Prakash Raj already touched the audience, the slides of Sandeep Unnikrishnan’s life in the end, are sure to leave them in tears.

For the generation of people who could not recall any other name from 26/11 attacks except Kasab’s and for the generation of people who know 26/11 as an attack from the history, Major is a perfect film to watch. Major is a great tribute to the Indian hero Sandeep Unnikrishnan and like his father said, Sandeep will be remembered for the way he lived.