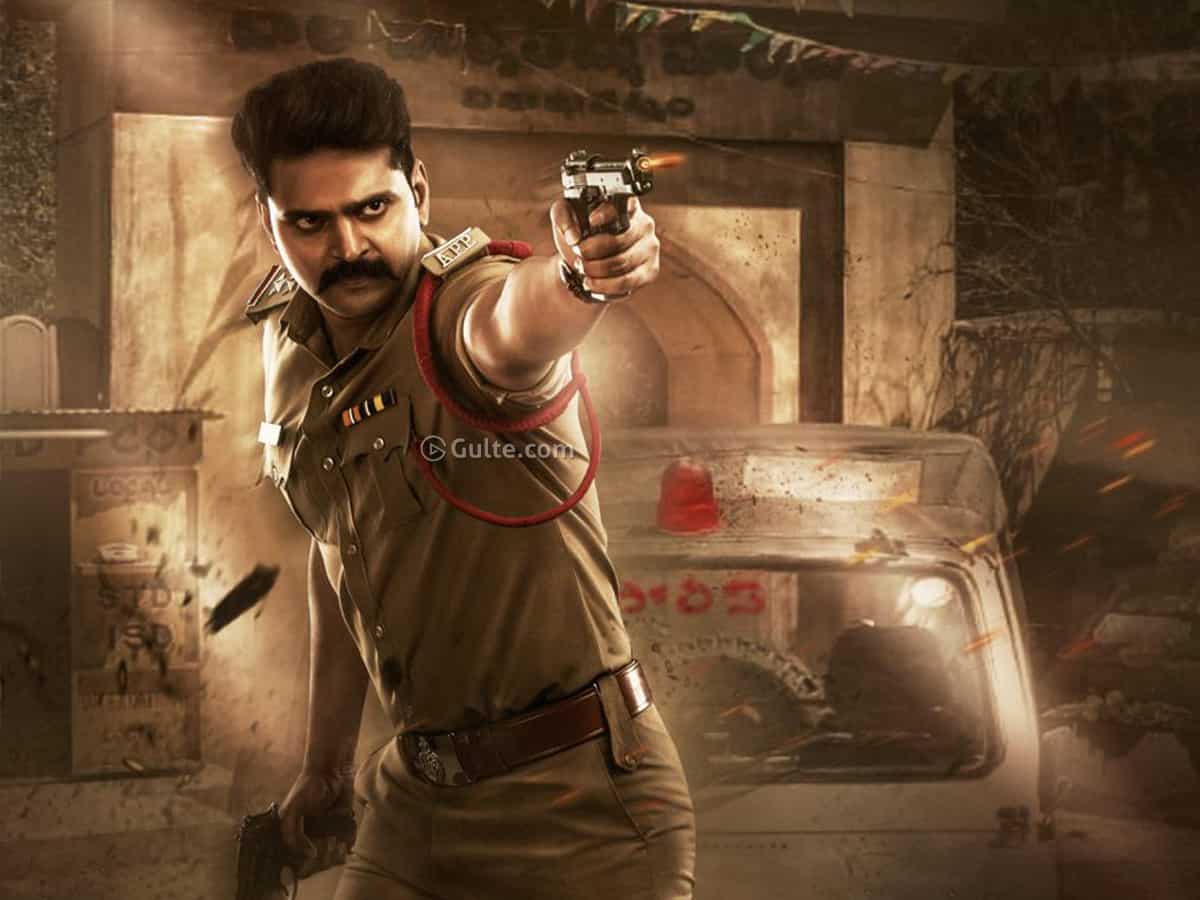 Sree Vishnu, who is usually known for picking up some sensible films and out-of-box roles, has chosen the role of police officer this time around garnering interest. Sree Vishnu turned Alluri. He even took the support from the likes of stars Allu Arjun and Nani for the film’s promotions raising a lot of curiosity. However, reportedly due to some financial issues, the US premieres and early shows in Telugu states got cancelled. Finally, Alluri is in theatres. Let’s find out what it offers.

Ramaraju (Sree Vishnu) is an honest police officer who goes to any extent for justice. He gets several transfers as reward for sincerely performing his duty. More than family, he dedicates his full time in serving public. Ramaraju has given a task to deal with the terrorism problem in the Old City area. What are the challenges he faces and how does he deal with them forms the crux of the story.

Right from the start to the end, it is Sree Vishnu who takes the centre stage. It is one-man show. He dominates in every scene. While he is good in some scenes, in some scenes, he looked miscast for the police role. Heroine Kayadu Lohar gets a role which has no importance. She gets sidelined in the film. Tanikella Bharani has got important role and he delivered what is expected form his character. Suman played Sree Vishnu’s boss Police Commissioner and he is just okay. There are many unrecognised and new actors in the film who largely played as baddies. There is no enough padding.

Alluri has a routine story that is further bogged down by the flat screenplay and bad direction. Newcomer Pradeep Varma failed to deliver a gripping cop drama. None of the technical aspects are good enough to mention. Loud background score may work for some action scenes. But the loudness is overdone and used for non-action scenes as well which makes difficult for viewers. None of the songs and their picturisations are good. Editing is not at all sufficient as the film’s lengthy narration tests audience patience. Poor production values are conspicuous.

Honest and powerful cop stories are done to death. From Ankusam to Police Story to Ram Charan’s Zanjeer to the recent Ram’s Warriorr, police roles always ruled the roost on screen. But there is catch. They come with huge expectations. If one fail to enthral, it indeed backfire. That’s what happened for Sree Vishnu and Pradeep’s Alluri.

Debutant director Pradeep comes up with old-fashioned police drama. No where the film is appealing, barring some hero elevation scenes and the characterisation of the protagonist.

It is only Sree Vishnu all the way. Yet he struggled due to the poor writing. He couldn’t save this under developed and not well conceived movie. It initially takes time to settle and there are some scenes of naxal and cop bonhomie which worked. But that’s not enough. The problem is it is all scenes which are stitched with no link. And the screenplay is pretty flat and boring. On top of it, the making is very economical that puts us off.

While the first half just goes on familiar path, the second half further worsens and makes audience squirm in their seats. The pre climax and climax portions add to the woes. The major problem with Alluri is it is serious throughout but audiences can’t take it so. It is evident that the emotion isn’t worked. The cinematic liberties are abundant too. It’s not bad overall. Protagonist’s characterisation and some elevation scenes hold attention. But all those are marred by flat screenplay and boring narration.

Overall, Alluri is a film which won’t appeal to any sections. Better to stay away from such films and be at peace. There are umpteen options on digital and other platforms to engage.