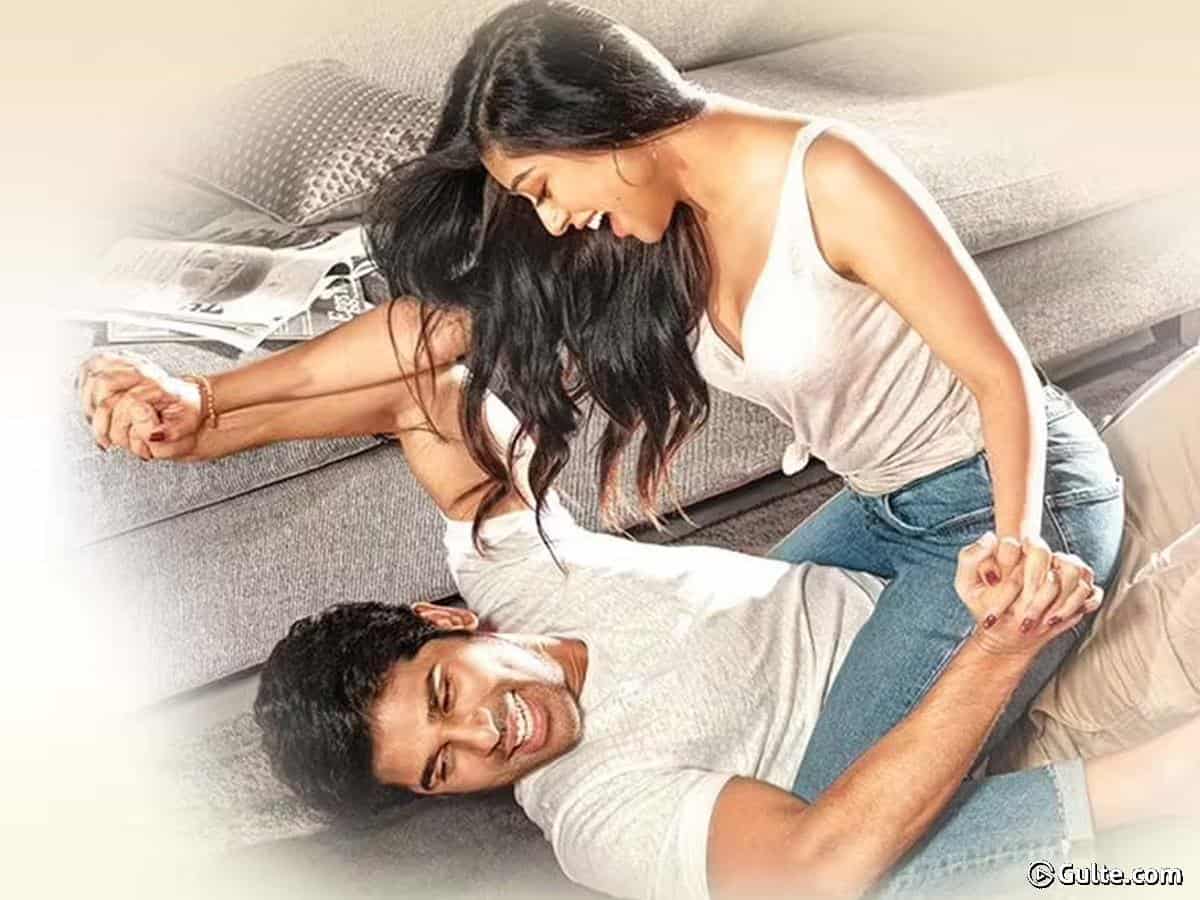 Allu Sirish is coming back after three years with this rom-com Urvasivo Rakshasivo with Anu Emmanuel as the female lead. Directed by Rakesh Sashi, Urvasivo Rakshasivo’s trailer attracted with its intimate lip-lock glimpses and a tease of comedy, but not revealing the plot point. The movie has hit the screens today and here is the review.

Sree Kumar (Allu Sirish) is a regular boy next door from a middle-class family. His parents want him to get married and they are on it when Sree falls for a colleague Sindhuja (Anu Emmanuel) who pursues her dream of owning a restaurant in Paris. They both fall in love and get intimate. The conflict rises when Sree wants to get married and Sindhuja doesn’t. What they finally do and what struggle Sree faces meanwhile is all about Urvasivo Rakshasivo.

Allu Sirish gave a decent performance yet there is still he could do to make many scenes better. He did the fun scenes well and also the romantic scenes. Anu Emmanuel appears as an ambitious and practical girl. She fit the role and she performed well.

Vennela Kishore and Sunil took care of most of the comedy section and they really did their job well. Vennela Kishore’s OTT terminology one-liners often bring laughs.

Aamani, Posani, Prithvi, and others did fine in their roles.

Urvasivo Rakshasvo is made with good production values. The movie has decent background music and the songs are just fine. The story of Vurvasivo Rakshasivo is not new but it is the subtle comedy that saves it from monotonous scenes of drama.

The screenplay is fine. The cinematography is classy and it enhances the theme. The writing is good, particularly during the argument episodes.

A typical middle-class boy falling for a modern colleague is not a fresh story. But it is the taking of the director and the narrative that could make it interesting. Urvasivo Rakshasivo manages most of it, not mainly due to the romance but because of the funny scenes that worked at regular intervals.

The initial setup and the way the scenes follow, Urvasivo Rakshasivo reminds us of many recent films until it takes a different route from them. The chemistry of the lead couple works well and at one point it appears that the intimate scenes could have been cut down a little.

The arguments and heated exchange of words between the lead couple are written well. The viewpoints between them are balanced well during the emotional scenes. Also, the funny lines written for Vennela Kishore and Sunil manage to entertain most of the time.

The first half goes breezy and funny until the predictable interval. The story post-interval takes off differently into more fun and a little bit on the sentiment side keeping the former in domination. The mother sentiment and the related conversations look cliched and that is where the drama in the second half gives a feel of lag.

Urvasivo Rakshasivo has things that work well, like timing, comedy, and breezy entertainment. Then there are some stale episodes like a modern-practical girl with extreme clarity drops everything she dreamt while going to the airport. At least, the director avoided a routine pre-climax before heading for a conventional climax.

Overall, Urvasivo Rakshasivo is a passable romantic comedy, that has the ‘com’ factor that works better than the ‘rom’ factor, with a smooth narration.