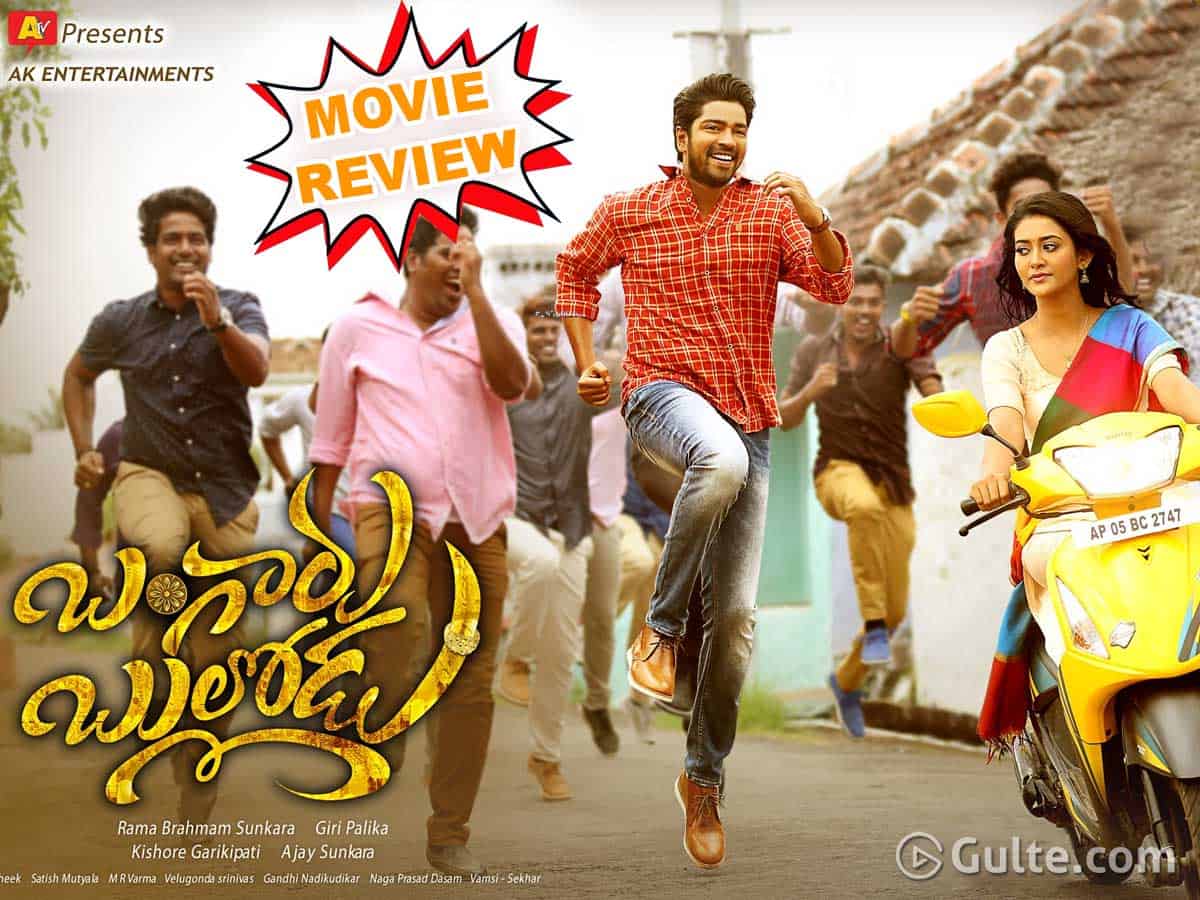 Allari Naresh is back after a long hiatus and sadly he couldn’t find a script that can put him back on track. Bangaru Bullodu is a colossal disappointment.

Prasad (Naresh) is a bank employee who uses the mortgaged gold in his bank to help his goldsmith grandfather (Tanikella Bharani) correct his mistake. His grandfather uses the gold of deity to save his daughter and replaces it with imitation gold. He wants to replace original gold due to guilt and Prasad etches out an elaborate plan.

Allari Naresh looked very uninterested as if he knew the outcome of this film. The lack of energy reflected on every scene and the already mediocre scenes made it a tedious affair to sit through. Pooja Jhaveri is okay as the village belle. Posani, Vennela Kishore, Praveen and Tanikella Bharani have done similar roles many times before.

Director Giri Palika chose an outdated plot and tried to make it work by mixing comedy and the tension factor, but it didn’t work at all. Bangaru Bullodu looked dated right from the beginning to the end. Dialogues are bland and the music is very ordinary. Only the remix song makes an impression. There’s nothing to mention about other technical aspects. Production values are below par.

Comedy here and there

Bangaru Bullodu revolves around gold all the time as if the story was written after fixing the title. Despite the importance of gold in the story, the director still inserts a dialogue in the end to justify the title of the film. It was a custom in eighties movies to mention the title of the film in the climactic episode. Director Giri’s ideas and comedy also are straight out of the rural comedies that we had seen in the bygone era.

Allari Naresh was forced to sit idle for doing inane comedies and Bangaru Bullodu proves that the actor hasn’t learnt anything from his failures. Bangaru Bullodu is a film that cannot be watched on an OTT platform when you have the luxury of watching it by sitting at your home. People who have stepped into theaters will rue their decision right from the beginning.

There’s not one standout comedy scene that will make you laugh or an emotional scene that works. Even the romance track looks contrived with the female lead acting spineless. Wonder what instilled confidence in the makers to invest into this outdated stuff where every actor seemed mechanical and every performance looked lifeless.

With zero buzz around it Bangaru Bullodu needs a miracle to remain in theaters until next weekend.