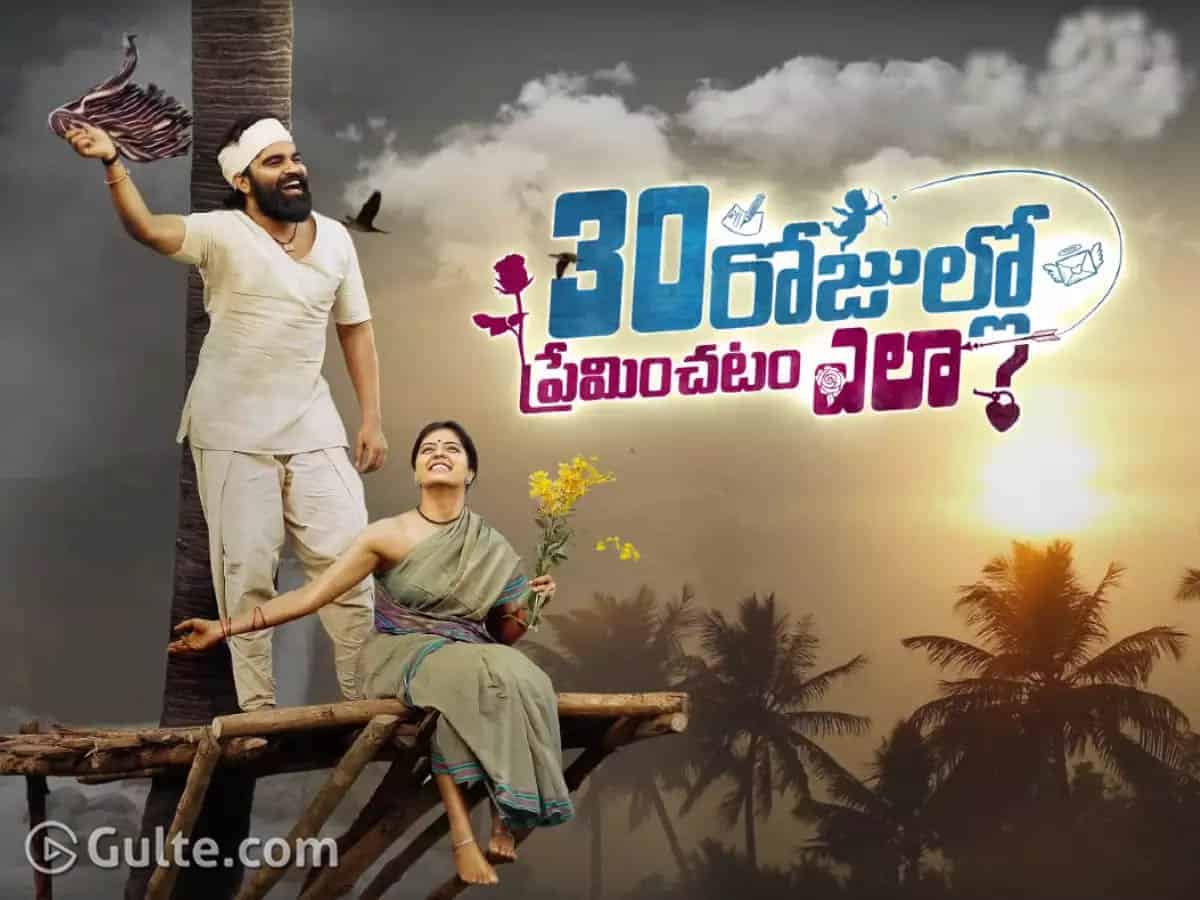 30 Rojullo Preminchadam Ela is the debut vehicle of Television host Pradeep. Neeli Neeli Akasam song rendered by Sid Sriram clocked over 300 Million views on YouTube is the reason for the buzz around 30RPE.

Arjun (Pradeep) and Akshara (Amritha) are neighbors and also classmates but hate each other. They switch bodies in a strange situation and should figure a way out of it. There is also a reincarnation angle to this love story.

Pradeep exhibited confidence playing a character with different shades. However, he repeated the antics from his television shows. Amrita Aiyer is okay in the first half but appeared clueless in the second half where she needs to smoke, drink and wear short dresses. Harsha and Bhadram only get to mouth outdated jokes. Subhalekha Sudhakar appeared comical in a serious role. Posani, Hema and Sivannarayana’s performances are over the top.

Munna penned a script by mixing the famous ‘body-switch’ concept of the Hollywood and the reincarnation concept of Indian cinema and made an unbearable rom-com out of it. All the college jokes and family scenes seemed dated and the screenplay is pretty bad. Only Anup’s Neeli Neeli Akasam is the best thing about this film and there’s nothing much to talk about other technical aspects.

The story is a mix of Hollywood film ‘The Boy Girl Thing’ and the reincarnation theme. Hero and heroine switches their bodies and should live like that for thirty days. Strangely, the timeline is extended for another thirty days, which makes no sense as the film itself is titled 30 Rojullo Preminchadam Ela.

Director Munna presented the college scenes and the parents of the lead actors in an out fashioned style. He has not only lifted the main idea of the film from a Hollywood movie but also shamelessly copied scenes from popular Telugu movies also. A lengthy scene where the mothers of female students come to the college hostel and beat them black and blue is lifted from Pataas film.

The director simply wasted time in the first half with so many parody scenes and needless songs. Subhalekha Sudhakar’s character of the Sadhu also is presented in a comical way although unintentional. Second half is a slog with the film dragging on and on for no reason. The protagonists overcoming the hate towards each other and fall in love in thirty, err sixty days. However, it seems like an eternity for the helpless audience.

There’s nothing more in the movie besides the super hit song and its full video is available on YouTube. So, be wise and watch the song if you feel like watching the movie. Buying a ticket to watch the whole film will make you regret in the first thirty minutes itself.