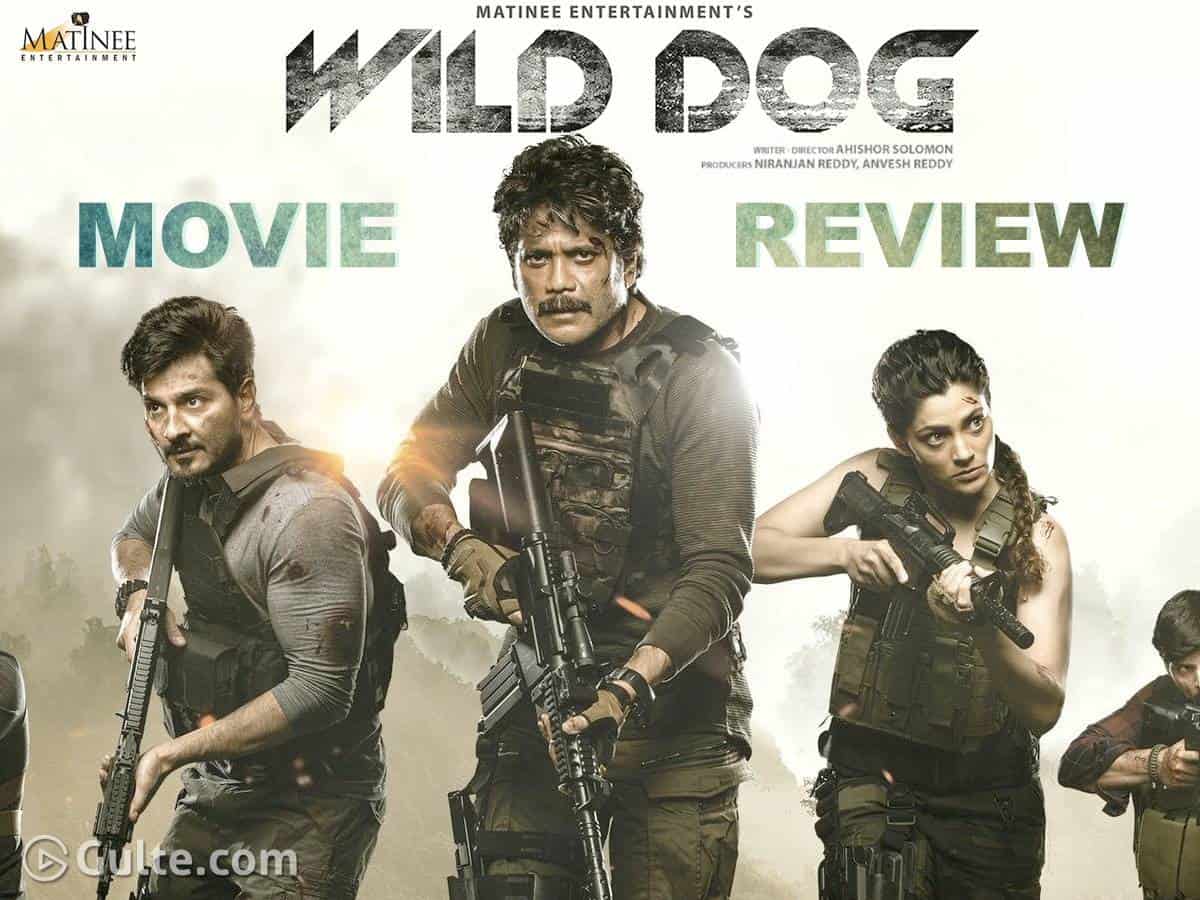 The real-life incident of Yasin Bhatkal has inspired Oopiri & Maharshi co-writer Ahishor Solomon to pen a story and make his Telugu debut. Nagarjuna, who is always open to experiments, has donned the role of NIA officer who risks his life. Though the terror-backdrop investigative thrillers are done to death, the real-life inspired story gives this one an authenticity. Is that all enough?

What Is It About?
Vijay Varma (Nagarjuna) is an honest and sincere NIA officer. He is a law unto himself who is famous for fake encounters and killing the culprits. This makes him and his team distance from the NIA. Situations force Vijay Varma to take up the challenge of cracking Pune Bakery Bomb Blast. Operation Wild Dog is headed by NIA Officer Vijay Varma and his team hunt down terrorist Khalid Bhatkal who is hiding in Nepal. Khalid is backed by an influential local MP and his political force. This makes it hard for Vijay & team. Can Operation Wild Dog succeed?

Performances
Nagarjuna has brought matured performance to the table. He carried off the portions well. Notwithstanding the age, he did the stunt scenes appropriately which is crucial for a film like Wild Dog. Shivam Malhottra as Terrorist Khalid fits the bill. His sequences are not powerful enough. Ali Reza is just alright. He gets preference in the team as he is the blue-eyed-man of Nag. Some dialogues of Ali about Bachchan and a scene about his acting interest appear forced and not in good taste. But it is passable. Rest of the team members are good. Dia Mirza’s blink-and-miss appearance as Priya, Vijay Varma’s wife, has no impact. Saiyami Kher as RAW agent Arya gets a significant role in the Nepal episode. But she doesn’t shine above her role. Atul Kulkarni, as usual, fits the role. Avijit Dutt as an elderly Nepal MP is fine.

Technically, Wild Dog has a lot of advantages. Cinematography and Thaman’s thumping background score make the film engaging. Lack of songs work in favour of the film. Even the flashback scene establishing Vijay and his daughter’s love is shown aesthetically without wasting screen time. Writing is decent. Direction could be better. There are several scenes that lack the impact they deserve. Solomon has stayed true to its genre. The stunt sequences are handled well.

The film dives into the story without wasting anytime. It starts with a gory bomb blast at a famous bakery where innocent lives are lost. As the pressure mounts on the government to crack the case and nab the criminals, the ministry decides to hand over the case to NIA’s Vijay Varma. Vijay has a condition to take up the case where he wants his team back. The initial investigation scenes are normal like any investigation.

Vijay has a personal loss where he had lost his darling daughter Navya in Gokul Chat bomb blast. The principal suspect in the Pune Bomb Blast, Khalid Bhatkal, has a connection with the Gokul Chat blast. This gives the personal connection to the protagonist Vijay Varma with the case. So, Vijay is on a mission to arrest terrorist Khalid alive and get him convicted.

First half has some dull moments. Ali Reza is plotted among the Indian Mujahideen by sending him to a prison where Khalid’s old protege is jailed. The sequence builds curiosity on what happens next. The pre-interval scene is good. But the whole cat-and-mouse chase between Vijay Varma and Khalid lacks the impact that is actually needed. Post interval, the film shifts to Nepal where the real story of hunting begins.

There is a scene in Nepal where NIA officer Vijay Varma asks a cop helping them to arrange for a large number of weapons. The surprised cop asks, “Is It a war?” And Vijay Varma nods, “It is a war.” That sets the tone and mood for the further proceedings. The patriotic moments are sustained but those are not enough to lift it further. The forest episode and the landmine blasts give us sense that makers took cinematic liberties.

The climax scene turns predictable where an ambulance is used to cross the Nepal-India border. The ambulance fight between the protagonist Vijay Varma and terrorist Khalid makes the Wild Dog an ordinary watch. Of course, the corrupt officer in India is cliched. All these lessen the seriousness in the film in the final proceedings. Throughout the film, the background score is well maintained. The visuals are stunning. The film could be a decent OTT watch as it is an old wine in a new bottle.